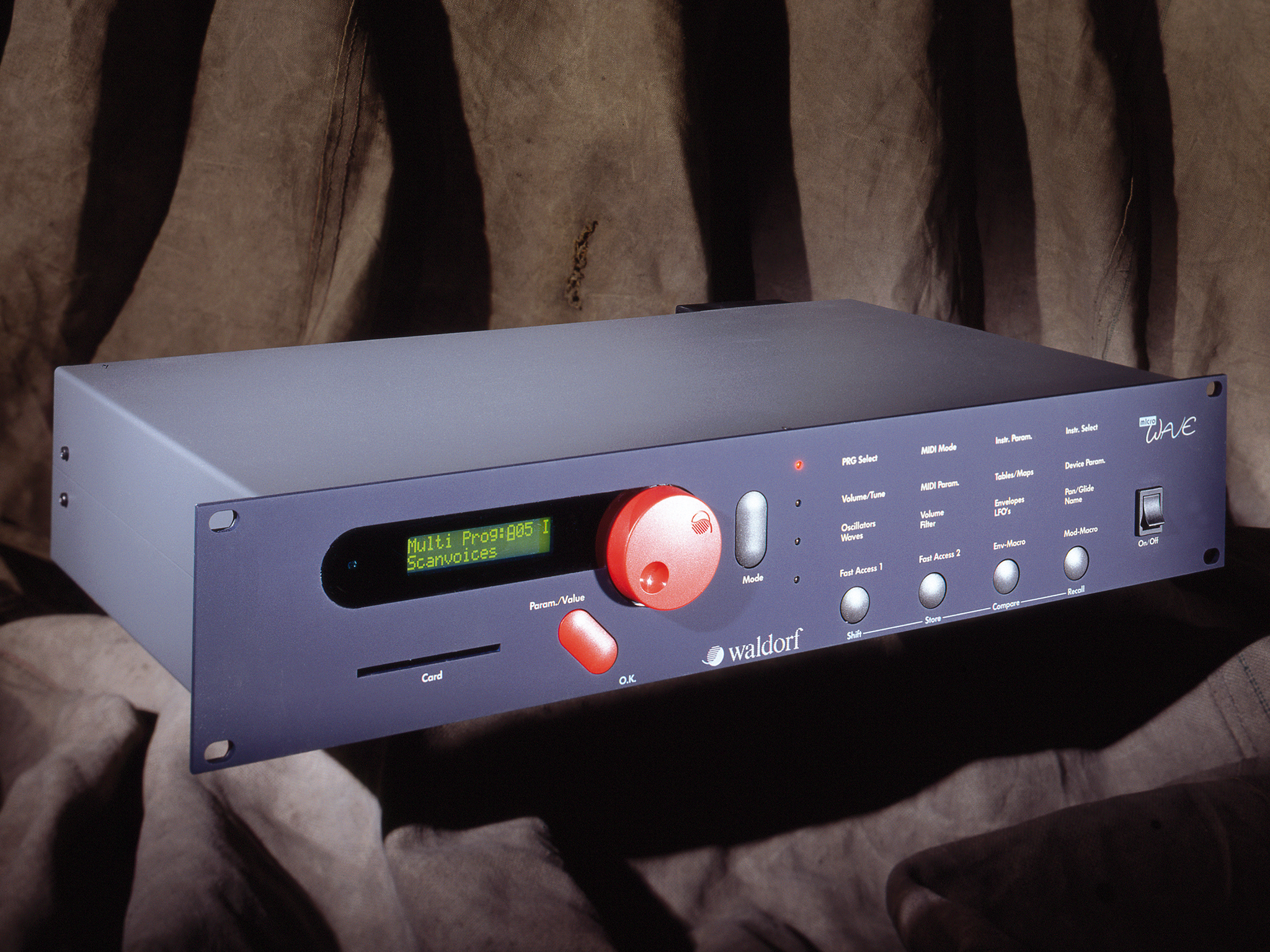 The wavetable synthesis-based Microwave was both the first product from then-newly-founded Waldorf Electronics and my first mass-produced industrial design, working within the confines of its 482.6 x 88.9 mm front panel to provide a memorable, independent ‘face’ with which to present this 19-inch (2U) rack-mount synthesizer to the ever-changing electronic musical instrument marketplace.

Technologically, the Microwave was a PPG Wave synthesizer cast in silicon. So Waldorf used fat-sounding analogue filter chips behind its wavetable oscillators — just like its legendary ancestor. With only eight voices, the Microwave had to cheekily compete against a rising tide of polyphonic, sample-based sound modules.

The Microwave’s main control unit is centred ergonomically around a large red controller. Confirmation and matrix buttons — with highly frequency when programming — are directly reached from the operating position of the right hand with the thumb and ring finger without ever having to reposition that hand. The display is located behind a milled out Plexiglass panel that graphically integrates with the main controller. The MIDI LED is located on the left, behind the Plexiglass panel in the centre of its semicircular shape.

The display and control unit as a whole are in the golden section — the division of a line so that the whole is to the greater part as that part is to the smaller part, a proportion of which is considered to be particularly pleasing to the eye. Therefore, the vertical Mode button for the selection of the parameter matrix is located vertically in the middle of the front panel, and the Waldorf logo, which I designed at the same time, is also located in the middle of the front panel.

As a tribute to its PPG Wave ancestry — arguably amongst the most coveted high-end synthesizers of the early Eighties, we chose blue as the basic colour of Microwave’s front panel, but in a much darker shade.

I also designed the Microwave logo during this early period as Waldorf Electronics’ designer, a design that would (partially) reappear a little later on the mighty Wave. With the success of the Microwave, Waldorf was encourage to pursue a self-confident, humorous advertising style, supported initially by the linguistically-great Wieland Samolak (Synthesizer Studio Bonn). 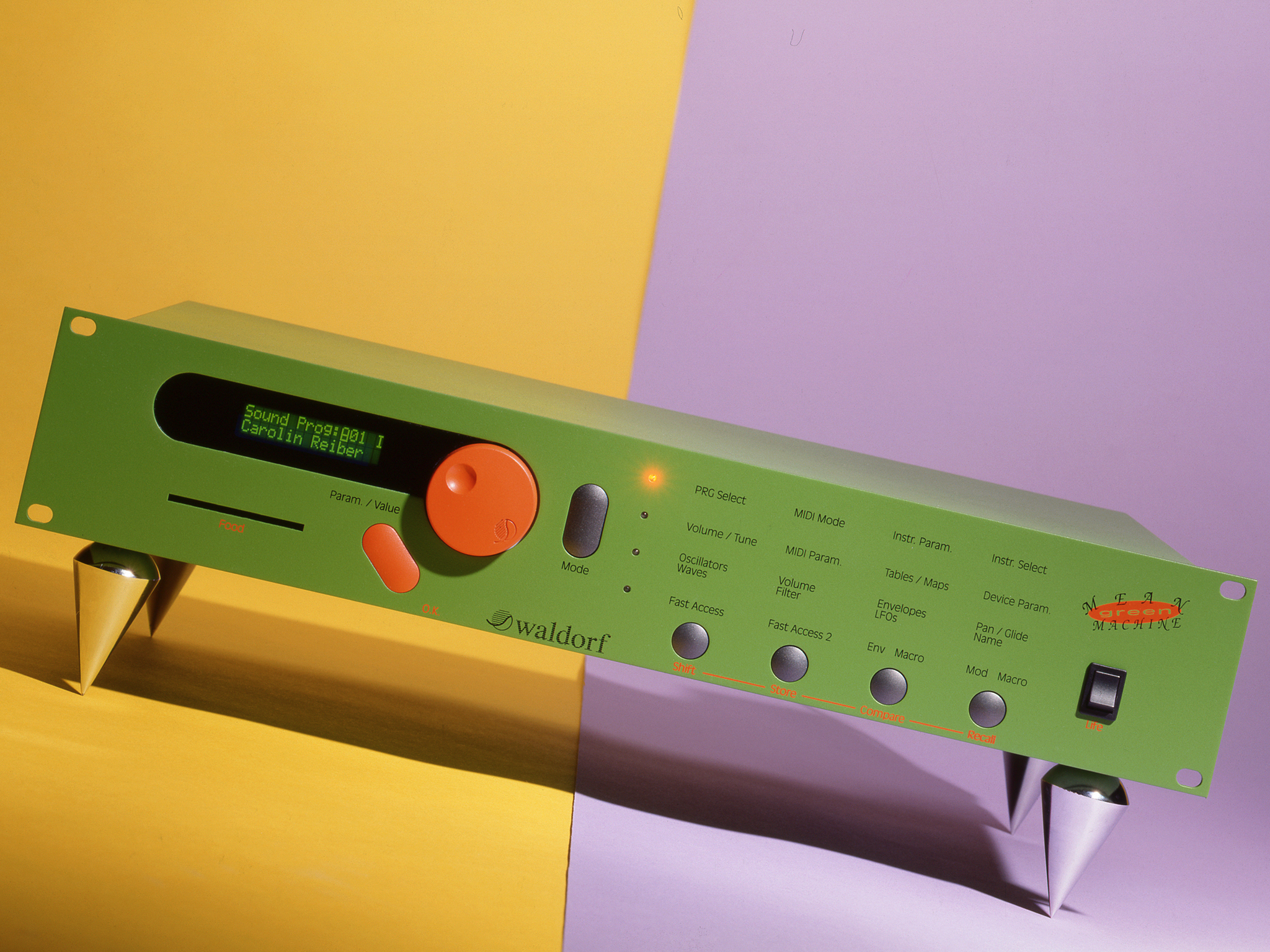 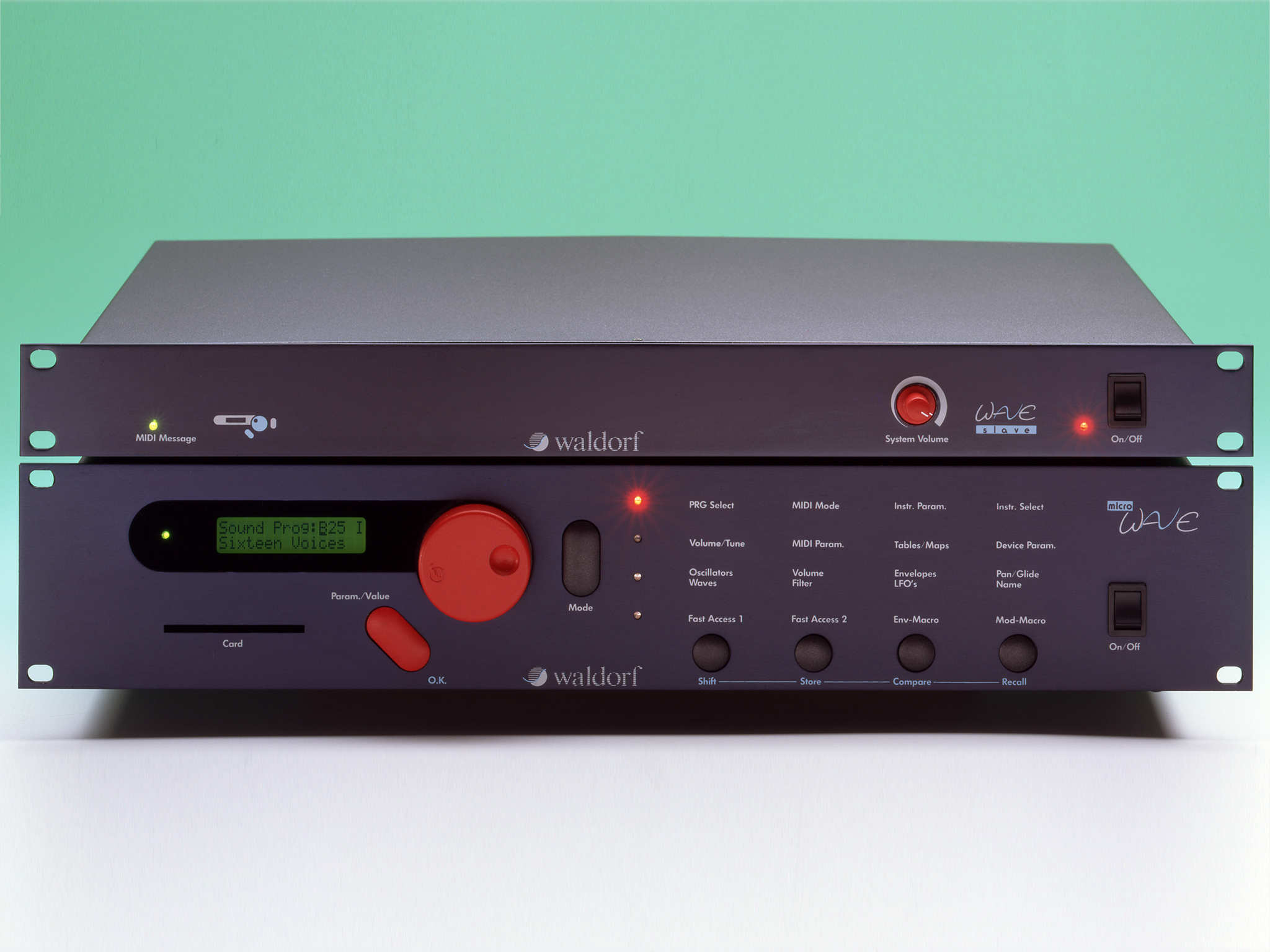 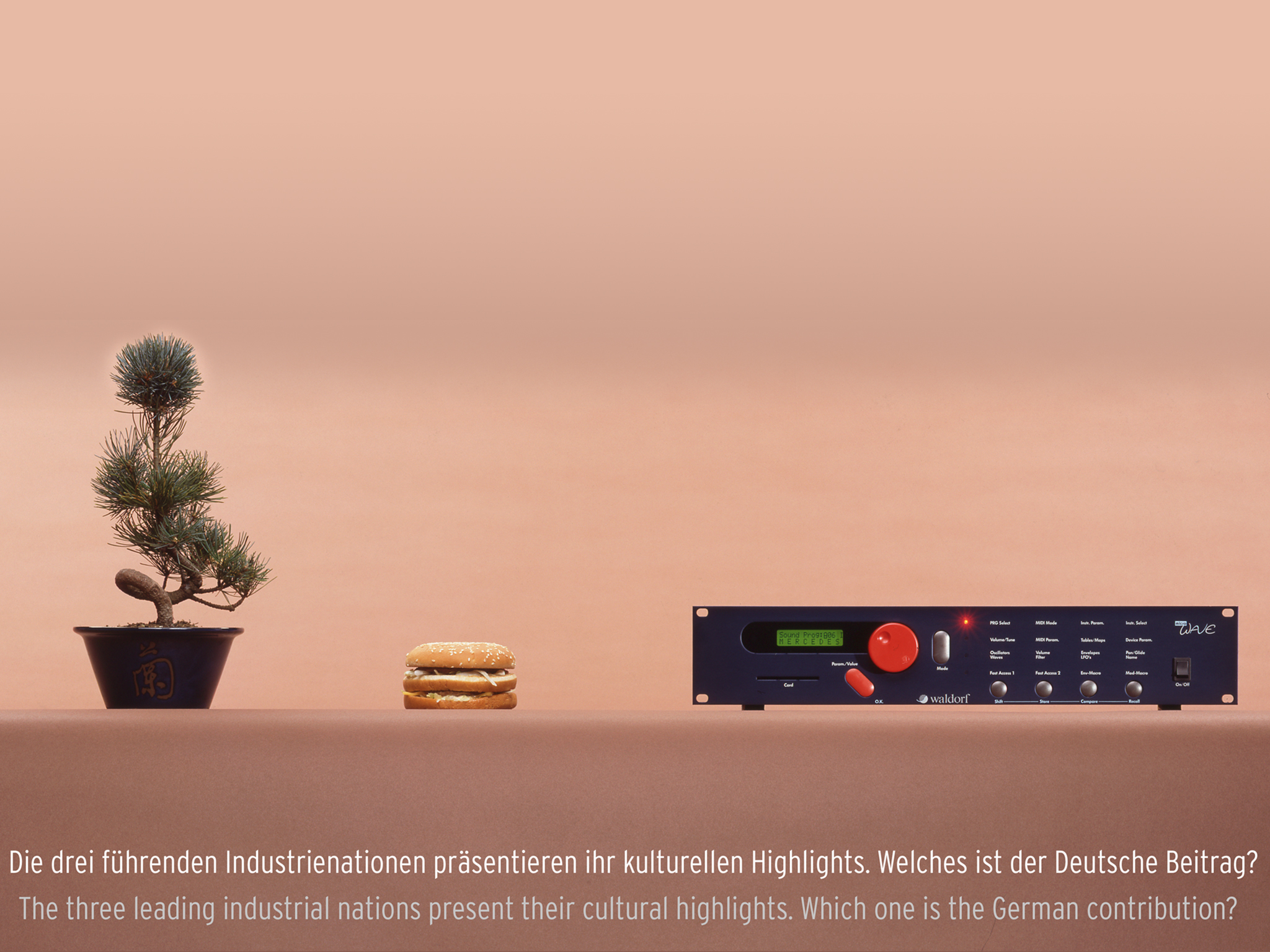 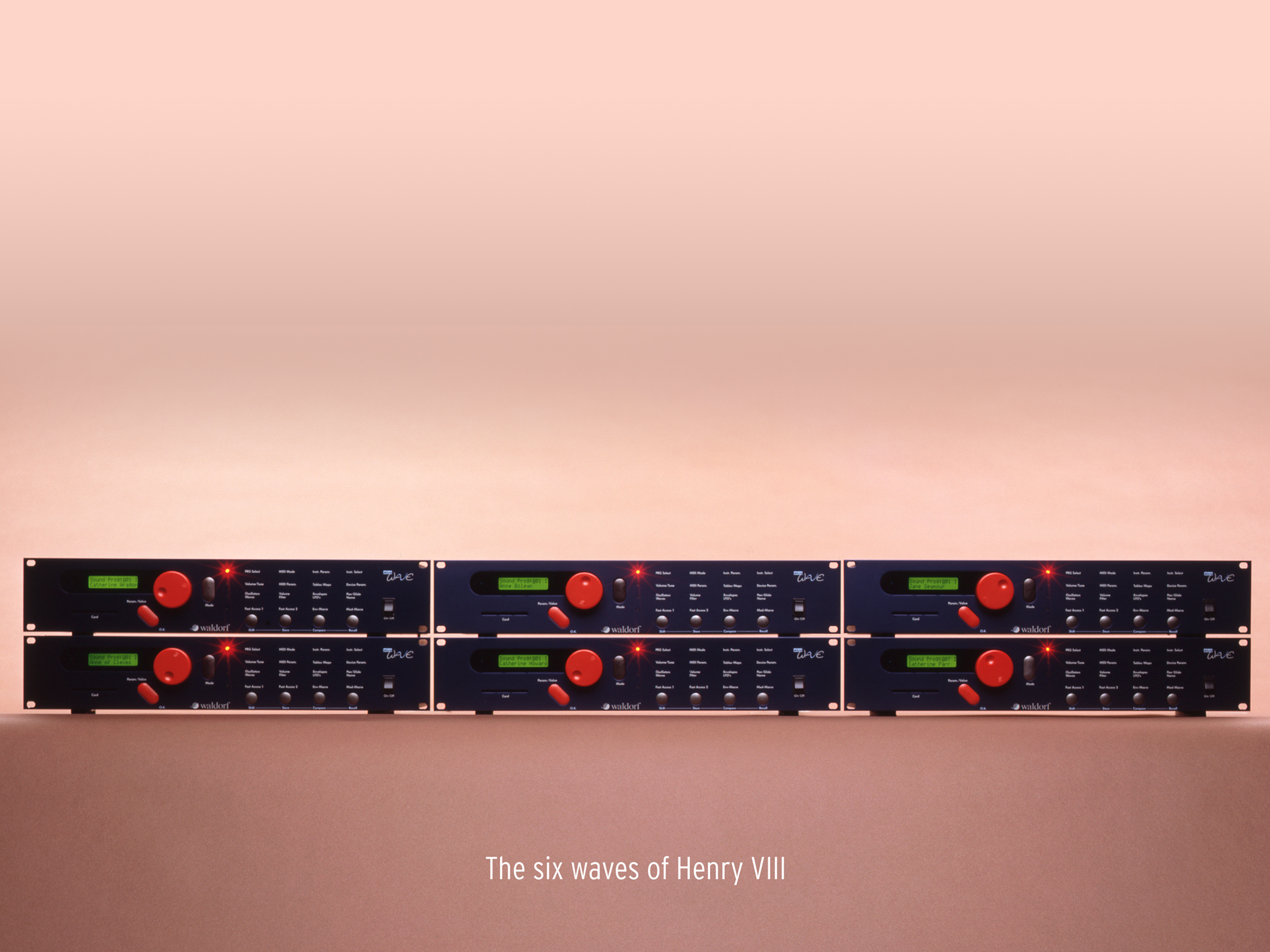 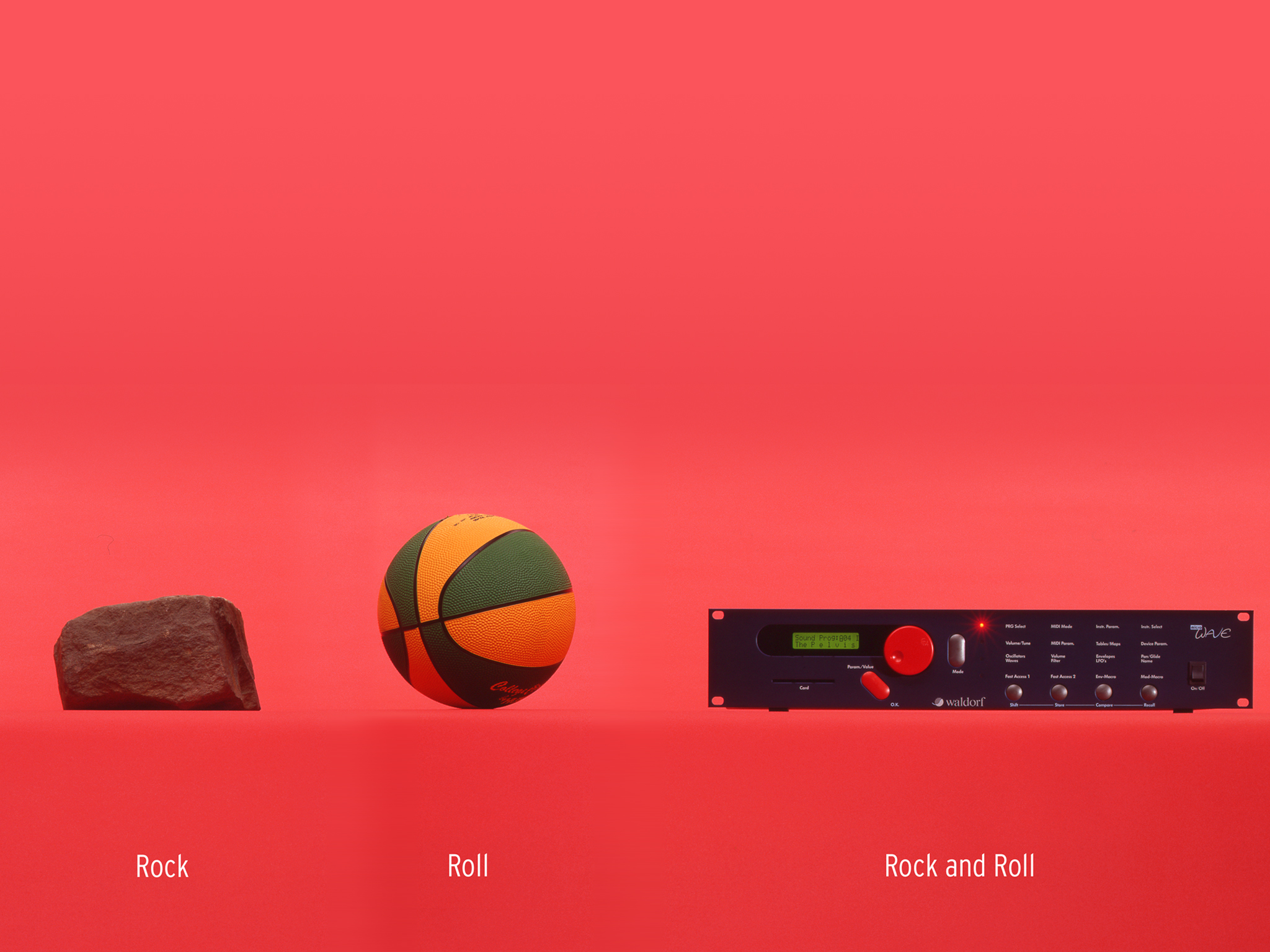