For many years I had tried to fulfil my hopes and dreams of designing an instrument for one of the large Japanese manufacturers. When the Japanese Keyboard Magazine published an in-depth feature about my work in 2000, I took this as an opportunity to travel to Japan and visit some of the instrument manufacturers there. Among others, I met the founder and CEO of Roland, Iketaru Kakehashi, who, during a long conversation, advised me to start my own synthesizer company. Clearly, he was not interested in sharing intimate product development secrets with a designer from Germany!

Several years later, I met Junichi Miki, Iketaru Kakehashi’s successor, at Musikmesse in Frankfurt. I sent him my designs for the 20 synthesizer in 2016 with the idea of packaging an existing instrument from the Roland range in a similar way. With the synthesizer market somewhat diffused at that time, this was why Roland were maybe more open to the idea of collaborating with me.

My first joint project with Roland was to develop designs for the AX-Edge keytar, but then a big project followed, although I was not aware than I was drawing what would become the new form of the successful FANTOM synthesizer series with those first design concepts.

Besides the typical components of a multitimbral workstation, the specifications provided by Roland included an almost fully-developed synthesizer unit to be directly accessed from the panel. As a unique selling point, this area was to be accentuated, so I based its design on classic Seventies-Roland styling, but integrated the position and design of the knobs and buttons into the overall structure of the instrument. It was important to me to tame the panel as much as possible, so strictly congruent horizontal and vertical alignment of the controls with each other worked well.

The case proportions give the 61- and 76-key versions a flat, modern appearance. In order to maintain this for the significantly higher 88-key version, however, the side panels of the housing were subtly shaped in several steps. A continuous red accent band on the back of the housing ensures a striking stage presence. 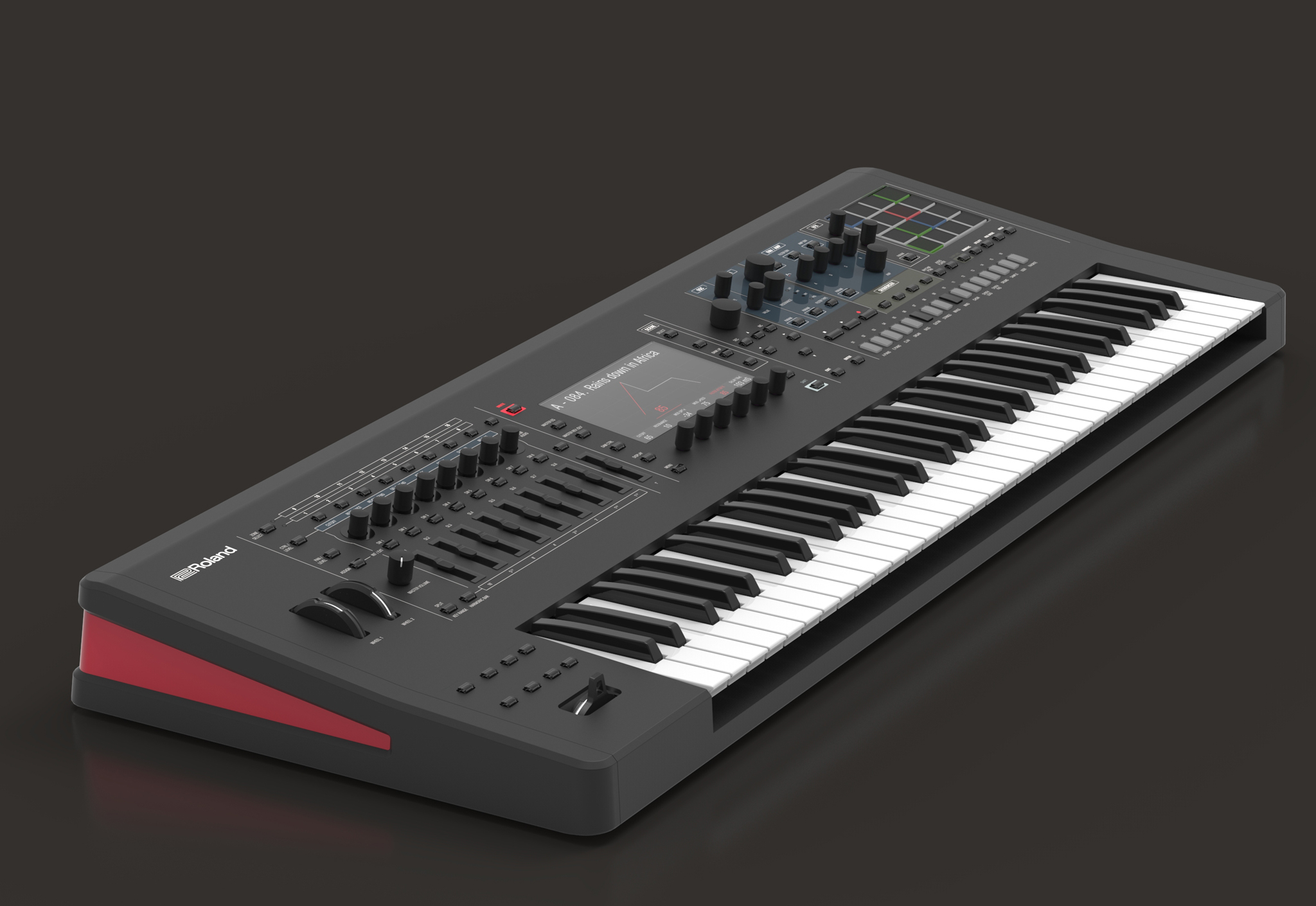 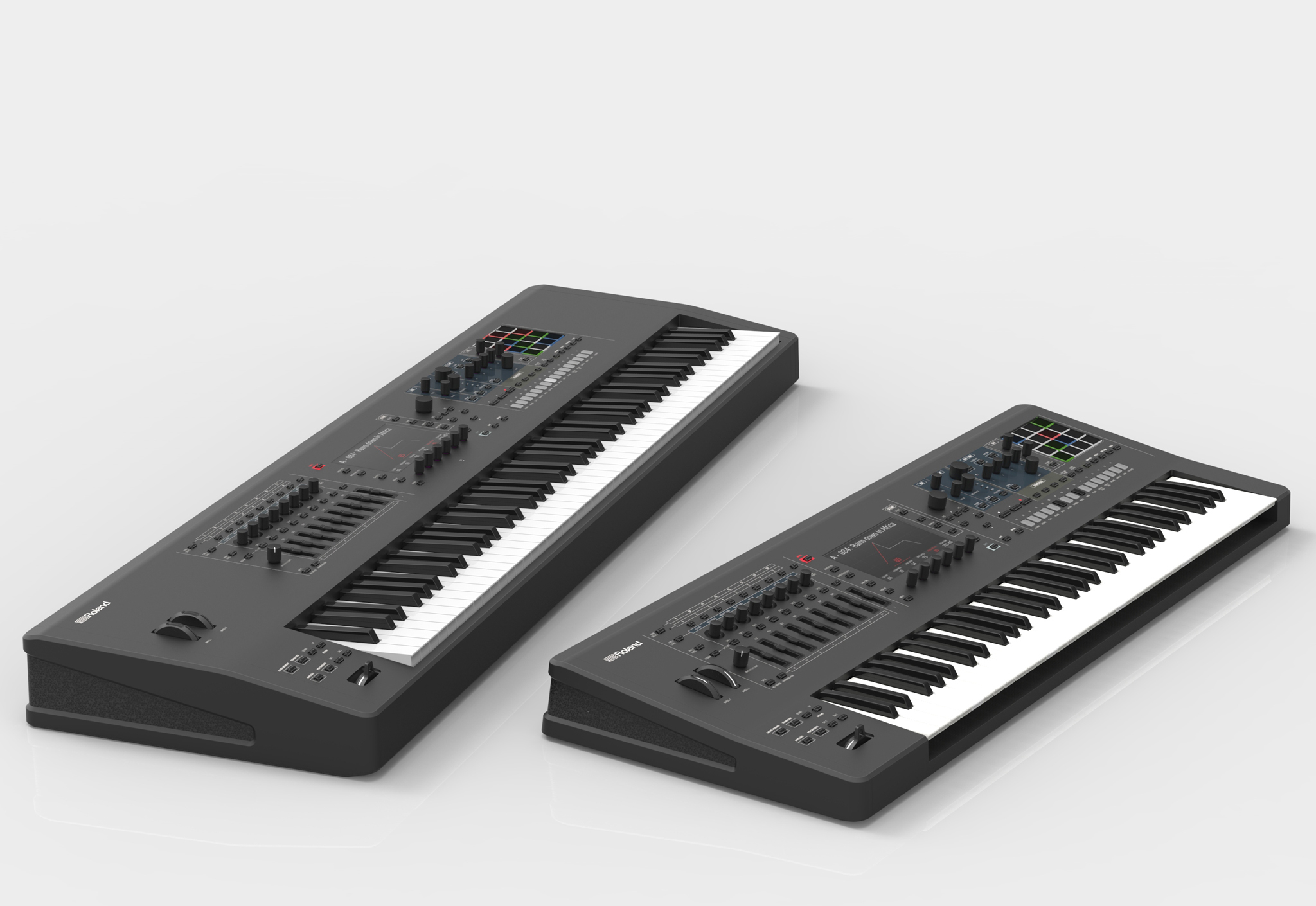 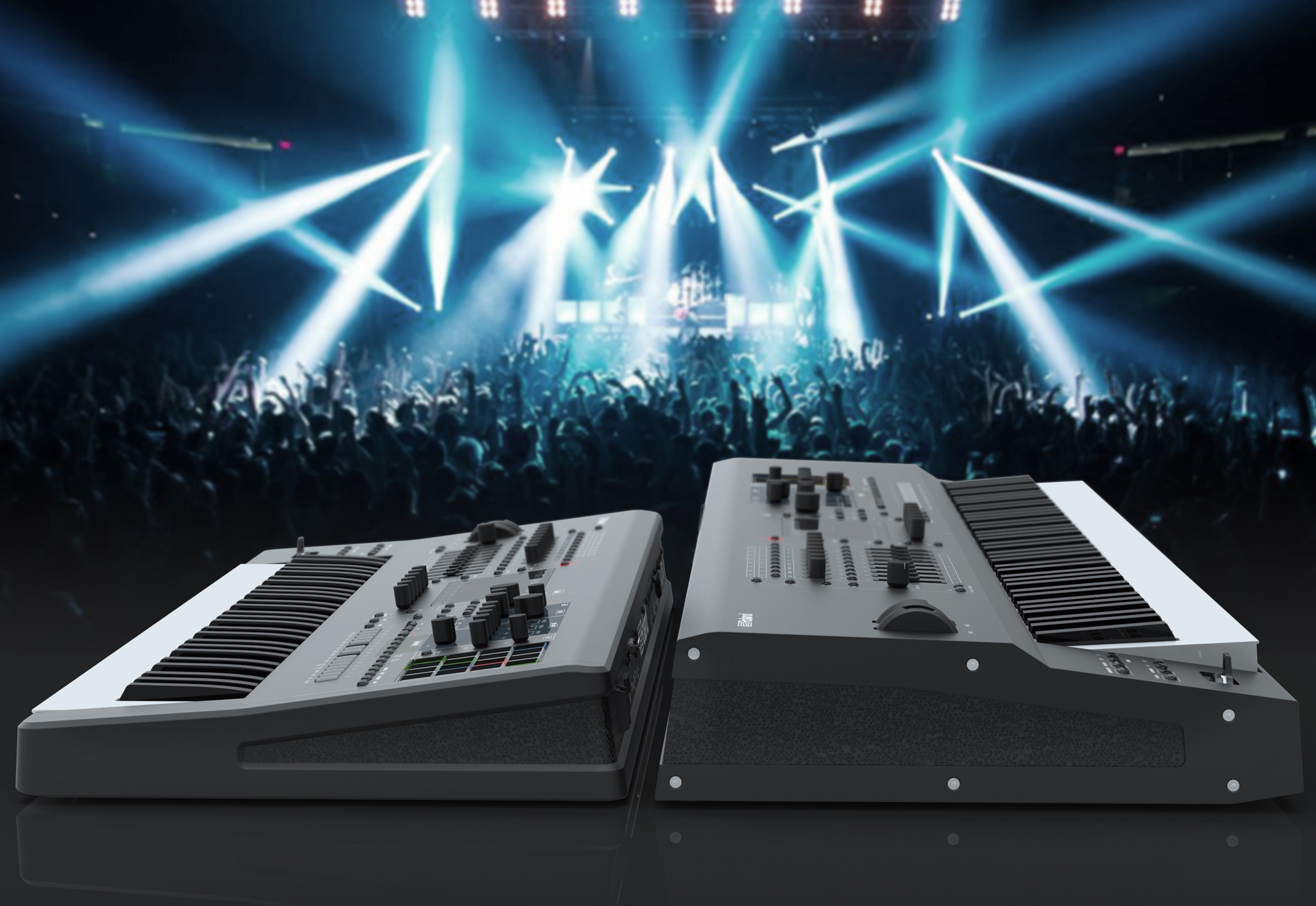