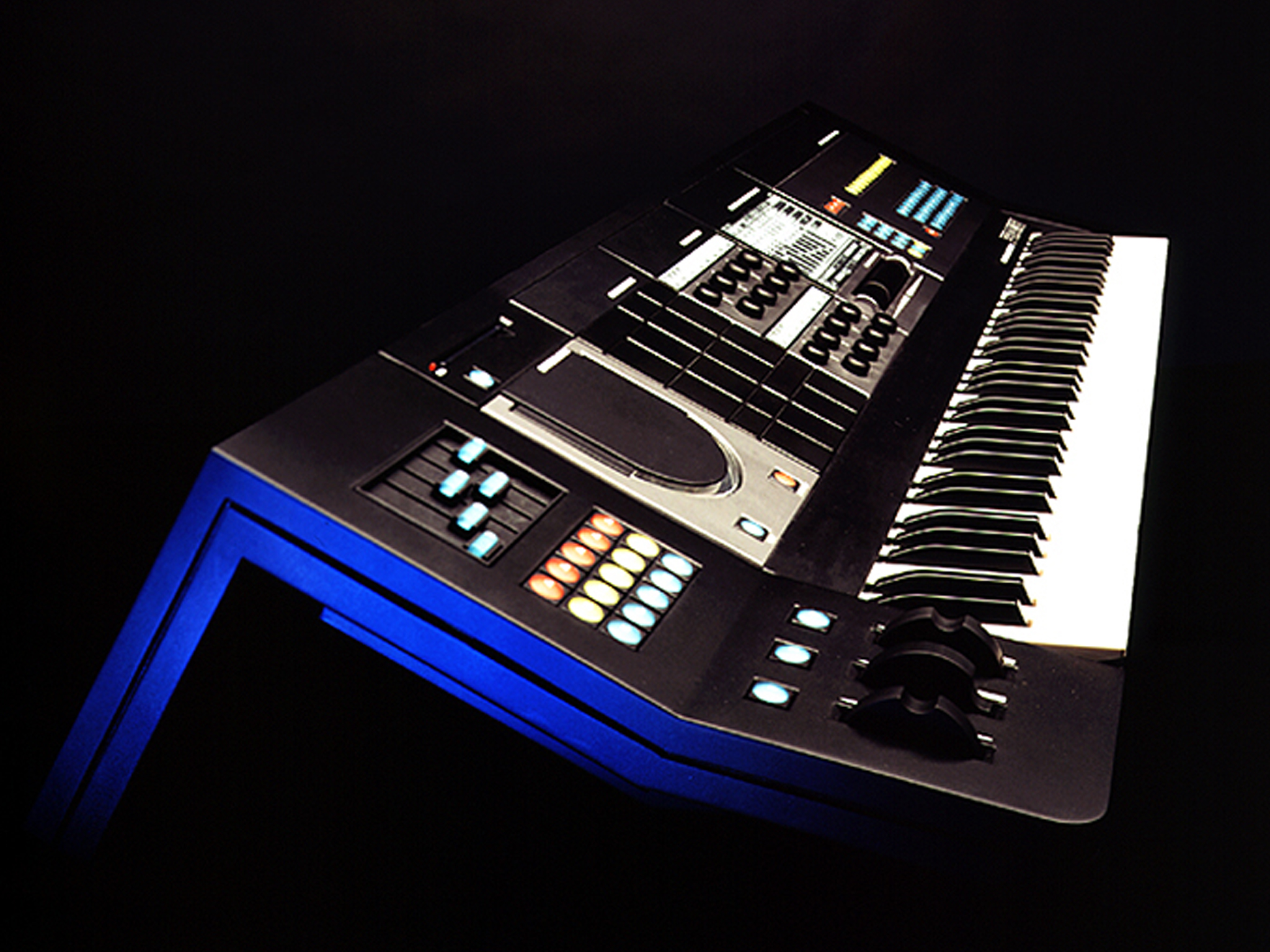 In 1990, German Keyboards magazine conducted a reader survey about synthesizers of the future, with 1.600 responses arriving at the editorial office by (snail) mail! Evaluating them all took several days, resulting in a list of features that the majority of the respondents wished to see in a future dream synthesizer. I was tasked with giving form to those wishes. I created several concepts in the form of hand drawings and renderings, which were presented in the magazine. The favoured design was then built as a prototype for the Keyboards, with Dieter Stork capturing the model in the magazine’s photo studio.

The basis of the design was a frame — hence being named Frame, into which the keyboard was first configured. The resulting width above the keyboard could then be filled with modules, all of which are arranged in a compatible grid. Only the basic control unit on the left, containing the wheels and the programming unit, is fixed.

The prototype shown here features — from left to right — a CD drive/burner, a (drum) pad station with freely-assignable key pads, a double synthesizer unit with a single display and eight freely-assignable encoders, a computer unit with touch display and corresponding ‘scroll bar’ control element offering mouse-like control over the screen contents, plus an alphanumeric computer keyboard including numeric keypad.

The light, floating structure of the instrument is clearly evident when viewed from the side. Backlit buttons and sliders assist in poor lighting conditions and are not too small, as requested by many respondents.