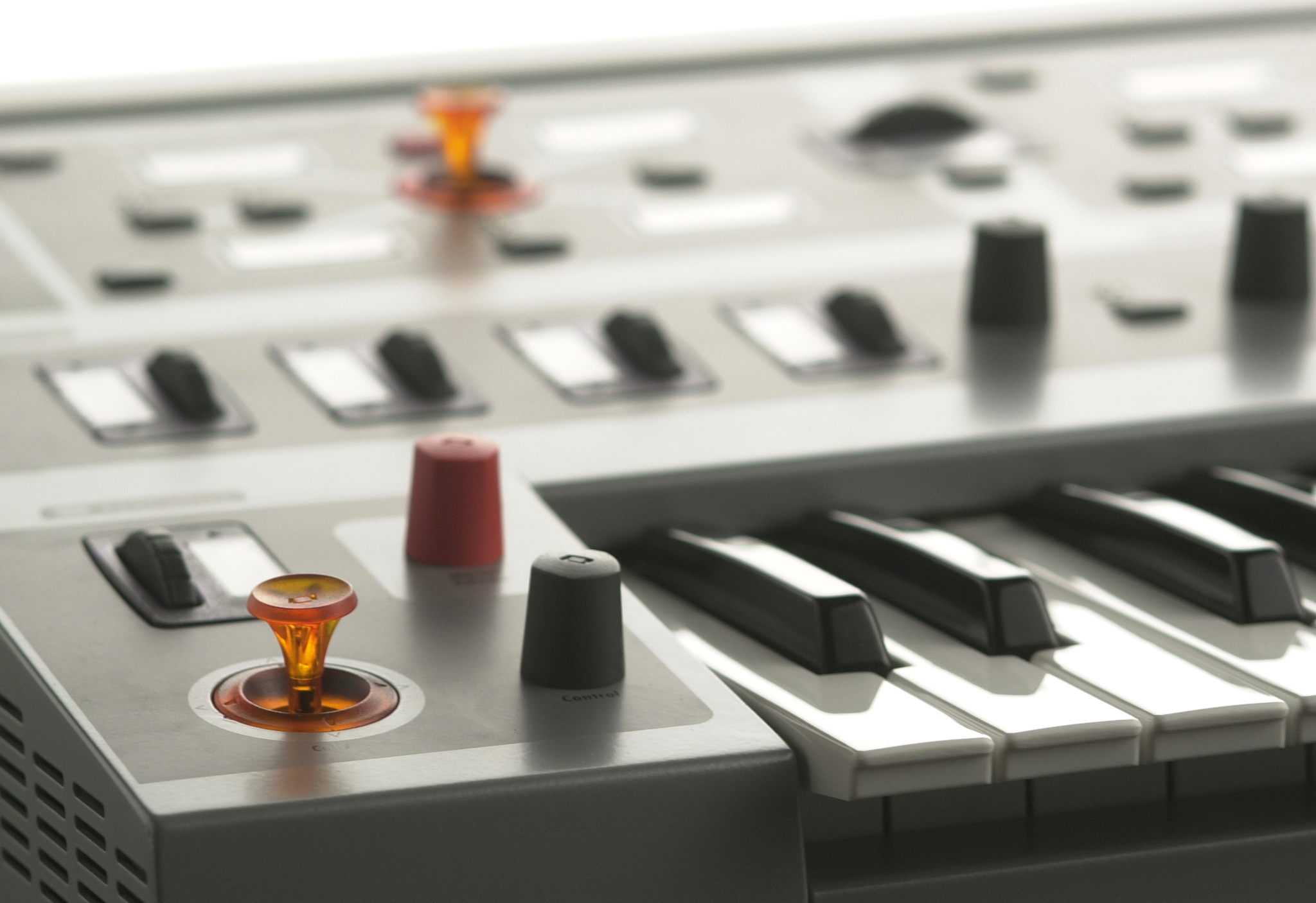 Neuron embodied a very personal journey into the world of synthesizer manufacturing — and a daring if not naive undertaking, too. The idea of creating my own, oddball synthesizer manifested itself during a visit to Munich to attend electronica, the world’s leading trade fair and conference for electronics, in 1999. Drawing upon my extensive experience as a development partner and designer of several significant synthesizers for various manufacturers, I could clearly conceive of a well-planned large-scale project of my own making. I collected and sketched out ideas during the following months while also asking friends from within my MI network if they would be interested in becoming a partner in the new synthesizer company.

My enthusiasm grew stronger still when I met Stephan Sprenger — a specialist in the use of neural networks in music applications — at Musikmesse in 2000. I explained to Stephan my idea of analysing known sounds with the help of adaptive algorithms to understand them and having parameters that allow for sound manipulation based on human levels of perception. I already had certain attributes in mind, such as hard/soft, wood/metallic, and garish/dull, so figured it should be possible to crossfade these opposing sound attributes with a stick controller.

Stefan’s technology could do that exactly, and so began our journey together. Parallel to the aesthetic and technical design of the synthesizer, a small team in Karlsruhe developed the Neuron software, which was the heart of the synthesis involved. Originally conceived as a compact desktop device, Neuron quickly evolved into a fully-comprehensive synthesizer with elaborate components developed specifically for this purpose. Everything tangible was first designed using typical industrial design methodology, ergonomically questioned and optimised in all aspects. Plastic injection-mould manufacturer WEFO was part of the team, too, making it possible to give all the controls their own distinctive design — albeit at great expense.

I wanted an overall cool appearance for the device technically. The choice of materials, surfaces, and colours radiate a cool technocracy, though this is interrupted by almost comic-like controls, decorated with mushroom-like controllers and rotating roller clusters. With bio-technical shaping, made from translucent Makrolon, the orange stick controllers could be taken from a sci-fi film. They are animated when moved. Made especially for Neuron, the alphanumeric displays positioned at the four corners of the stick controllers show opposing parameters, whose value settings are dynamically morphed by moving the controller over two levels — from ‘hard’ to ‘soft’ and simultaneously from ‘wood’ to ‘metal’, for instance.

In order to create an absolutely clean rear view of the Neuron, all device connections are located on the left side of the instrument. The back consists of a wave-like shaped aluminium extrusion element, in the centre of which is placed the two-coloured Hartmann logo made of translucent plastic. The logo is backlit and clearly visible, especially when used on stage. The device is switched on and off by pressing the central rectangle. The logo itself symbolises stability in the centre — a horizontal rectangle with gently rounded corners. Surrounded by a dynamically-inclined rectangle, a forward movement is perceived since the direction of inclination corresponds to our reading direction.

All lighting elements of the Neuron play with warm, yellow-orange tones. The instrument’s cool appearance actually radiates with warmth from its interior. 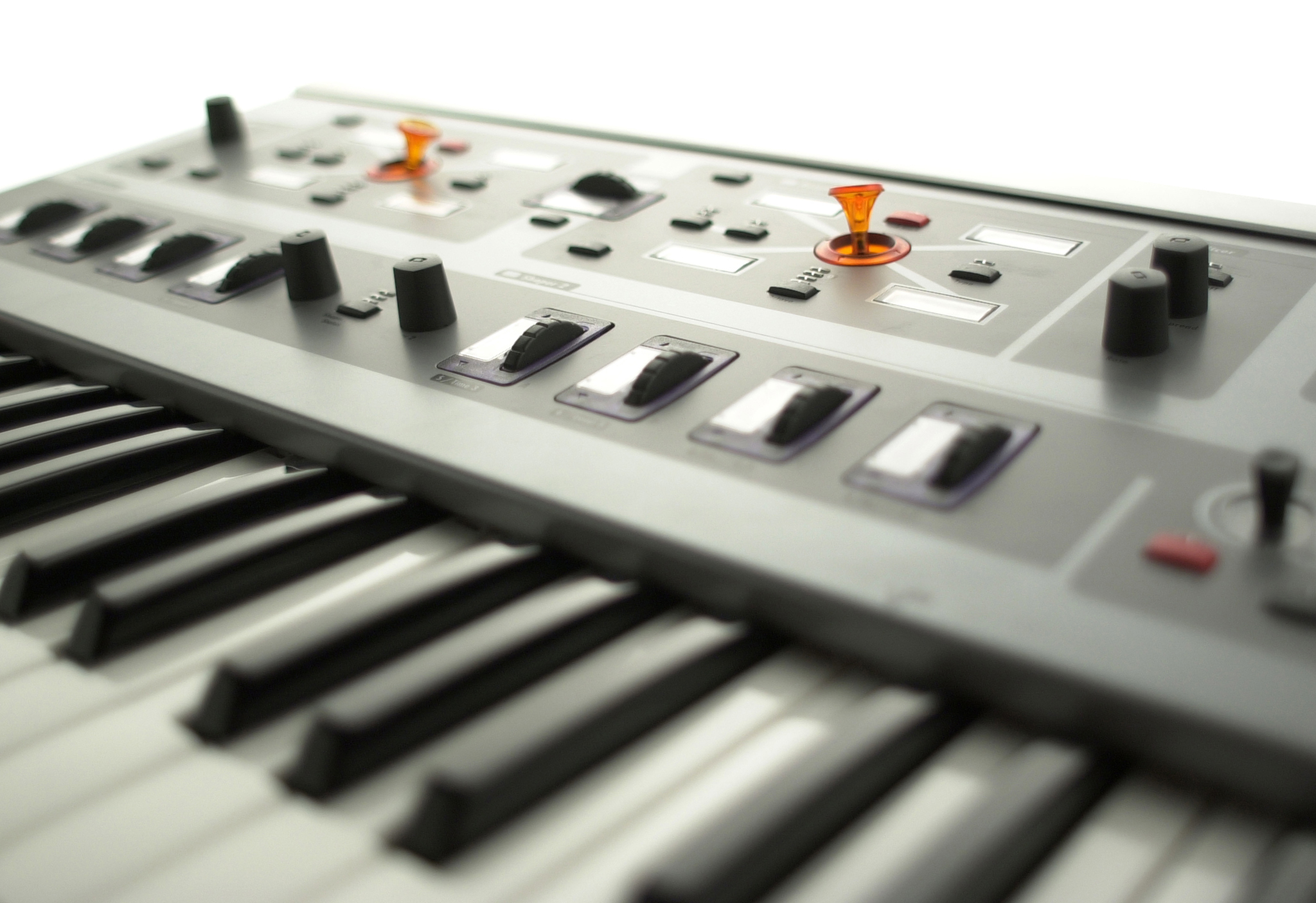 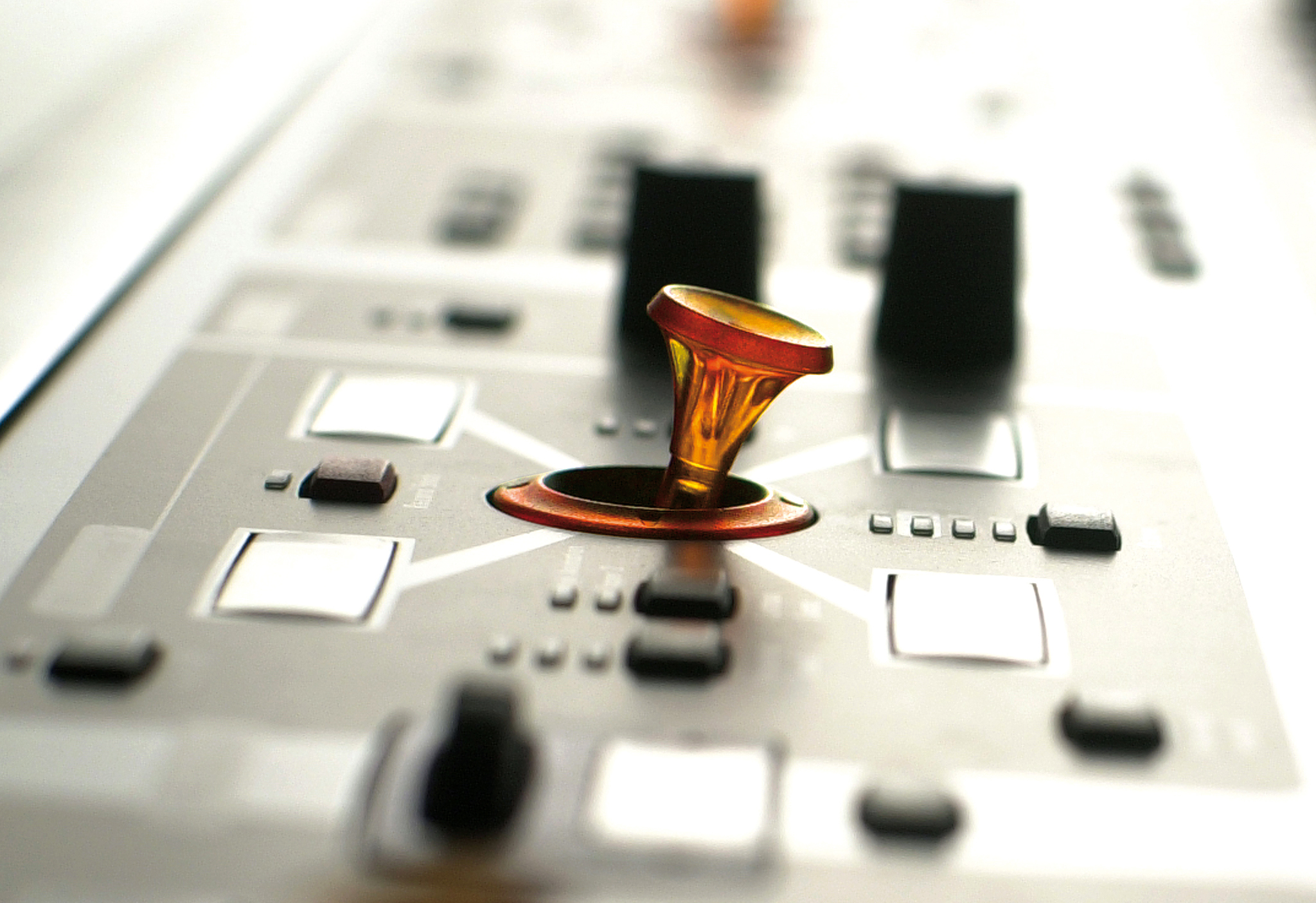 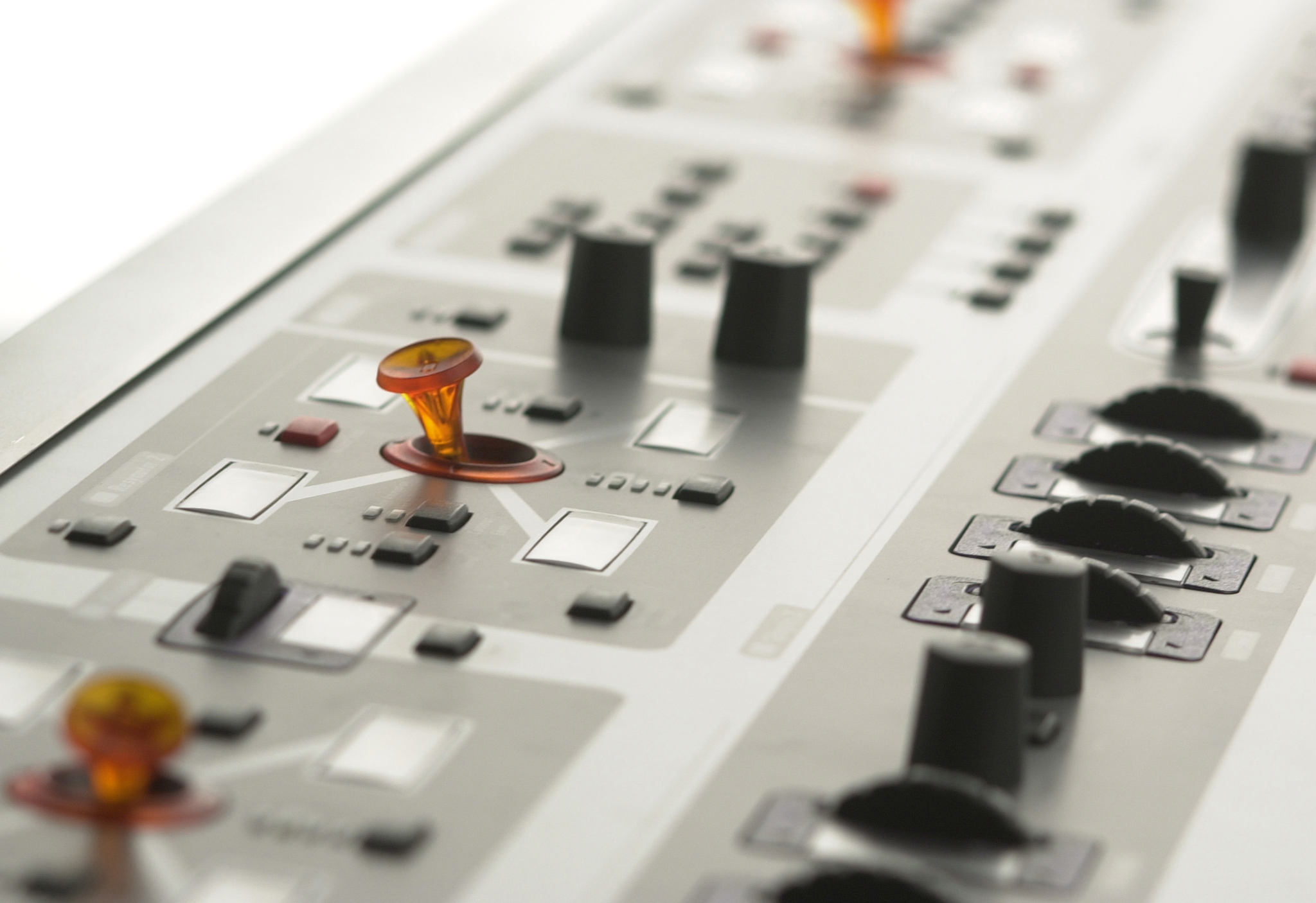 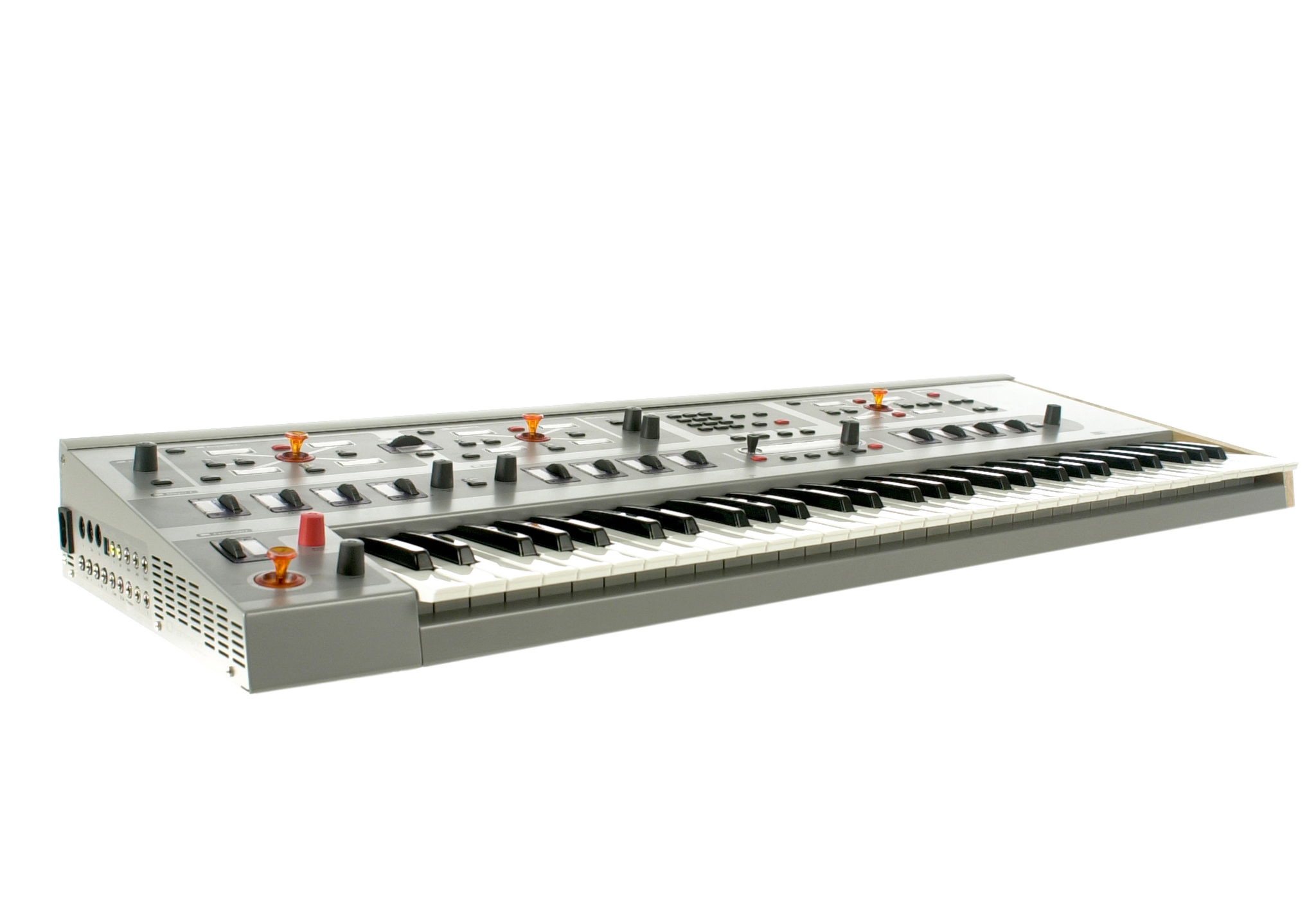 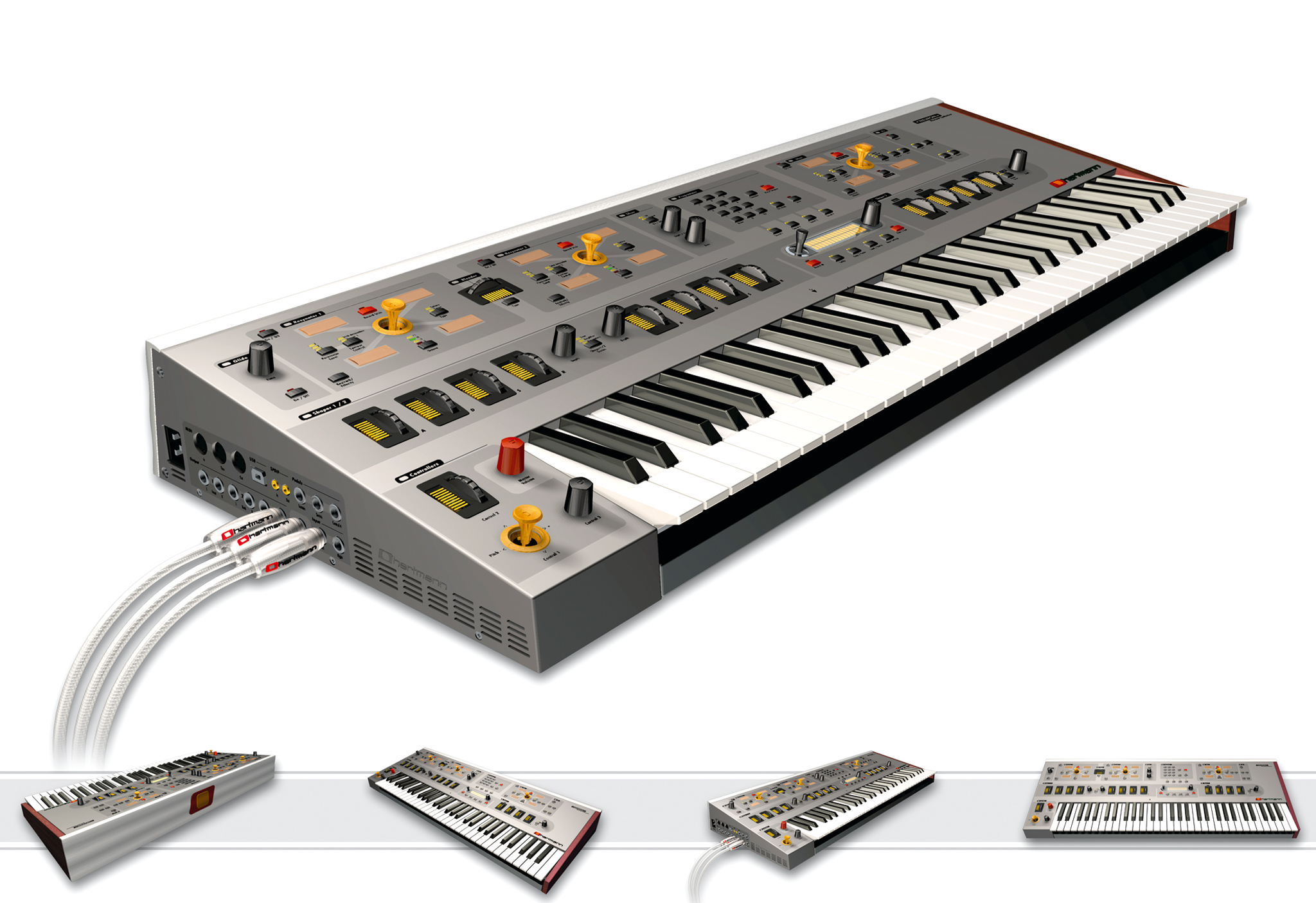 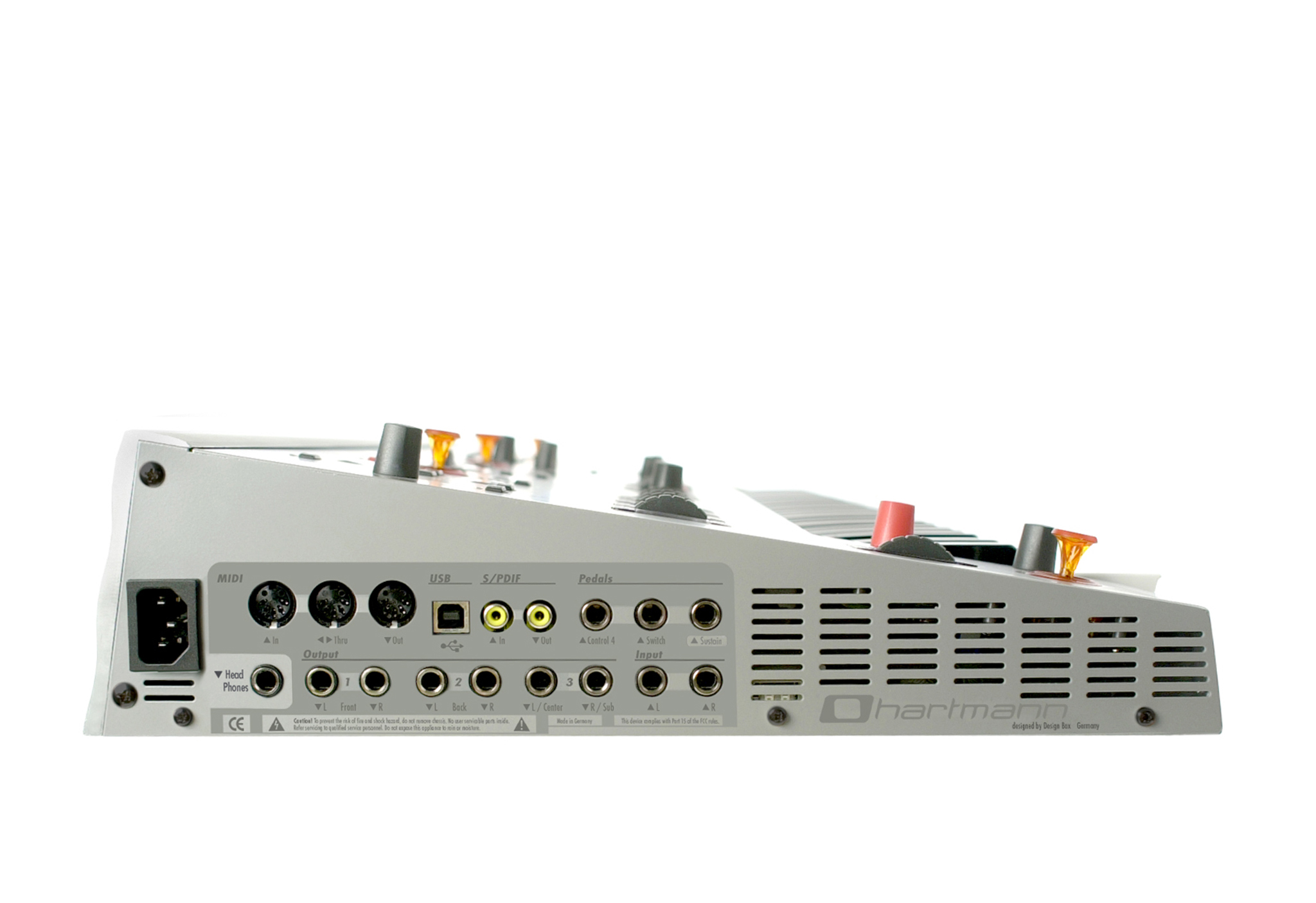 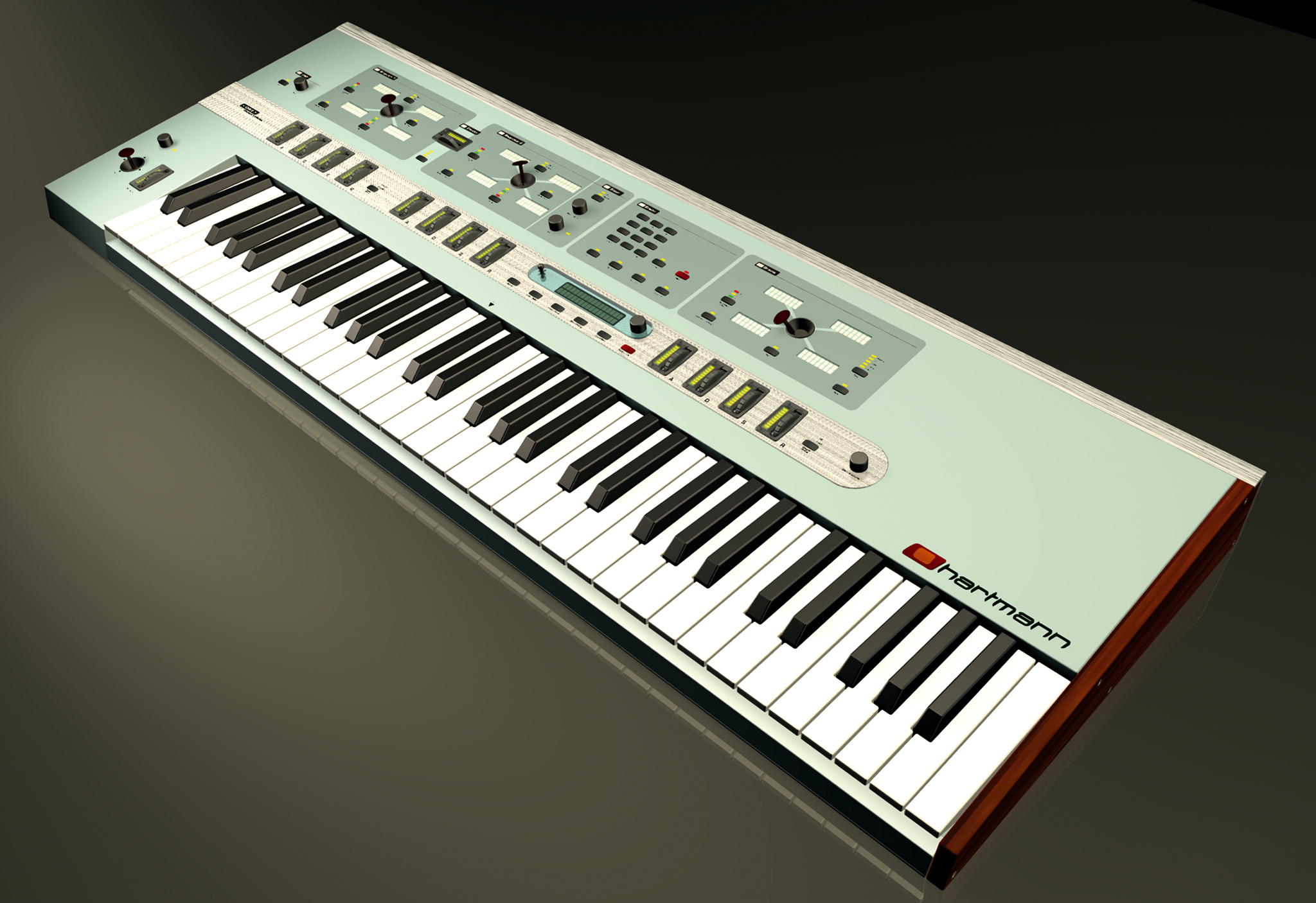 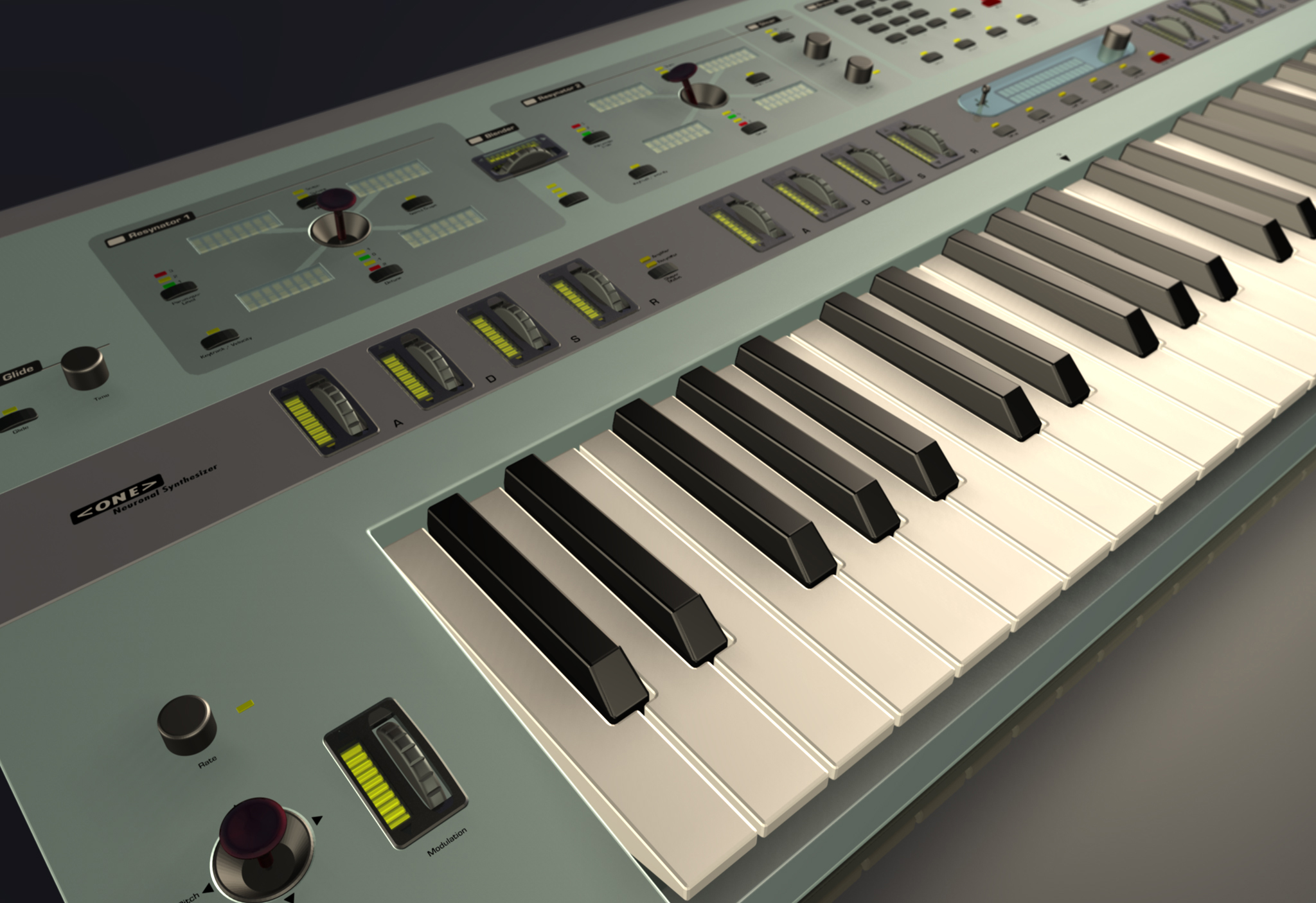 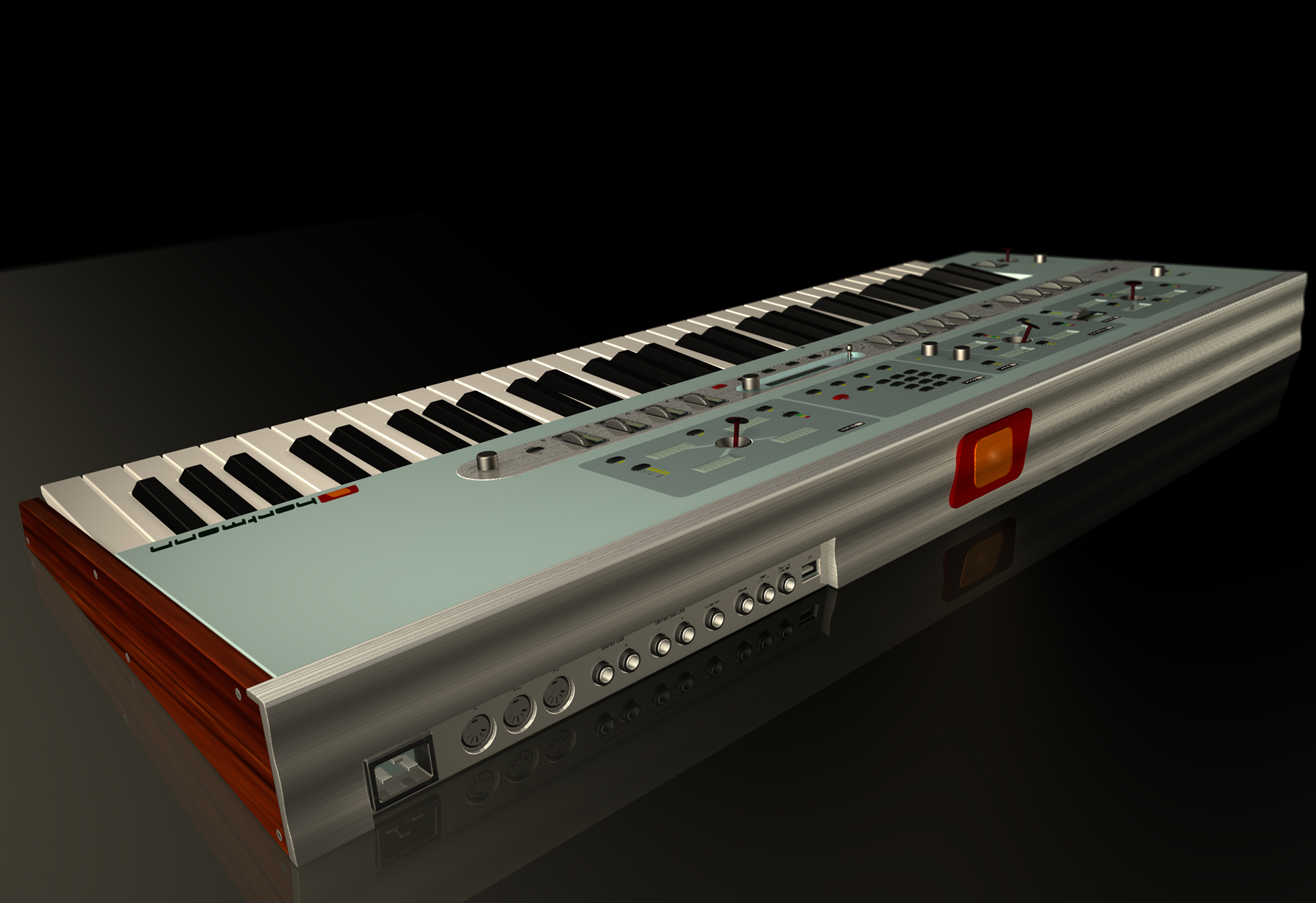 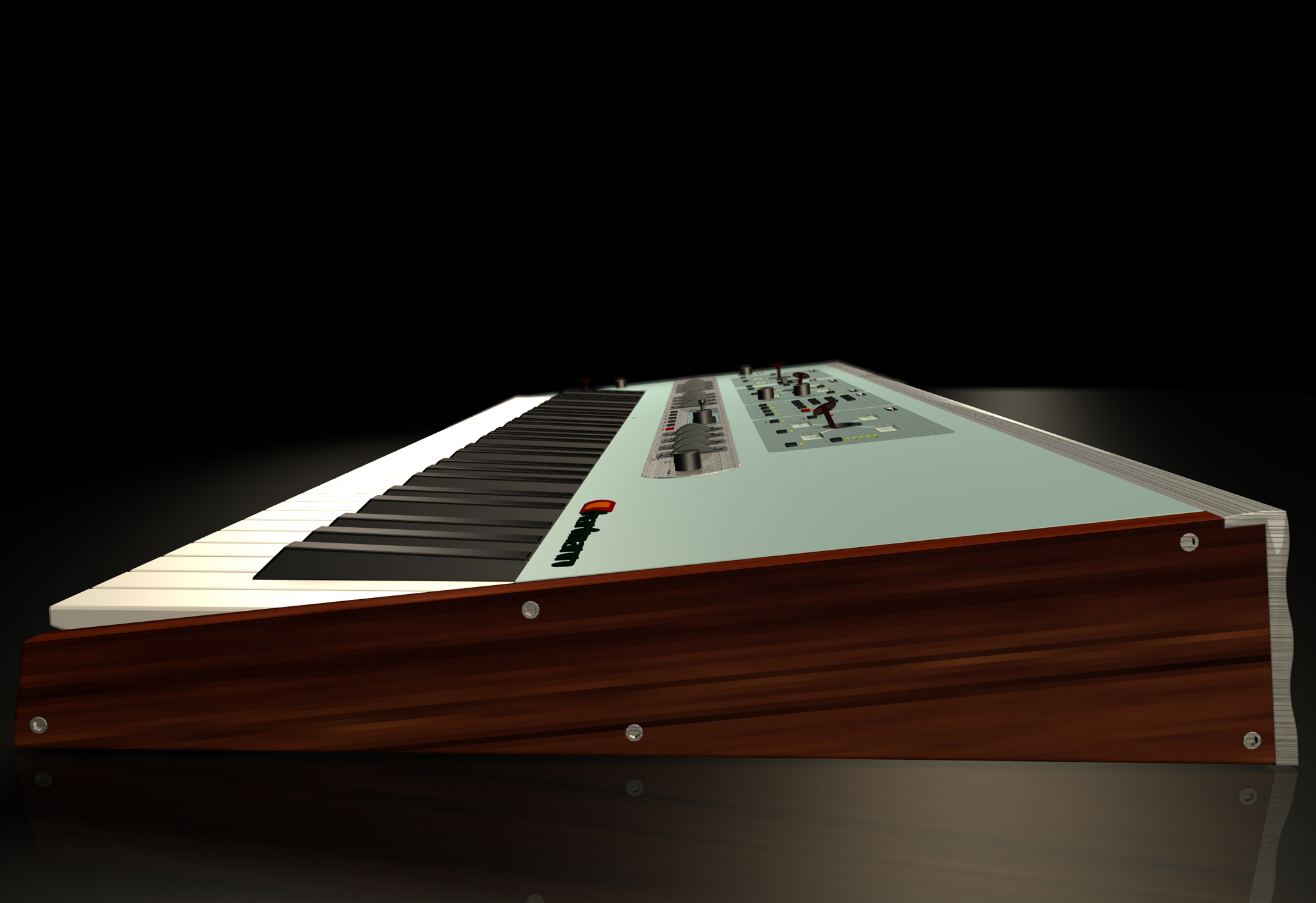 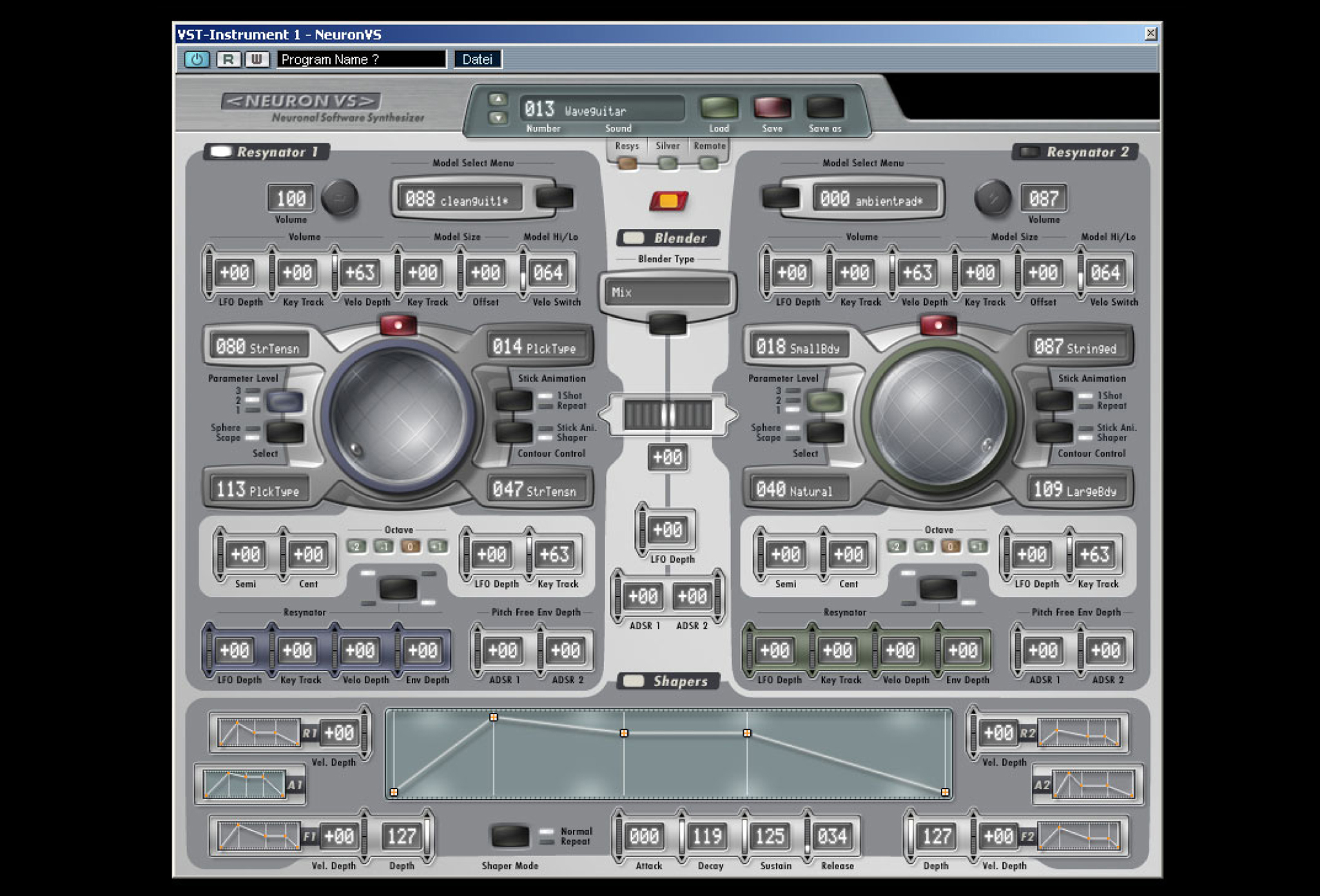 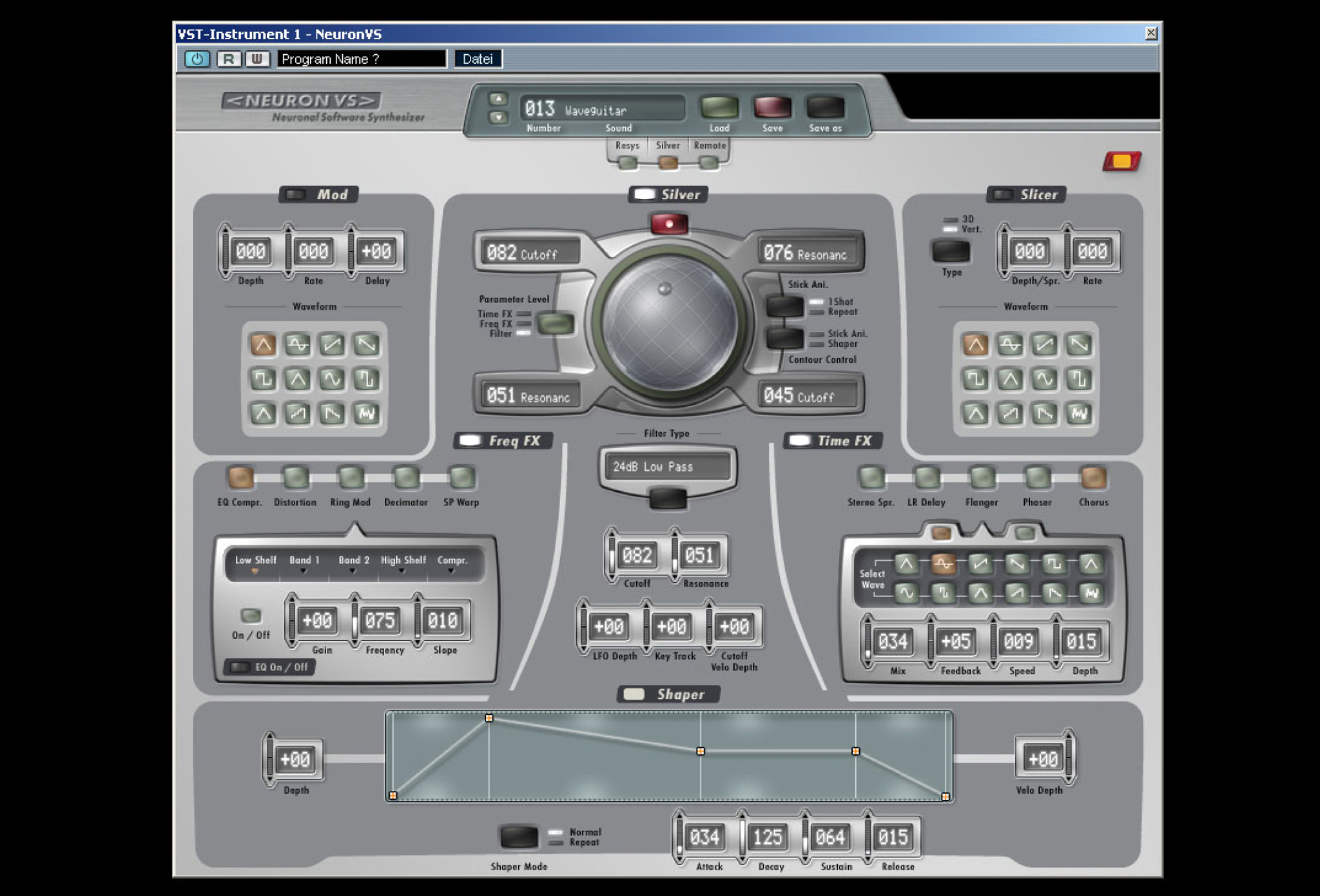 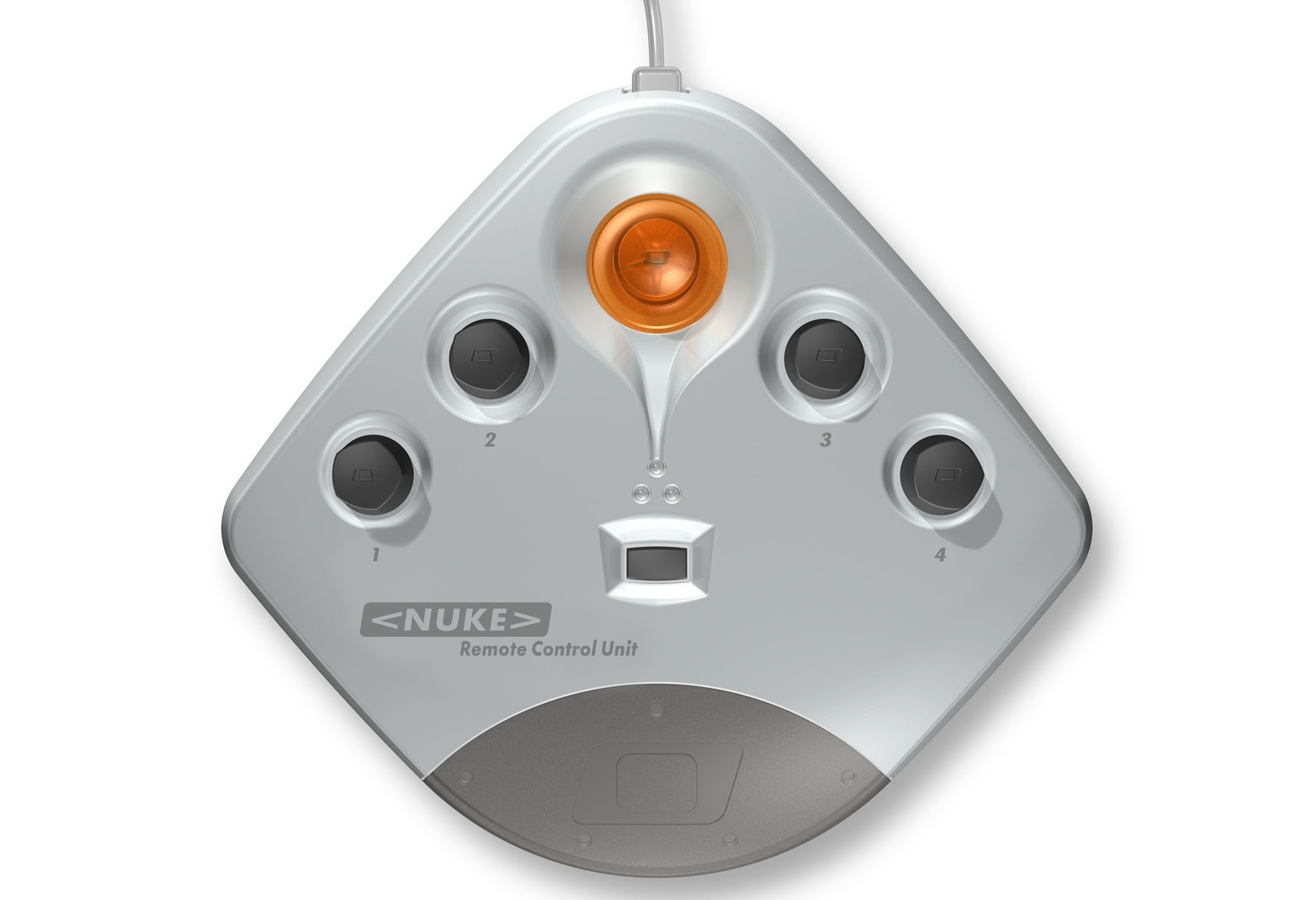