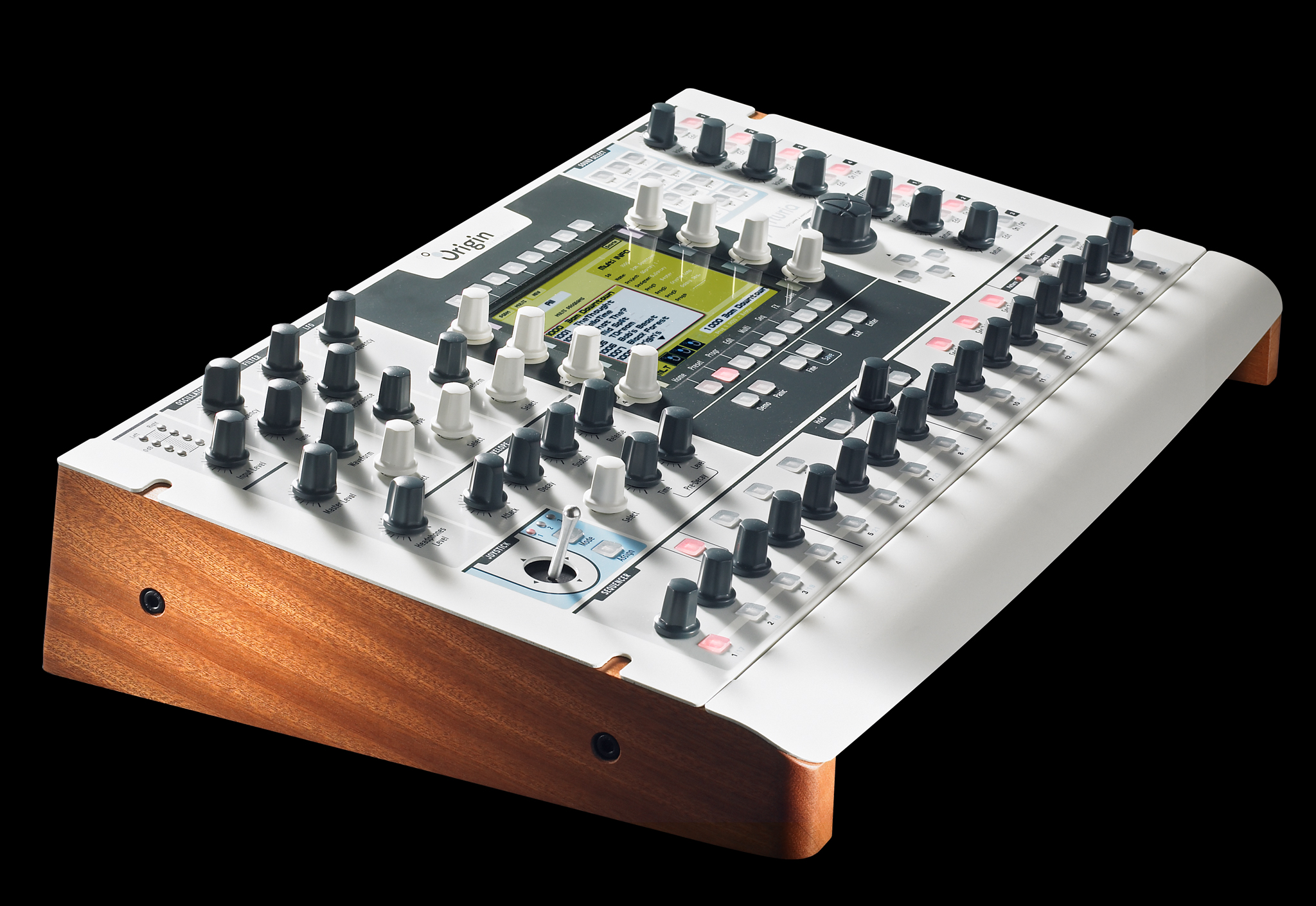 The Origin is, quite literally, the origin of a longstanding joint journey with French manufacturer Arturia, a company that first came to prominence at the turn of the new millennium with its widely-acclaimed software synthesizer plug-ins thanks to the ‘photorealistic’ nature of their user interfaces, which were quite unique for that time. We became closer a little later when Arturia co-founder and CEO Frédéric Brun approached me with a surprising request. In a small room at The NAMM Show he showed me a hardware synthesizer, yet he did not seem to be happy with its design. Drawing from the well of PPG’s (unreleased) Realizer from 1986 — quite possibly the world’s first ‘virtual instrument’ host, the principal behind the instrument in question was that it should be able to reproduce Arturia’s well-known software emulations independently. In other words, send the oscillator from the company’s Modular V (Moog System 55 emulation) through filter of the then-titled Jupiter-8V (Roland Jupiter-8 emulation) and then modify it with CS-80V (Yamaha CS-80 emulation) envelopes, for example.

However, it wasn’t until Frédéric invited me to Arturia’s headquarters in Grenoble a year later that we started a collaboration that continues to this day, resulting a number of innovative and groundbreaking synthesizers, controllers, and audio interfaces.

Origin was Arturia’s first hardware product. As such, it was important to find a unique and unmistakable design language. I looked for design attributes that seem ‘French’ — fresh, flowery, light and casual, yet intelligent and orderly at the same time. We drew a light basic housing, combing the metal components with real (ash) wood, which was used with restrain. The cream-white lacquered surfaces nestle three-dimensionally over the wooden elements.

Even the desktop version, with which the keyboard version shares the complete technical inner workings as well as the user interface, used the manufacturer’s own family of knobs and buttons which we developed, designing slim knobs with circumferential, non-slip shafts that morph down to the collar, creating the impression that the knobs and buttons grow out of the surface of the housing. The surface of the bright, translucent button caps contain a subtly palpable fin. When activated, the buttons are gently illuminated by an LED.

The user interface represents a fully-developed synthesizer. We designed the product graphics in a restrained manner, the central display being backed by contrasting anthracite grey. There are four encoders positioned to each side of the display to which the user can assign different functions with the pastel-shaded colour coding, making it easier to visualise connections.

For the Origin Keyboard, we developed a pivoting control panel with an elaborate suspension system milled from solid aluminium. The angle of tilt is freely adjustable and held to the desired position by friction. On the back of this notebook-like folding panel, we positioned a luminous circular plastic element with the company logo, the birth of the Arturia „pilet“. 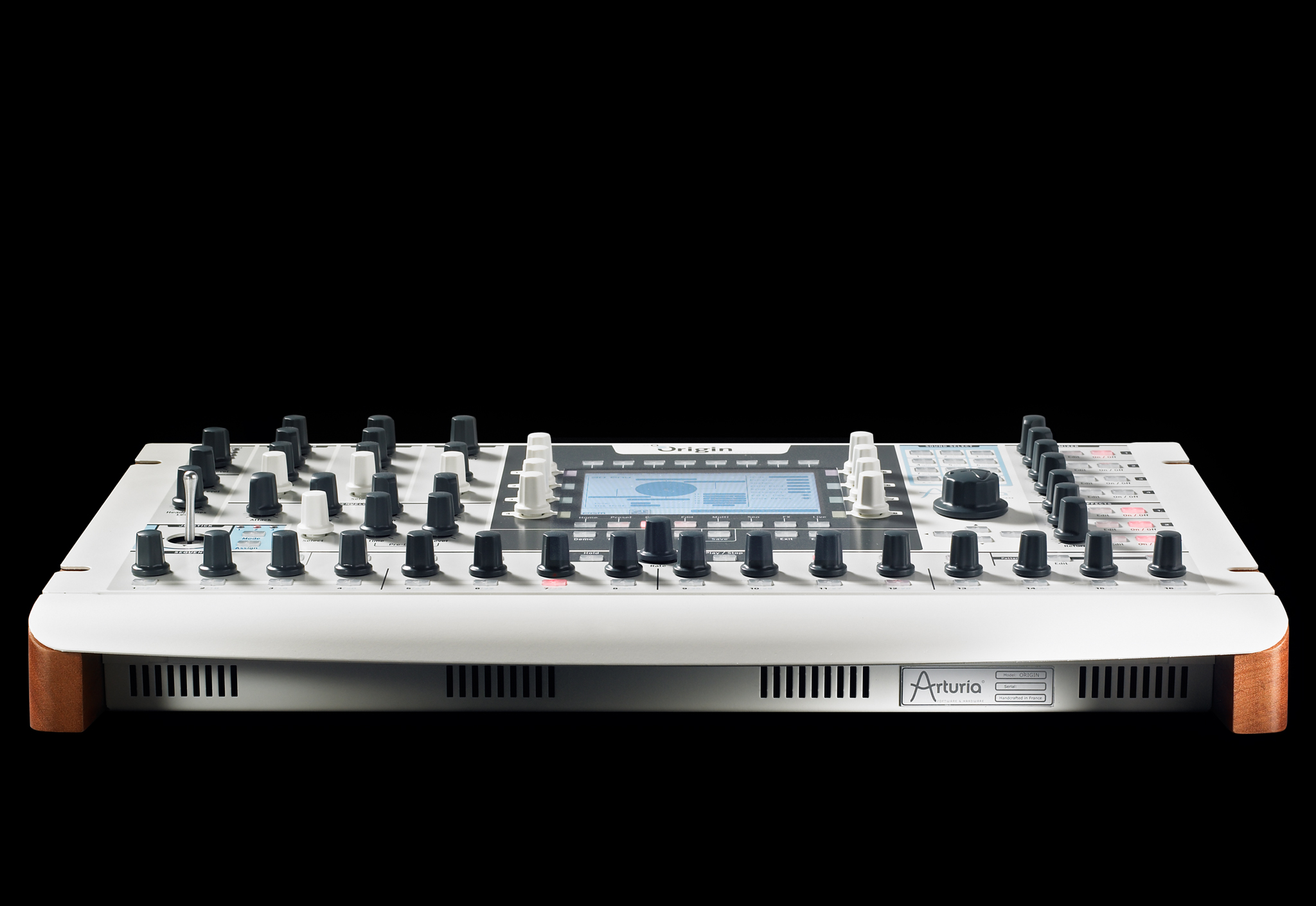 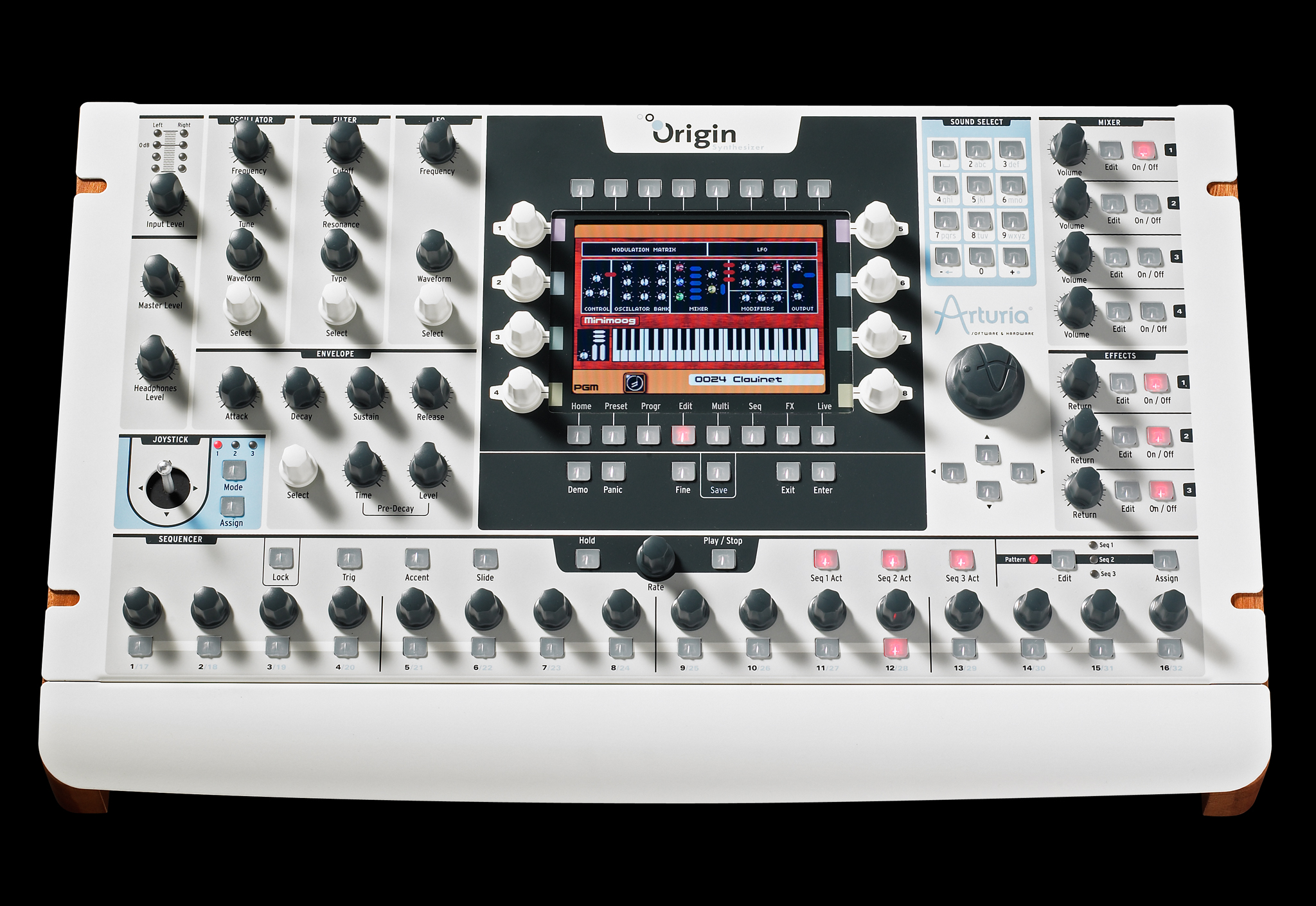 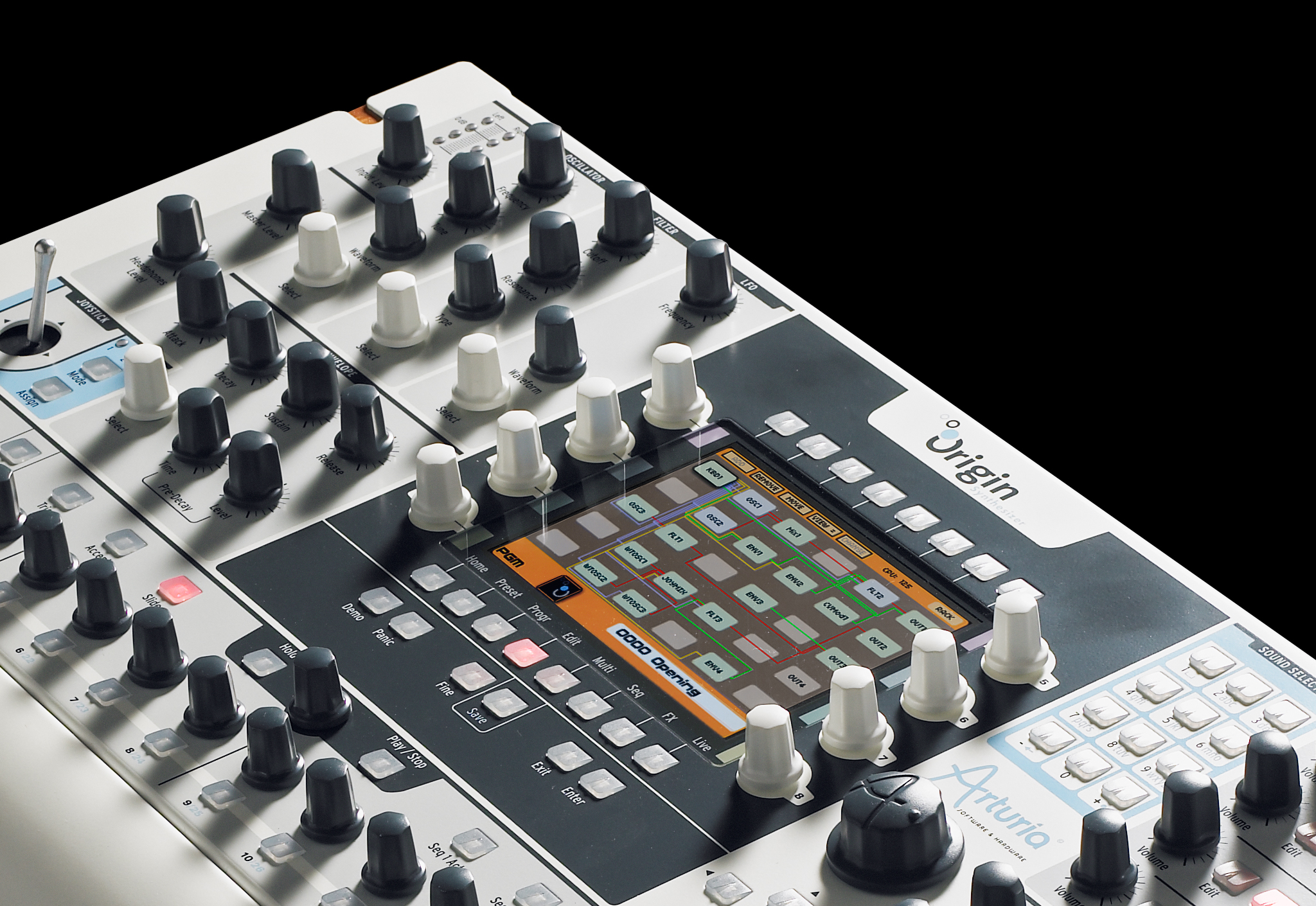 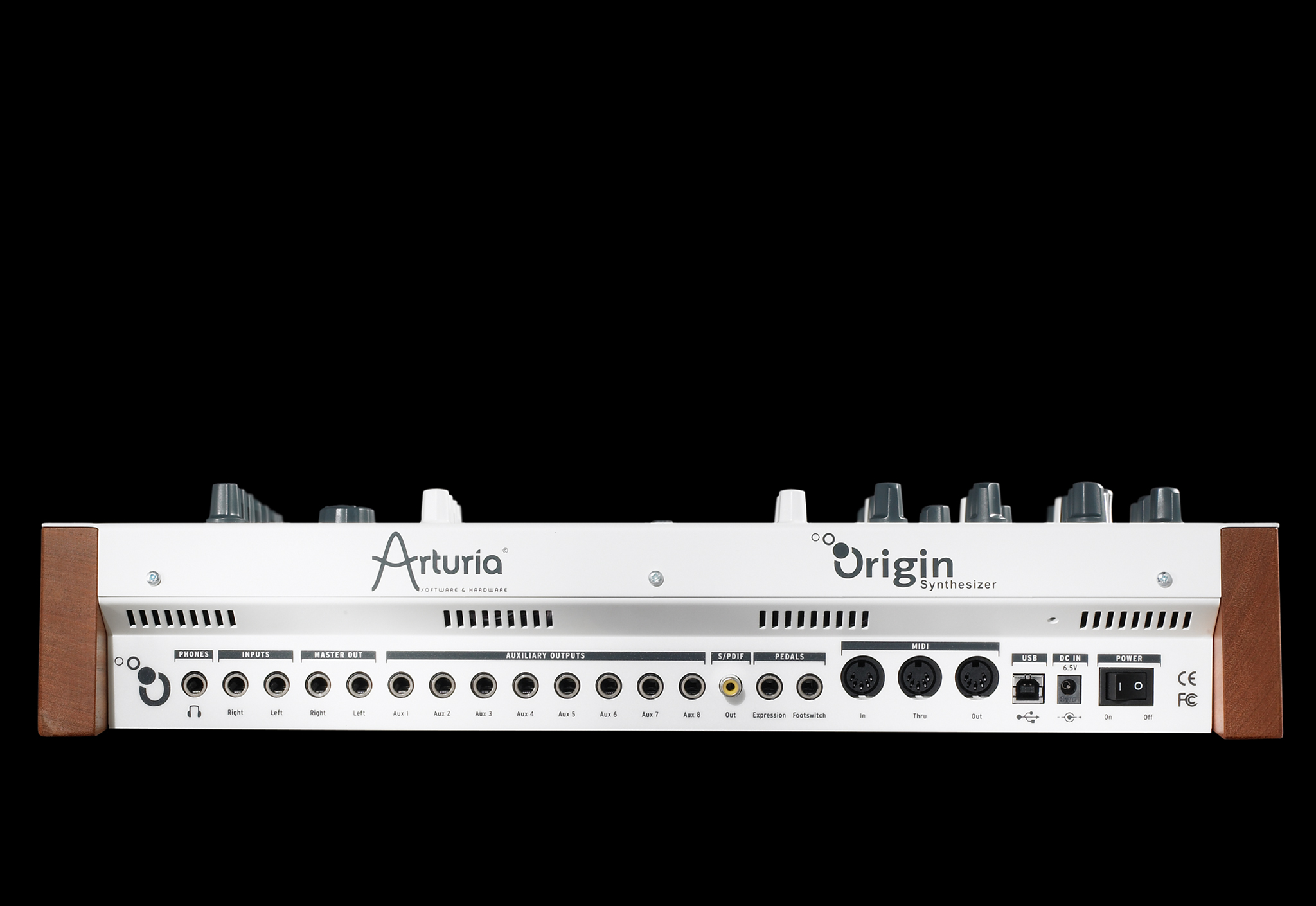 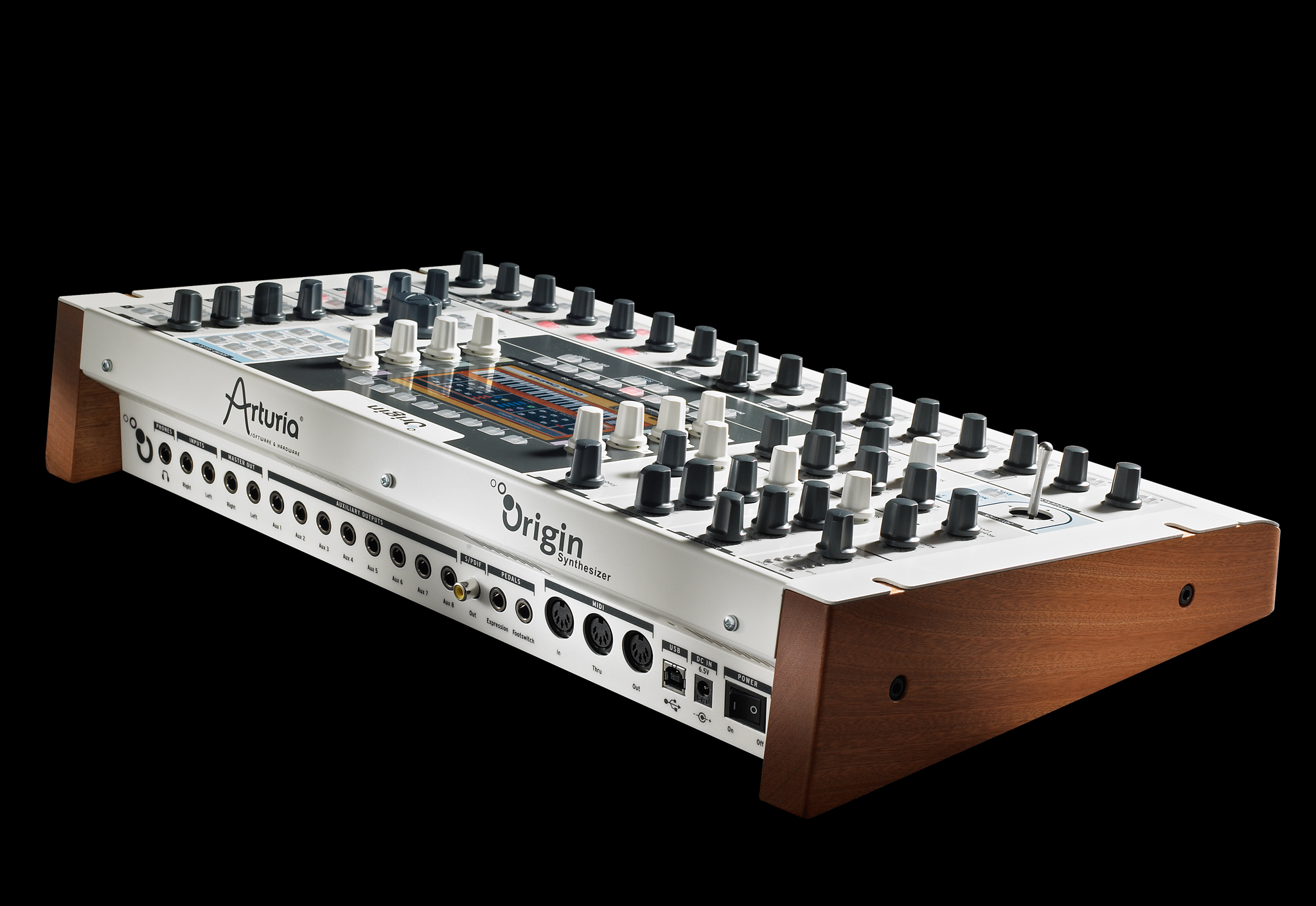 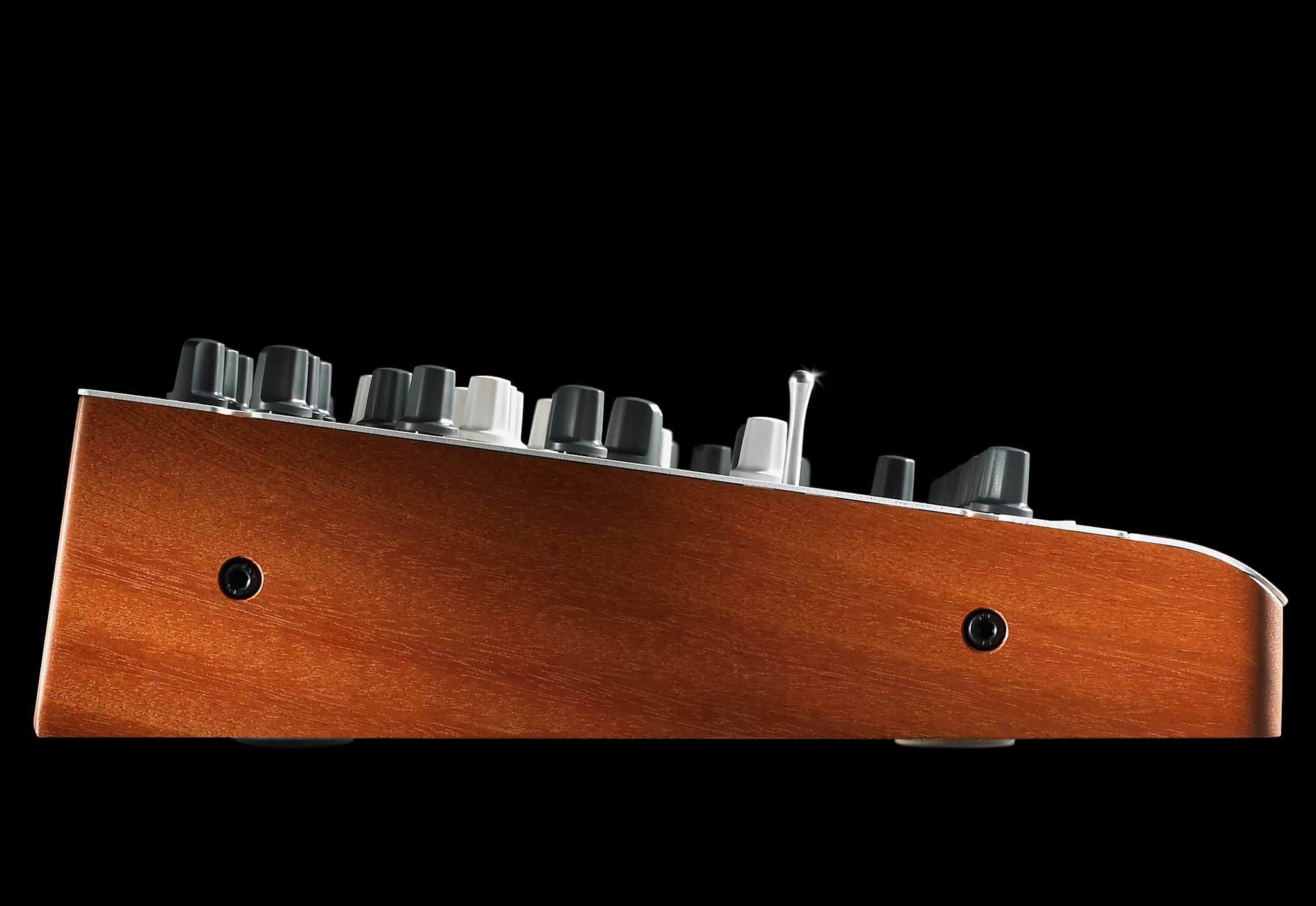 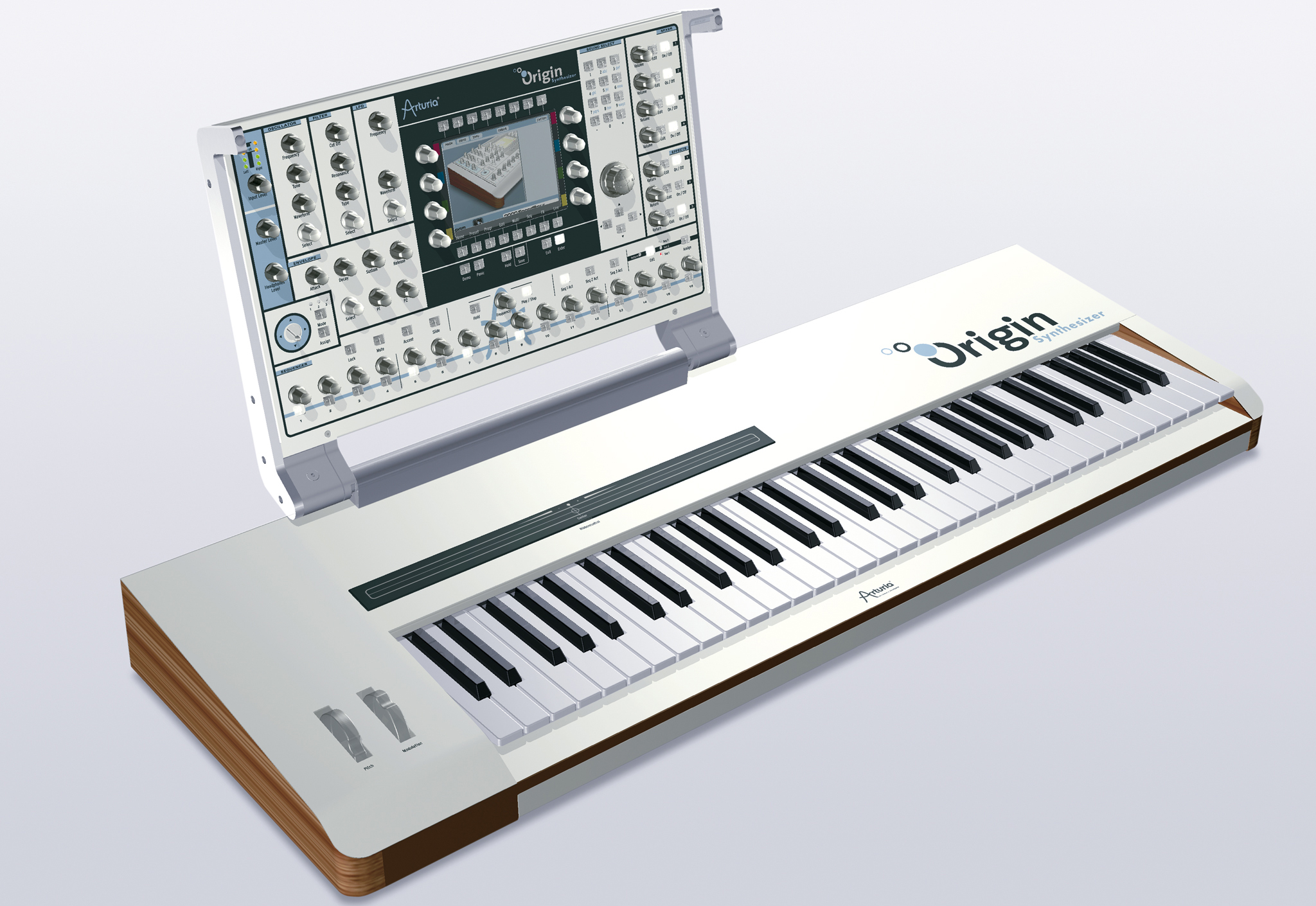 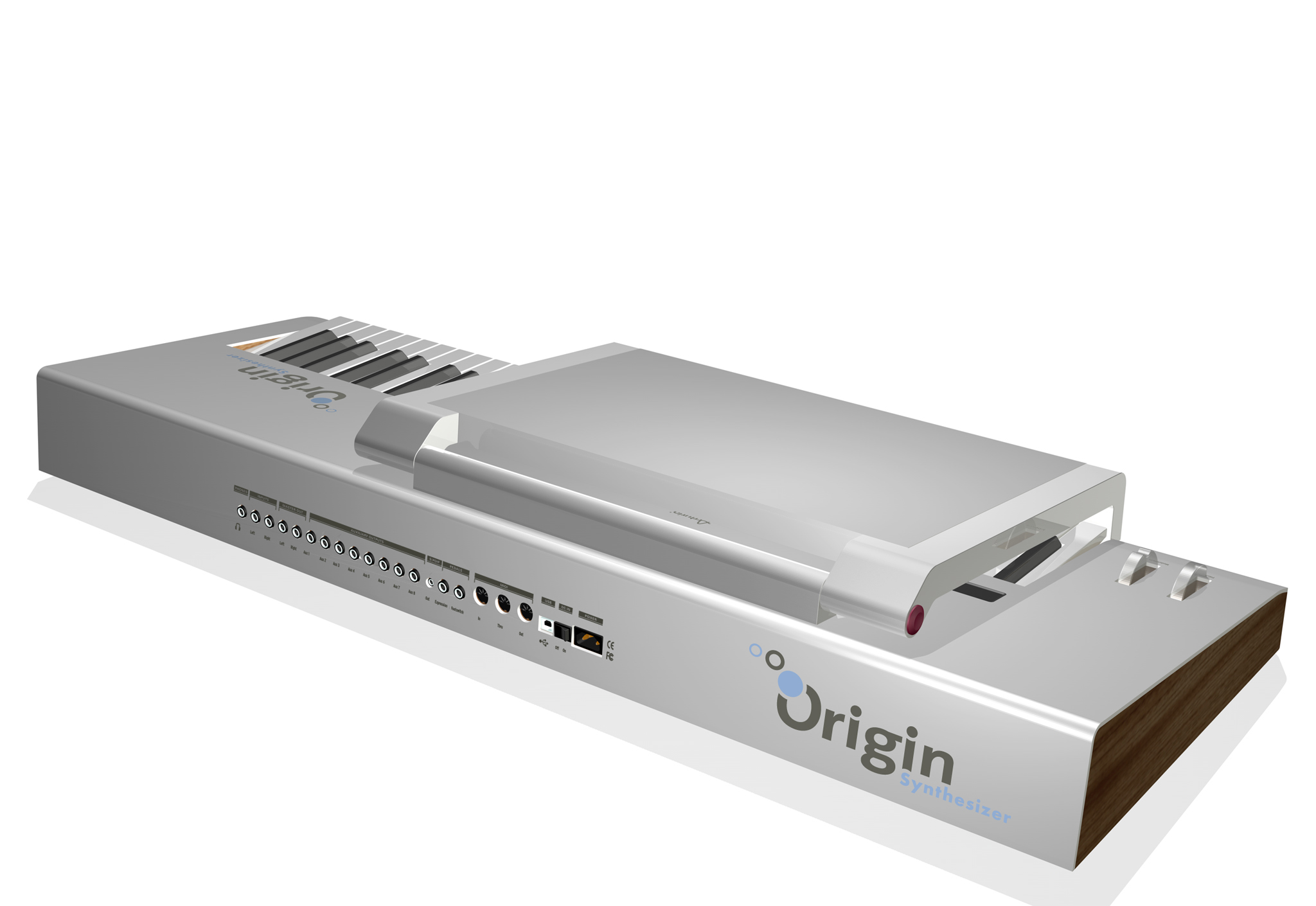