When company founder George Hearn — who had previously worked as a developer for British synthesizer manufacturer Modal Electronics — contacted me in the winter of 2018, he sent me a meticulously-prepared line drawing of a synthesizer as a way of explaining his latest project. What I saw reminded me of an early-Eighties Roland instrument — hints of a Jupiter 6 mixed with a Juno 106. The template was so perfect, in fact, that I only understood why George was seeking my help after having had a conversation with him. The design of Super 6 should not only reflect the actual synthesizer but also clearly define an independent DNA for the UDO Audio brand itself. 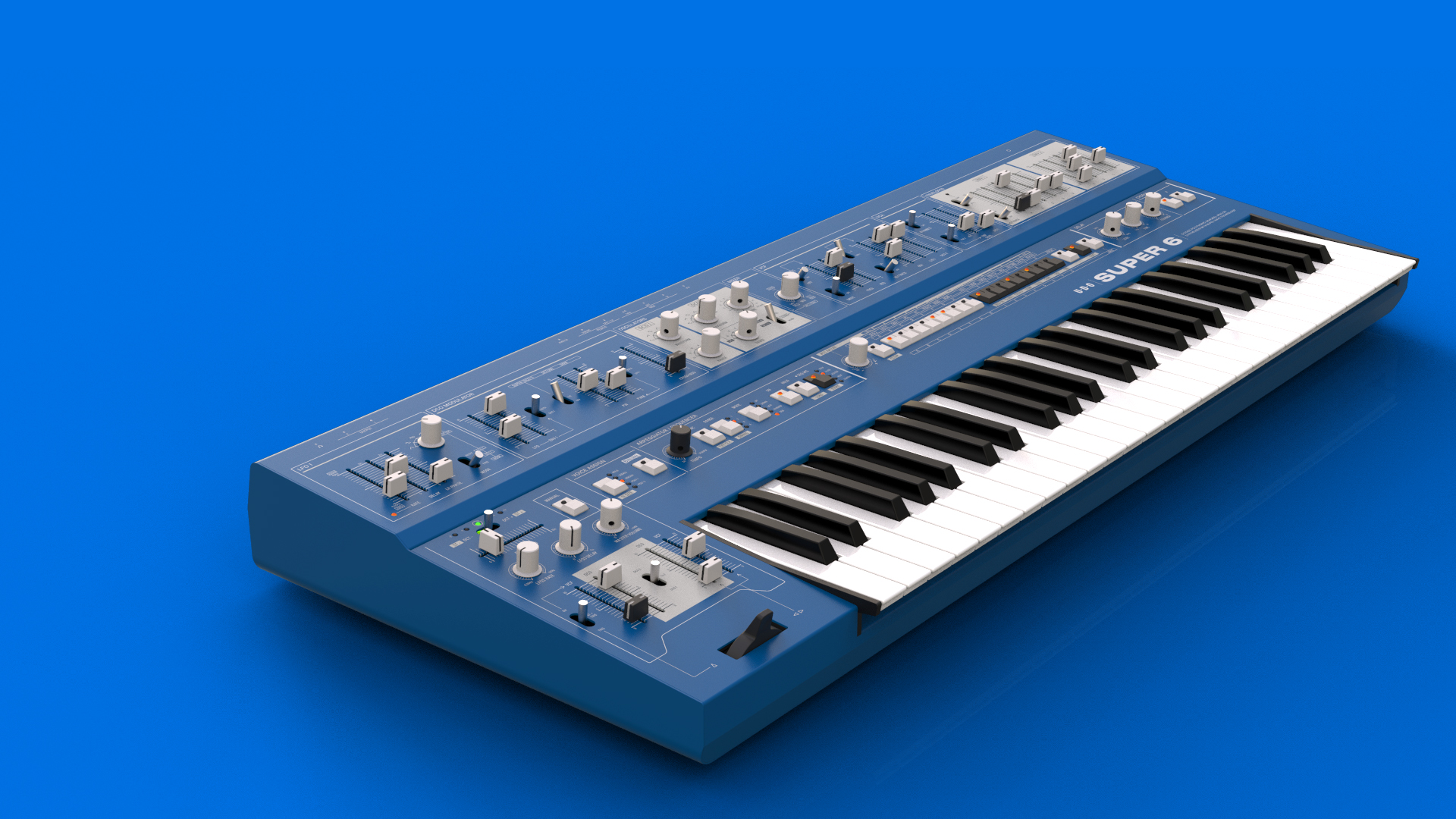 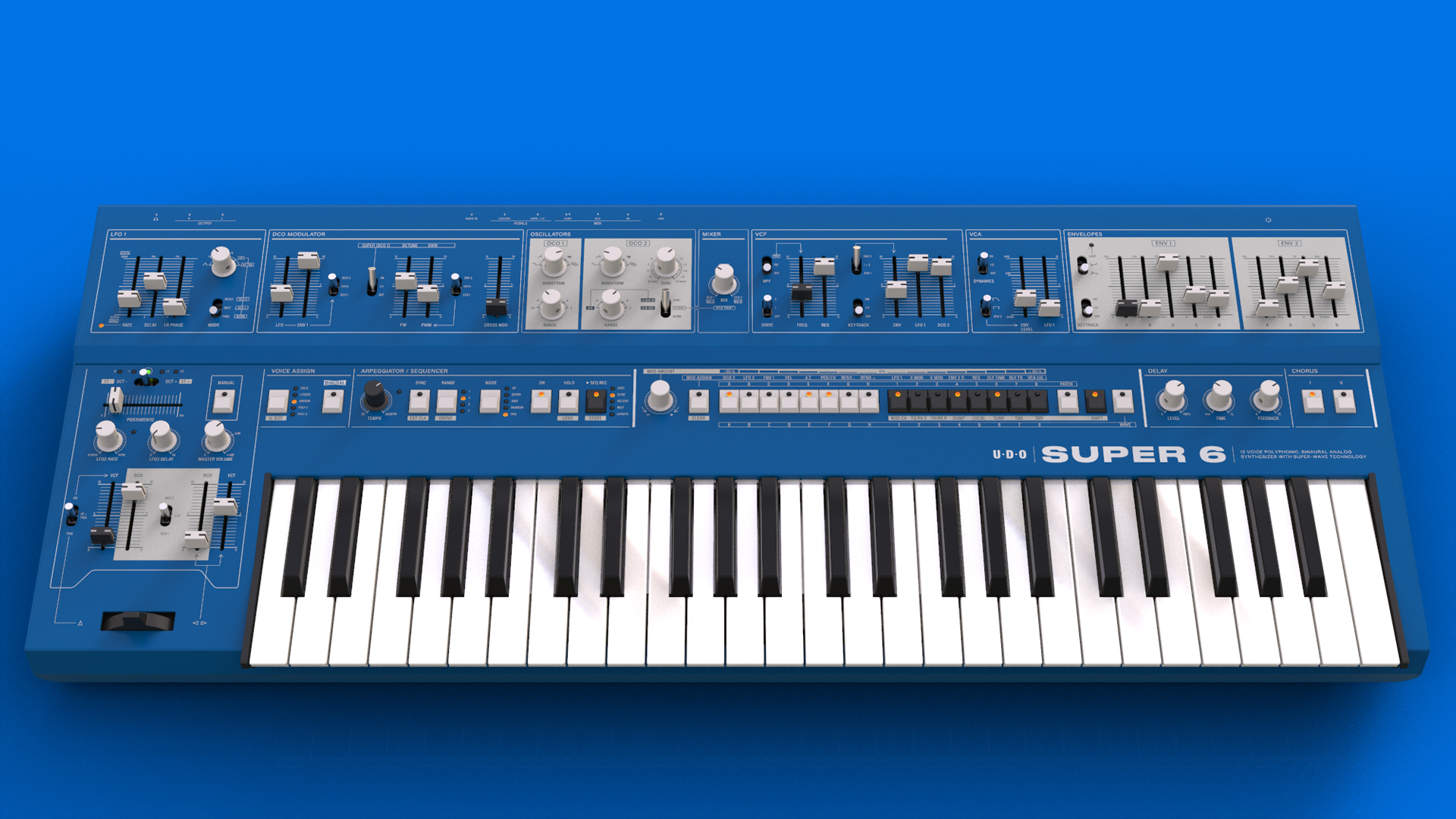 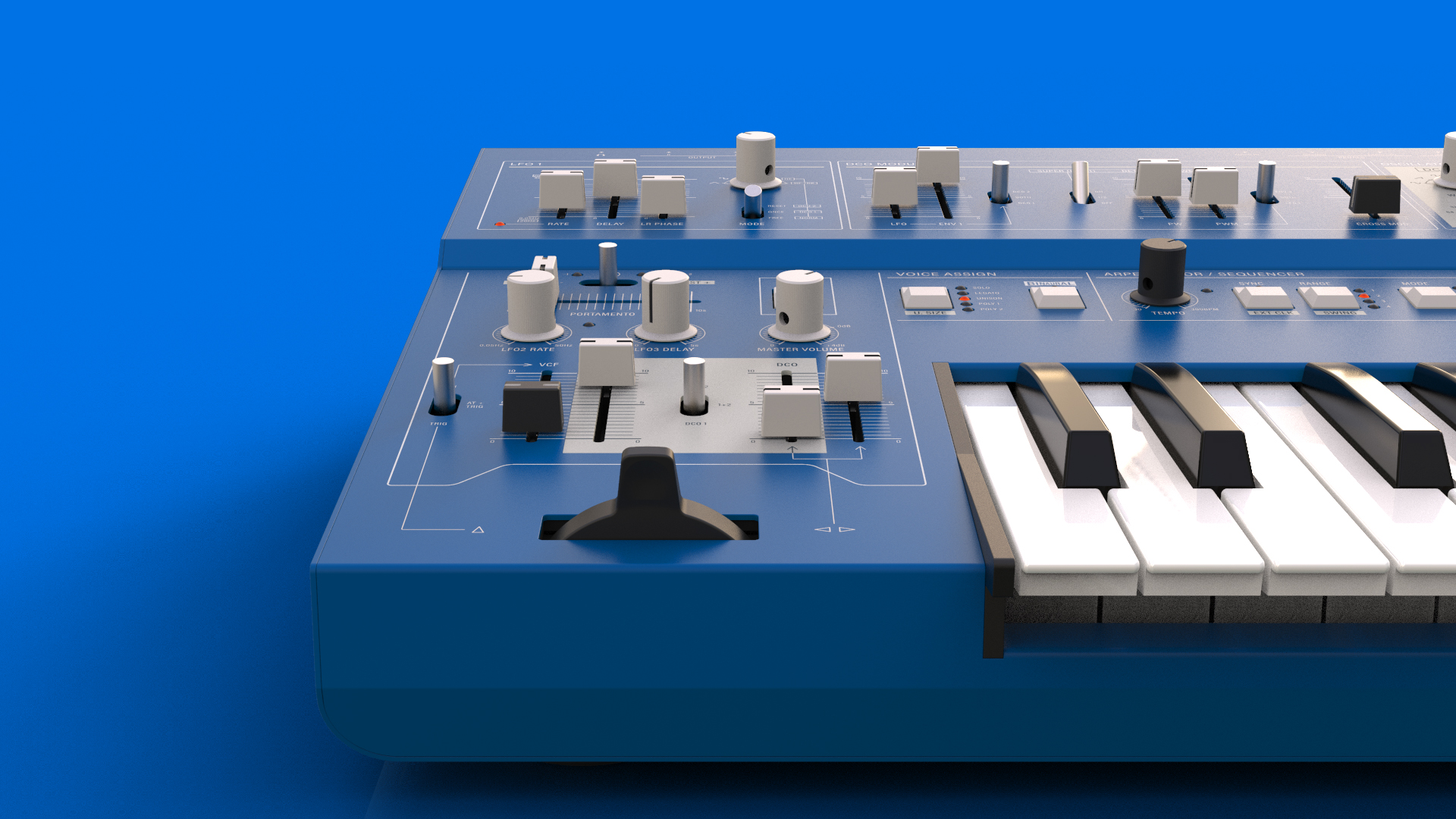 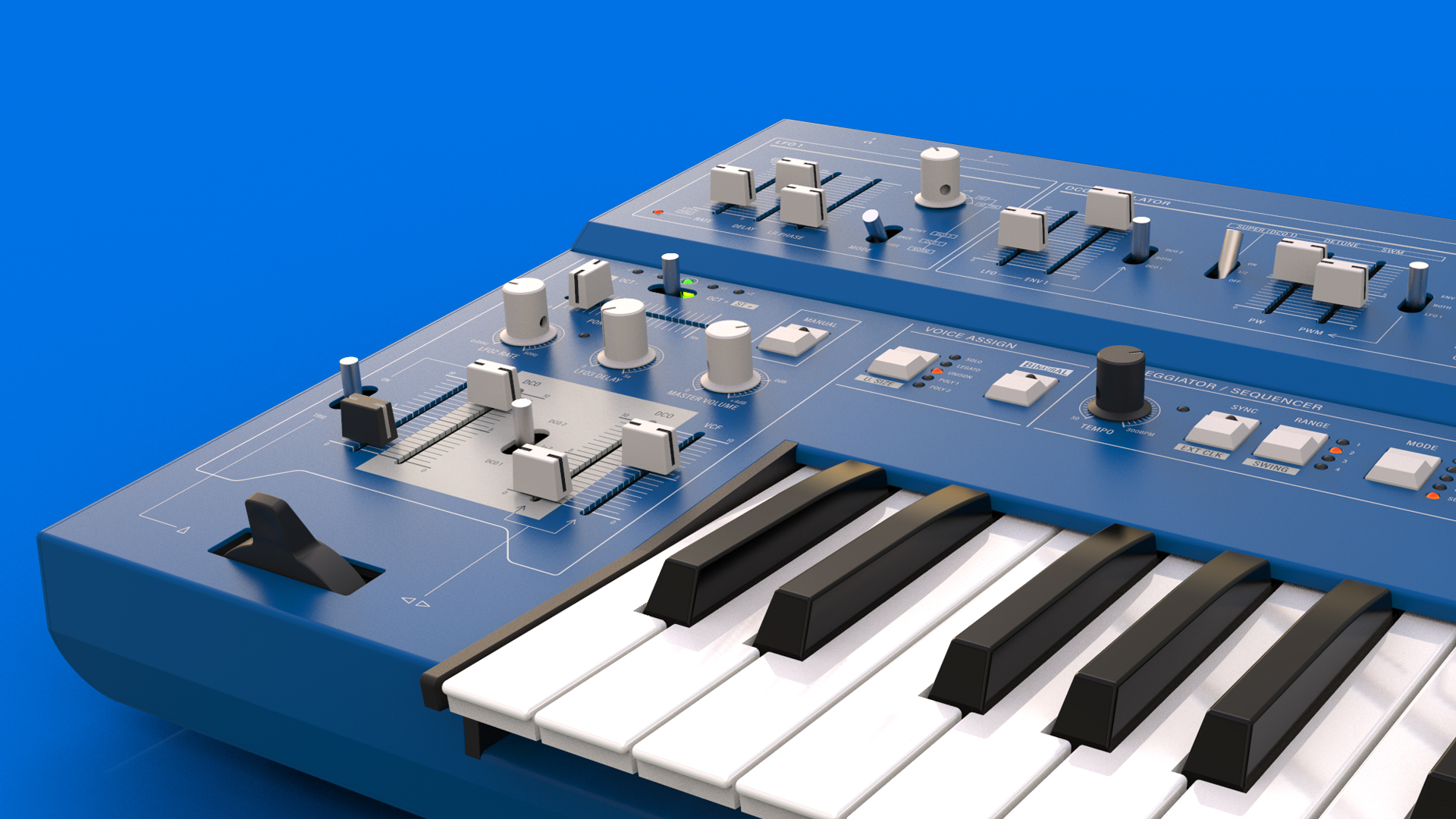 In addition to the technical specifications for the instrument, George provided me with a mood board that he had worked out with his brother, Magnus— an extremely talented graphic designer. This was helpful for formulating the objectives for UDO’s future corporate design — clear colouring and form, visual and physical consistency, warmth and reliability, transferring the karma of electronic (music) devices from the Seventies and Eighties into the present, portability…

We initially drew two designs, both which featured the idea of physically transferring the functional levels of the instrument into a terraced front panel, whereby the actual synthesizer functions are in the upper, slightly raised panel area and functions that performers need to directly access are in the lower area, behind the keyboard. The four-octave Fatar keyed extends towards the player, protruding over the front edge of the case, a detail I remembered well from my beloved first synthesizer, the ARP Axxe. As with all ARP instruments of its generation, the keys were at risk of being broken, but the Super 6 has sturdy aluminium shields at the sides of the keyboard for protection. 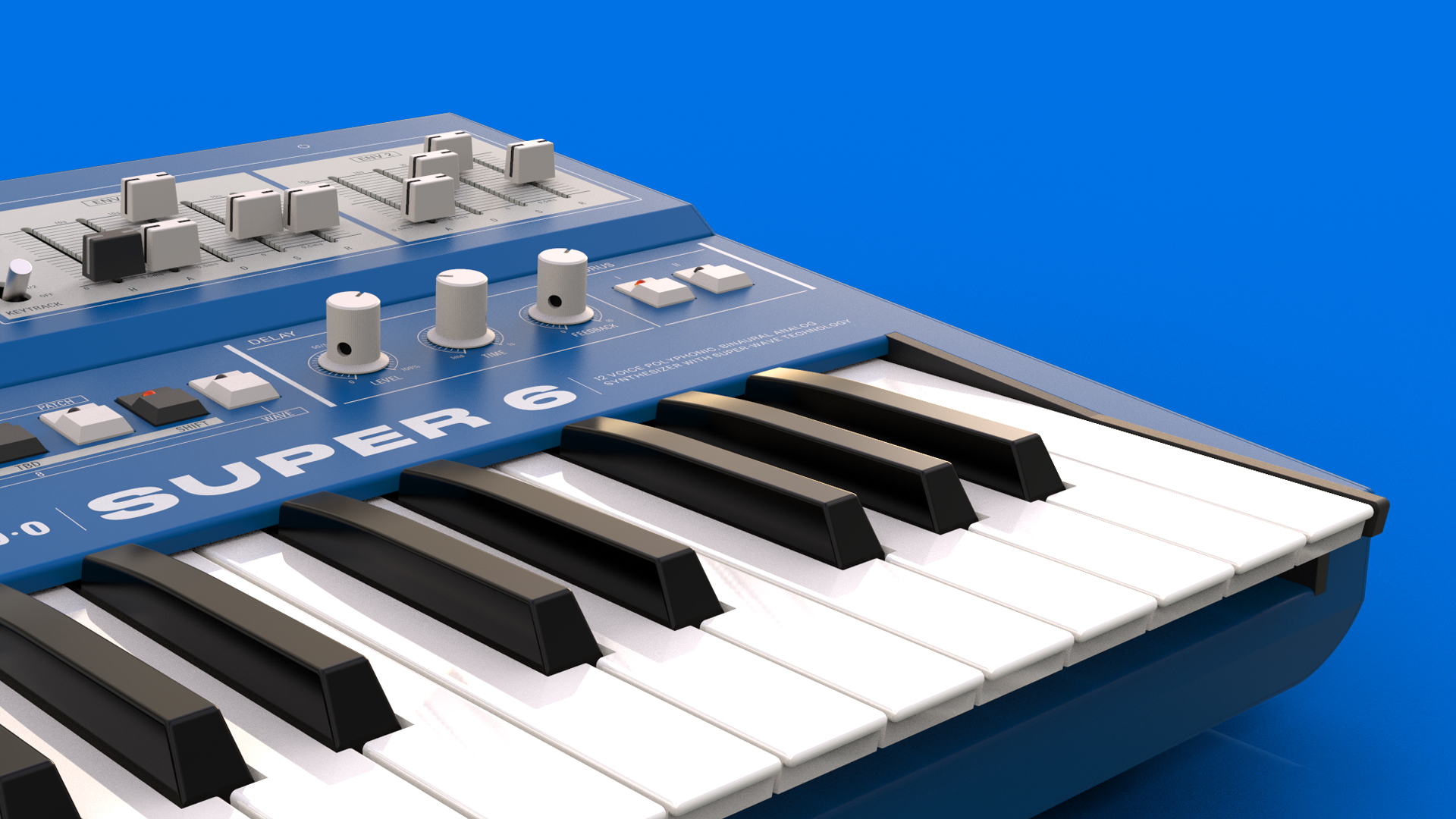 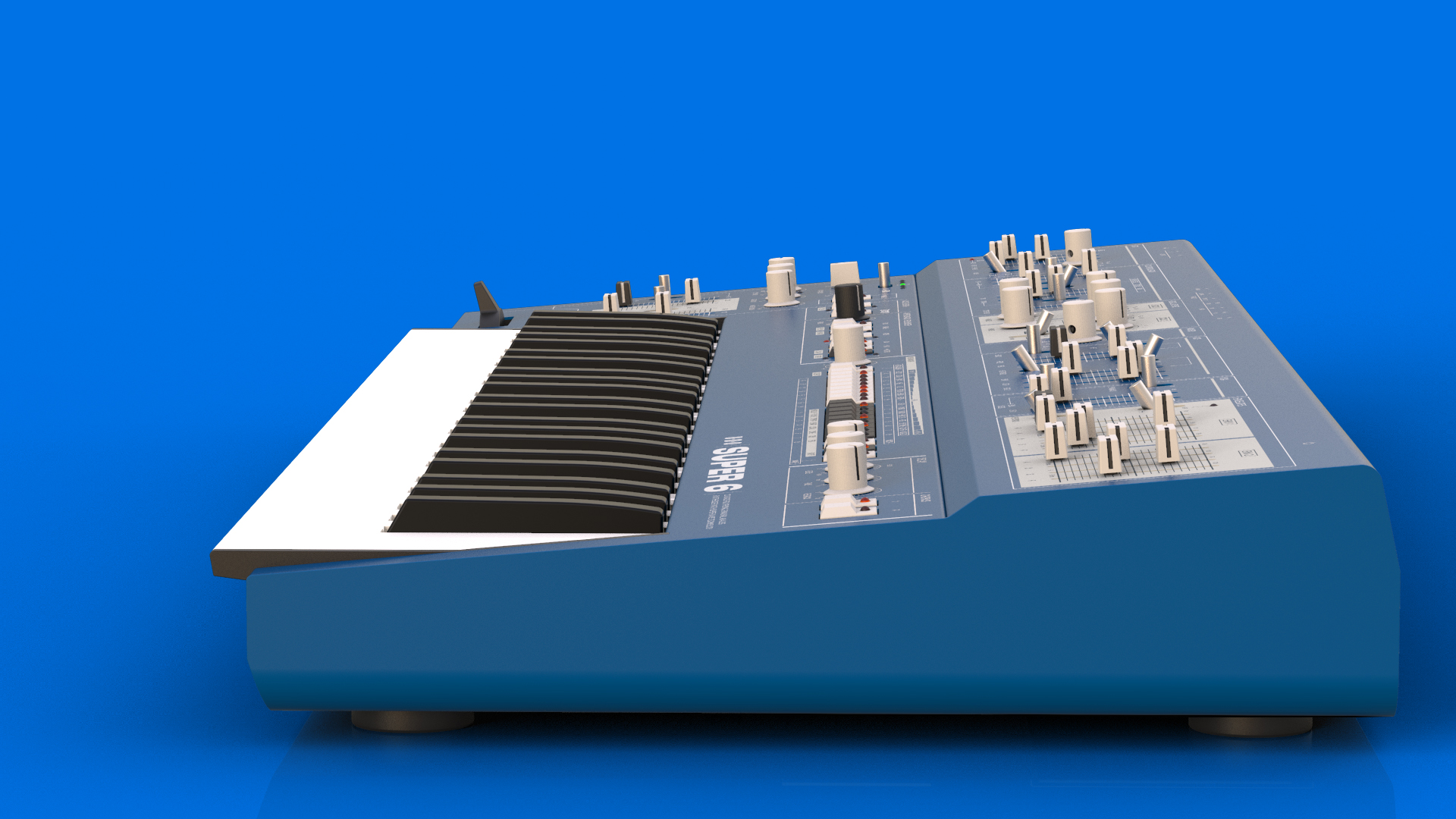 The Super 6 is available in two colours. Together with Magnus, we developed a perfectly matching colour scheme for both versions. Important functional units and modules are highlighted with a contrasting colour occupying their total surface. The high functional density of the instrument determined that the product graphics needed to be taken into account in the design and positioning of the operating elements.

The Super 6’s housing is entirely made of sheet metal. The visible screw connections of the side panels, inwardly offset design of the rear panel, and type and angle of the ventilation slots all express engineering stability. With a large radius at the bottom, the side panels allow the instrument to float, visually, and provide a compact, transportable appearance.