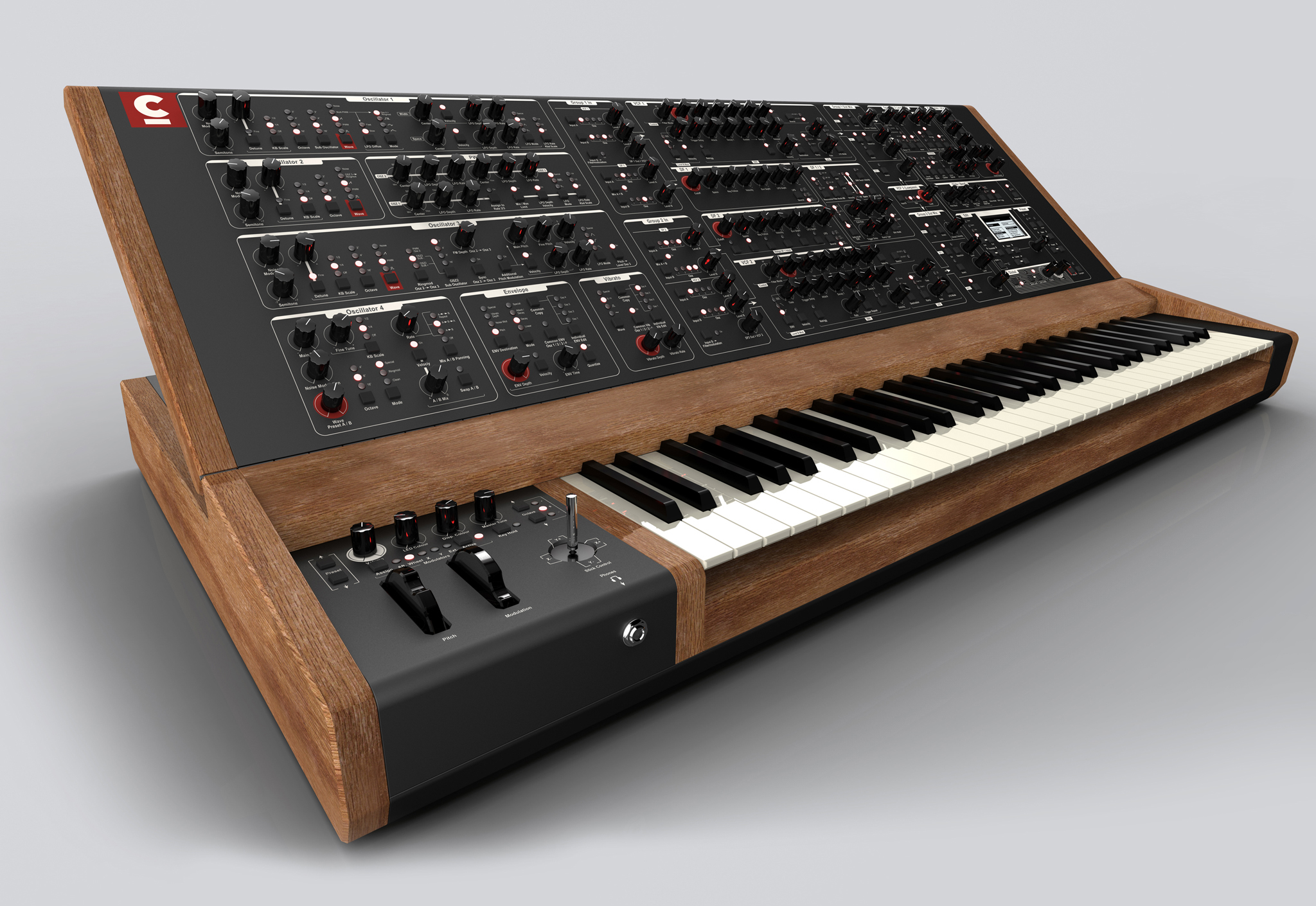 Moog’s German distributor, Stefan Hund, contacted me with an unexpected request. He had been supporting a certain Mr Schmidt in developing a large-scale synthesizer project for several years. I was already aware of Stefan Schmidt, thanks to German company MAM’s MB-33 Analog Retro Bass Synthesizer, an authentic-sounding clone of Roland’s reverential TB-303 Bassline that represented his first foray into serious (and successful) electronic musical instrument design. His large-scale synthesizer had just been finished, but still needed a suitable casing.

A few days later Stefan Hund and myself travelled to Nuremberg together to visit Stefan Schmidt. In a rather modest flat there, he presented us with the fruits of years of excessively meticulous development work in his typically self-effacing manner. Spread over two tables standing in a corner was an incredibly complex-looking circuit board ensemble. Everything seemed to be flooded with electricity. One of the circuit boards — easily identifiable as an output — was connected to a loudspeaker system from which emanated a powerful but not typically analogue sound. Surprisingly, Stefan Schmidt said that he does not really like undefined, mushy analogue sounds, but was more into digital, which he considered to be more interesting, complex, contemporary, and not so yesteryear. So he had designed his analogue synthesizer in such a way that it was able to produce believable-sounding digital tones, which was true.

Suitably sold, we went to a local Chinese restaurant — best to eat something before starting to think about the casing!

In any case, such a large synthesizer should be adequately packaged. We initially had a Fairlight-like approach in mind, with the sound-generating elements housed in a rack of some description — expandable, of course, controlled by a freely-selectable keyboard from Fatar. For those needing one, a weighted 88-key piano-style keyboard version would also be available. An ultra-slim remote control panel would be connected via LAN (Local Area Network). At least that was the plan for later as this was too complex at the time. For now, the challenge was packaging all of those circuit boards on the two tables as quickly and easily as possible into something that was also visually appealing and recognisable as an analogue synthesizer. So, old-school, after all, I thought.

We chose the highest-quality synthesizer keybed available from the Fatar catalogue. Indeed, it is comparatively high, which was not a problem since we needed to provide a lot of space within the case to accommodate the amply-dimensioned voice boards. Also, a Minimoog-like hinged panel would be nice, as would lots of wood.

Since the Schmidt Eightvoice Analog Synthesizer is a powerful instrument in all respects, we would not even attempt to hide this with the design, which was generous in all respects, relying on the contrast between lavishly-built real wood elements and an anthracite-coloured control surface that would be familiar from the established analogue synthesizer world. Since Stefan Schmidt had already set all the positions of the control elements on the panel before we started, this resulted in extremely matter-of-fact product graphics that take up its specified horizontal and vertical planes for the knobs and buttons. Indeed, its modules are delineated by simple lines and clearly labelled. Everything that lights up can continuously fade through all the rainbow colours, a notable feature that is used by most Schmidt users. While this effect might have been considered somewhat cheesy in a DIY store-like way, it is quite the opposite in reality.

Perhaps Stefan Hund will one day call again, and we can create a Schmidt as we originally envisioned it. Perhaps… 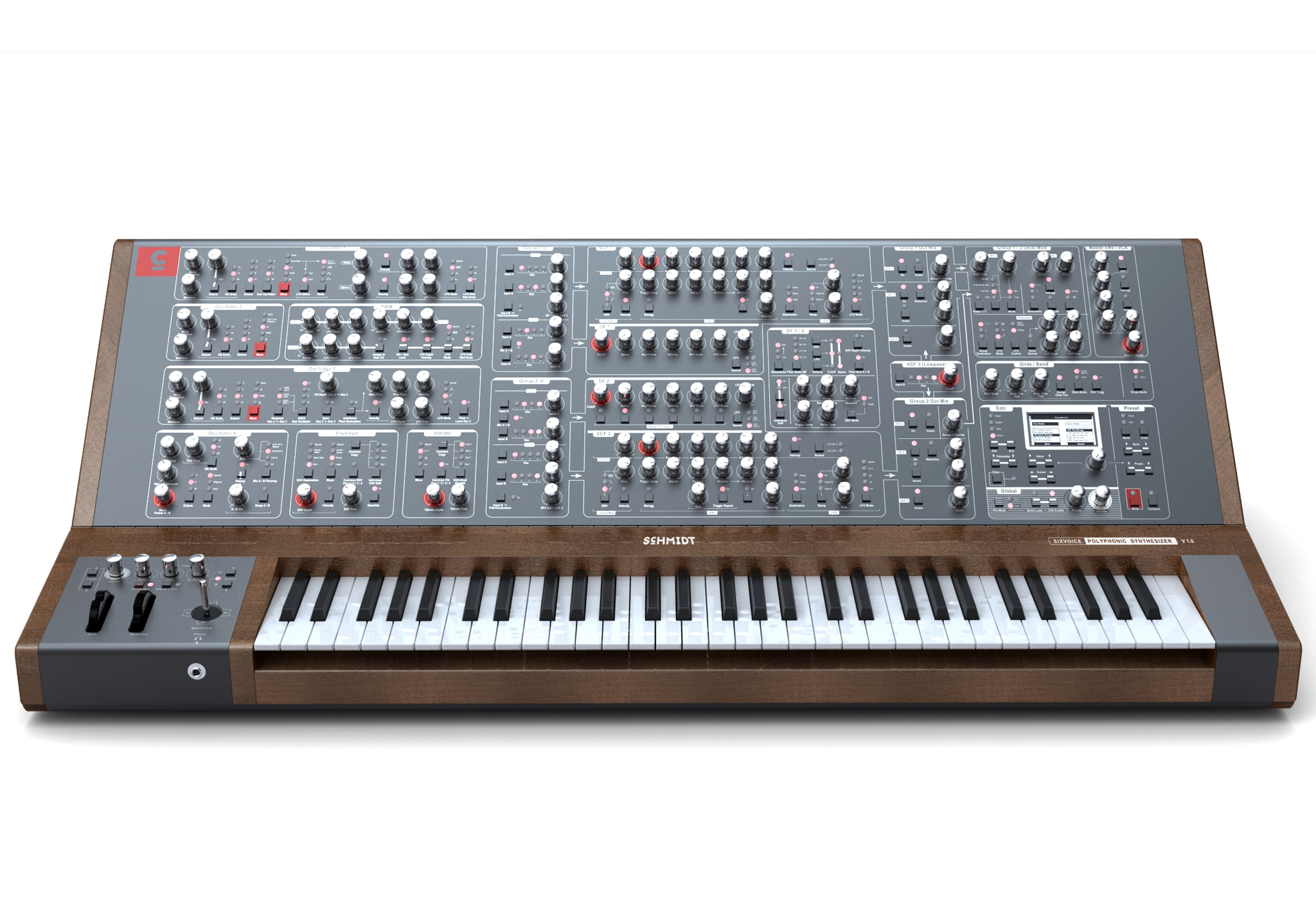 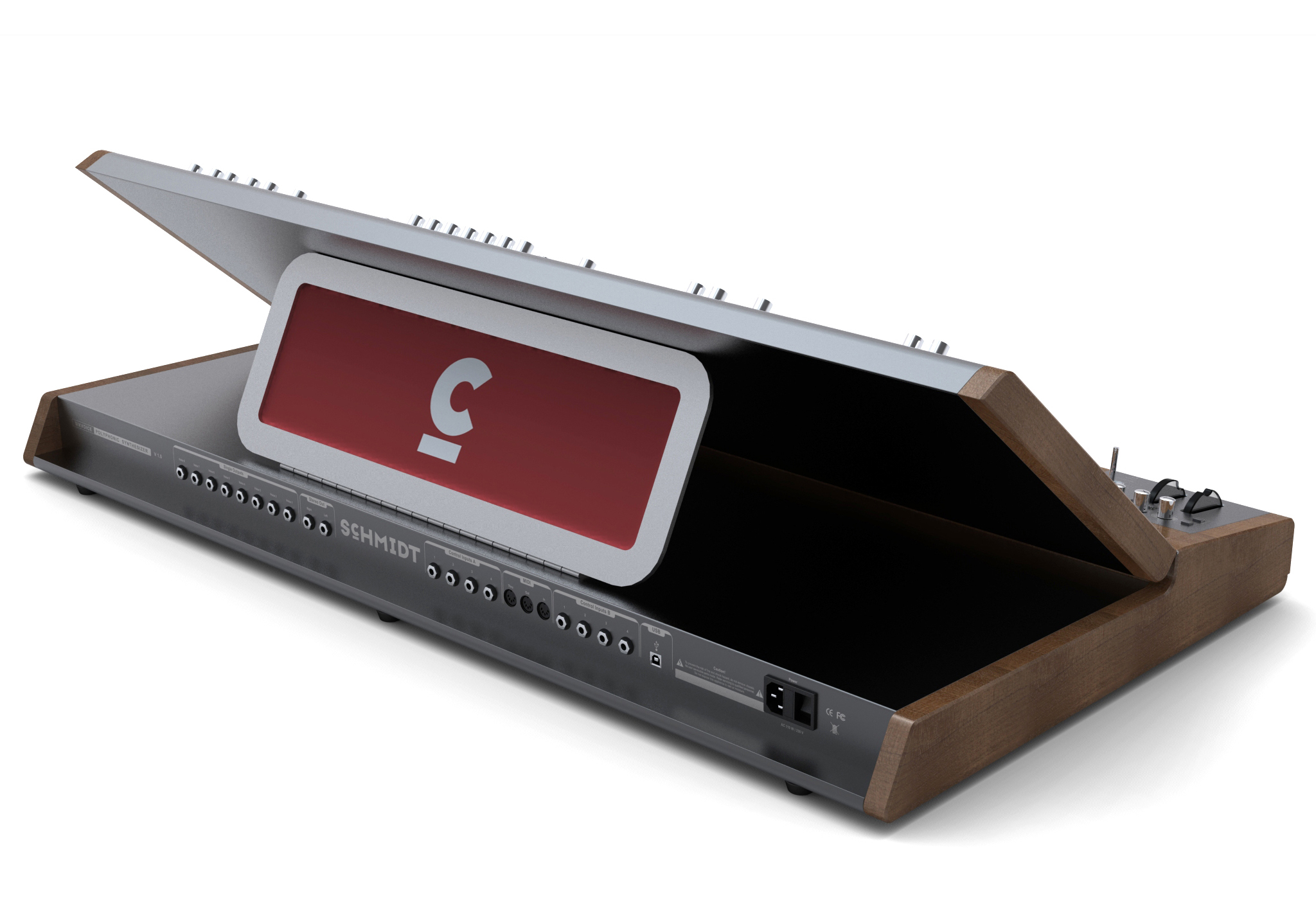 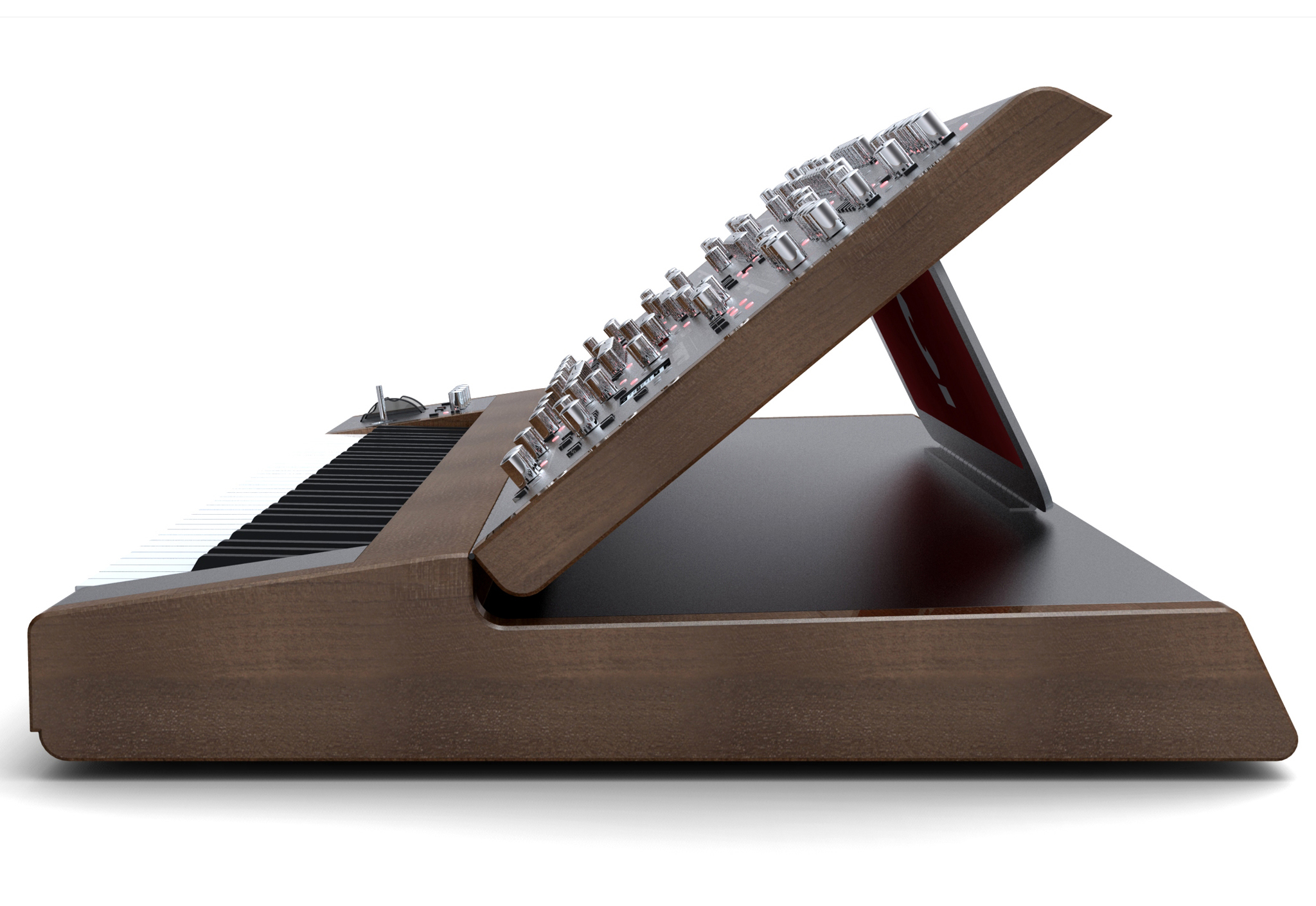 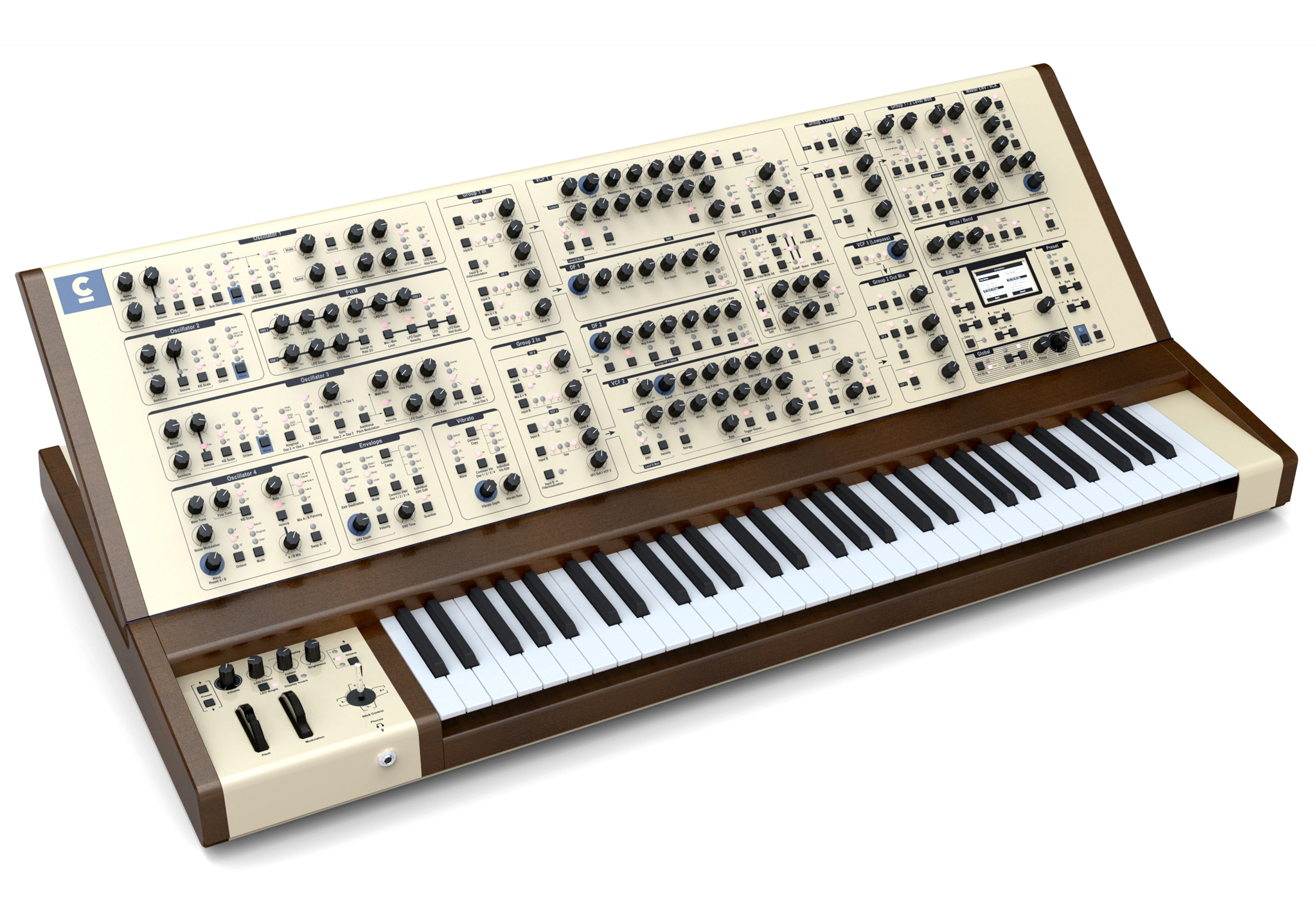 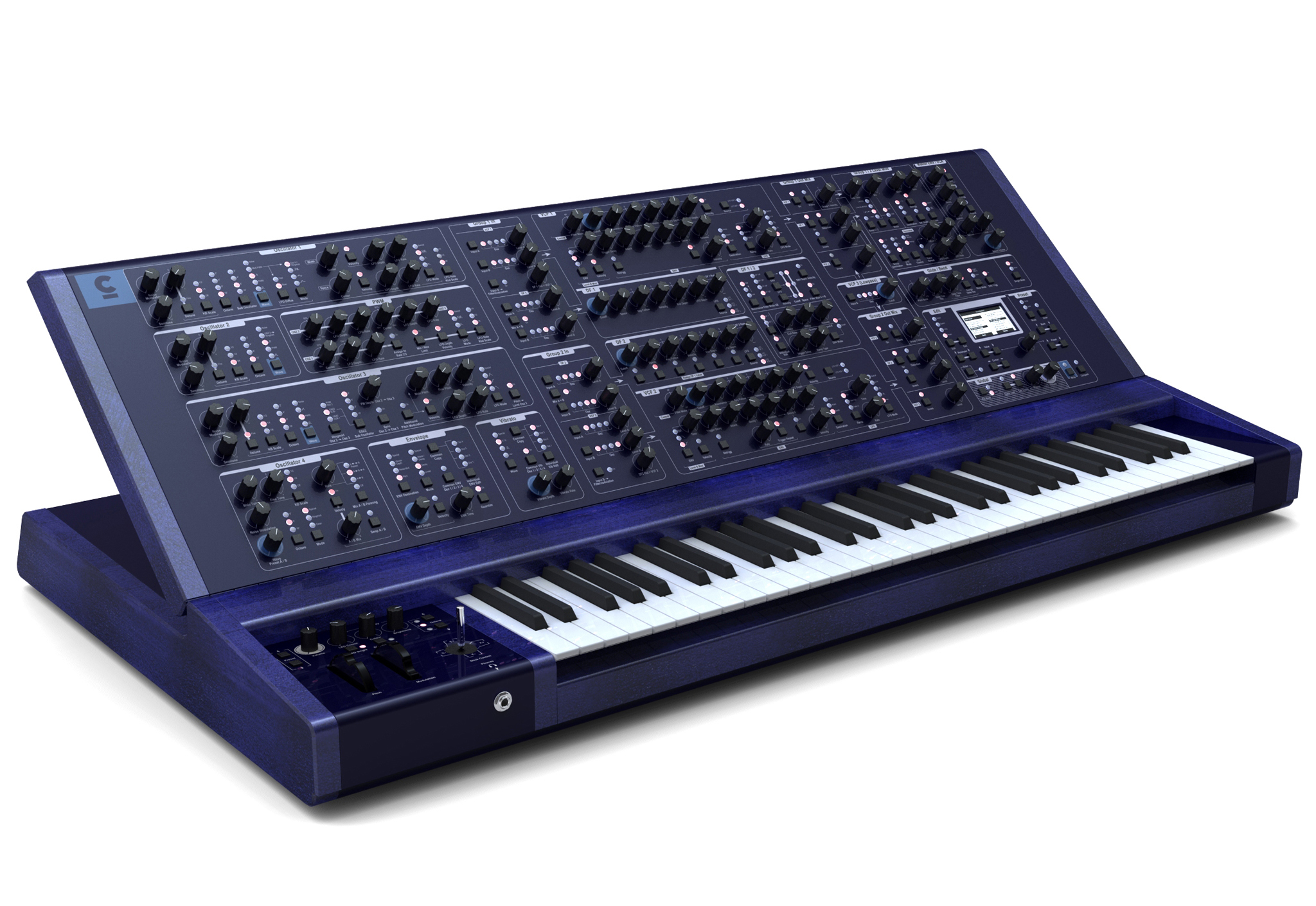