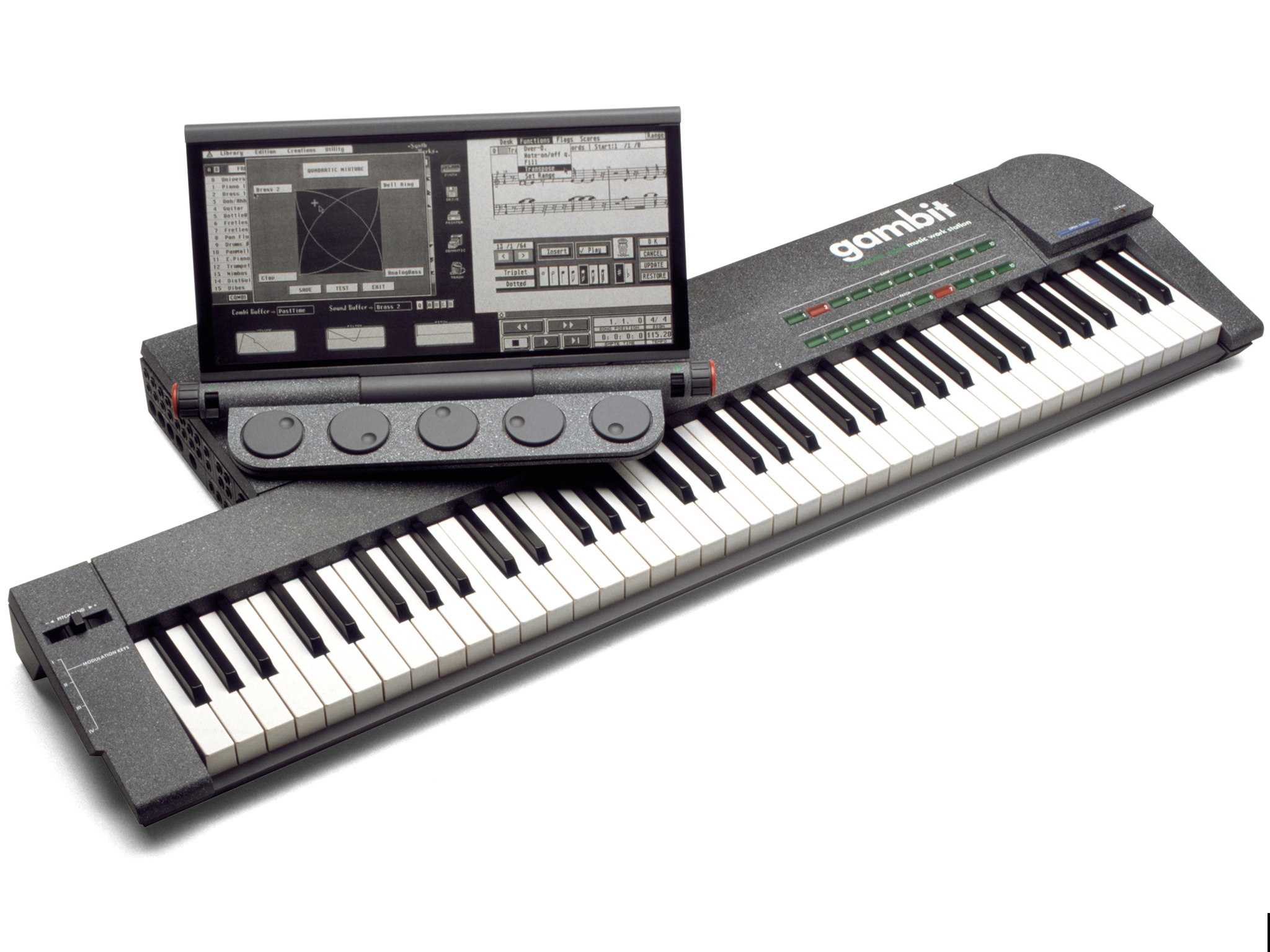 Since starting my design diploma studies, it was always my plan to combine my two passions — music and design — in my final thesis. When I started writing it towards the end of 1988, the term ‘workstation’ was just starting to take hold in a music-making capacity, thanks to sinfully-expensive hardware solutions — such as the Synclavier® from NED (New England Digital) in the United States, the Fairlight CMI (Computer Musical Instrument) in Australia, and, closer to home, Palm Products GmbH’s PPG Wave in Germany — making it possible to create complete music productions with one instrument. In addition, computer-based sequencers became both an interesting and very viable alternative to then-commonplace multi-track recording to tape.

The concept behind Gambit was, therefore, to combine a recording workstation, synthesis tool, audio editing suite, and mastering studio into an attractive, compact instrument. Its rotatable flat monitor meant musicians and technicians could work simultaneously, sitting opposite each other when working with one unit. Ultimately, Gambit should simultaneously provide several music programs and allow music to be burned directly to the current data medium using the integrated CD burner. Beyond that, Gambit’s design should also appeal to the instrumentalist by including a new type of controller unit for the left hand, which — in addition to a pitch-bend lever — provides four tactile finger keys below a detectable projection.

Purposefully, the flat monitor could be turned towards the user with a hand-adjustable angle of inclination held in the chosen position by friction. The monitor’s tilt pivot point is symbolically defined by a tubular element, with six large operating controls to control the screen contents clearly embedded on the opposite side. On each side of the tube there is a control dial and a (red) button. All functional elements around the monitor can be freely assigned by software. The monitor itself should be designed as a touch display. Complete patches can be stored internally and recalled via backlit bank/patch keys.

The instrument is housed in a compact, close-fitting case. The space below the monitor is designed as a box, inserted into the body of the keyboard at the rear. The CD drive is positioned in the same way — docked as a unit, making its function visually apparent by adopting the generous corner rounding. All in all, an exciting, asymmetrical basic body is created, whose form strictly follows the functions of the various components. The entire housing is kept in a basic (matt-grey) colour tone, and all sensitive surfaces are coated with speckled lacquer, the colour nuances of which come from the basic colour family.

As part of my diploma thesis, I hand-built a 1:1 scale model of Gambit and presented it to the university examination board. Gambit also appeared on the front page of the 03/1989 issue of Keyboards magazine in Germany and was presented around the same time to an attentive professional audience at Matten + Wiechers’ Synthesizer Studio Bonn, famed for custom-building the Synthanorma Sequenzer for techno-pop trailblazers Kraftwerk and fellow German synth-meisters Edgar Froese (Tangerine Dream) and Klaus Schulze. 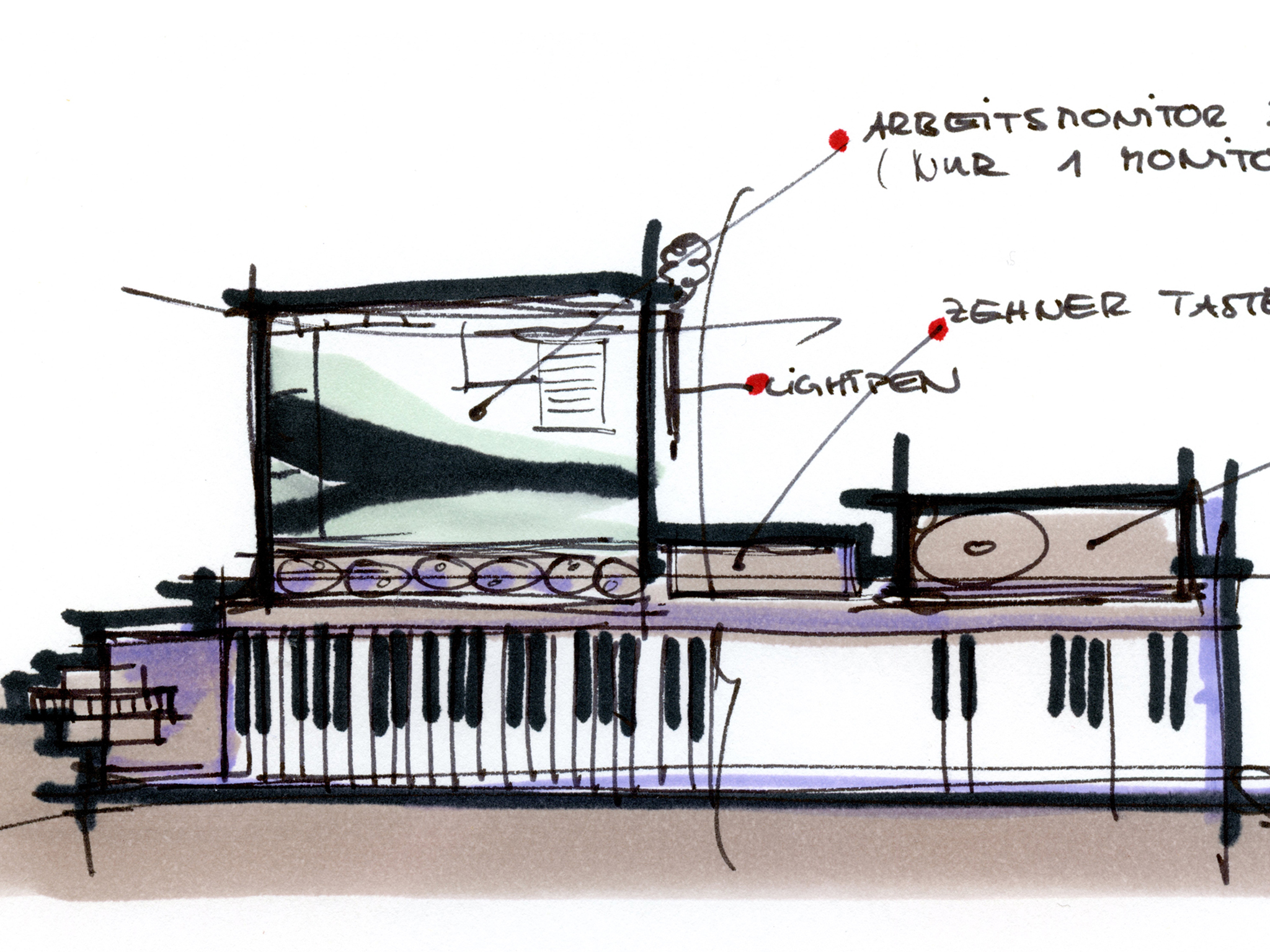 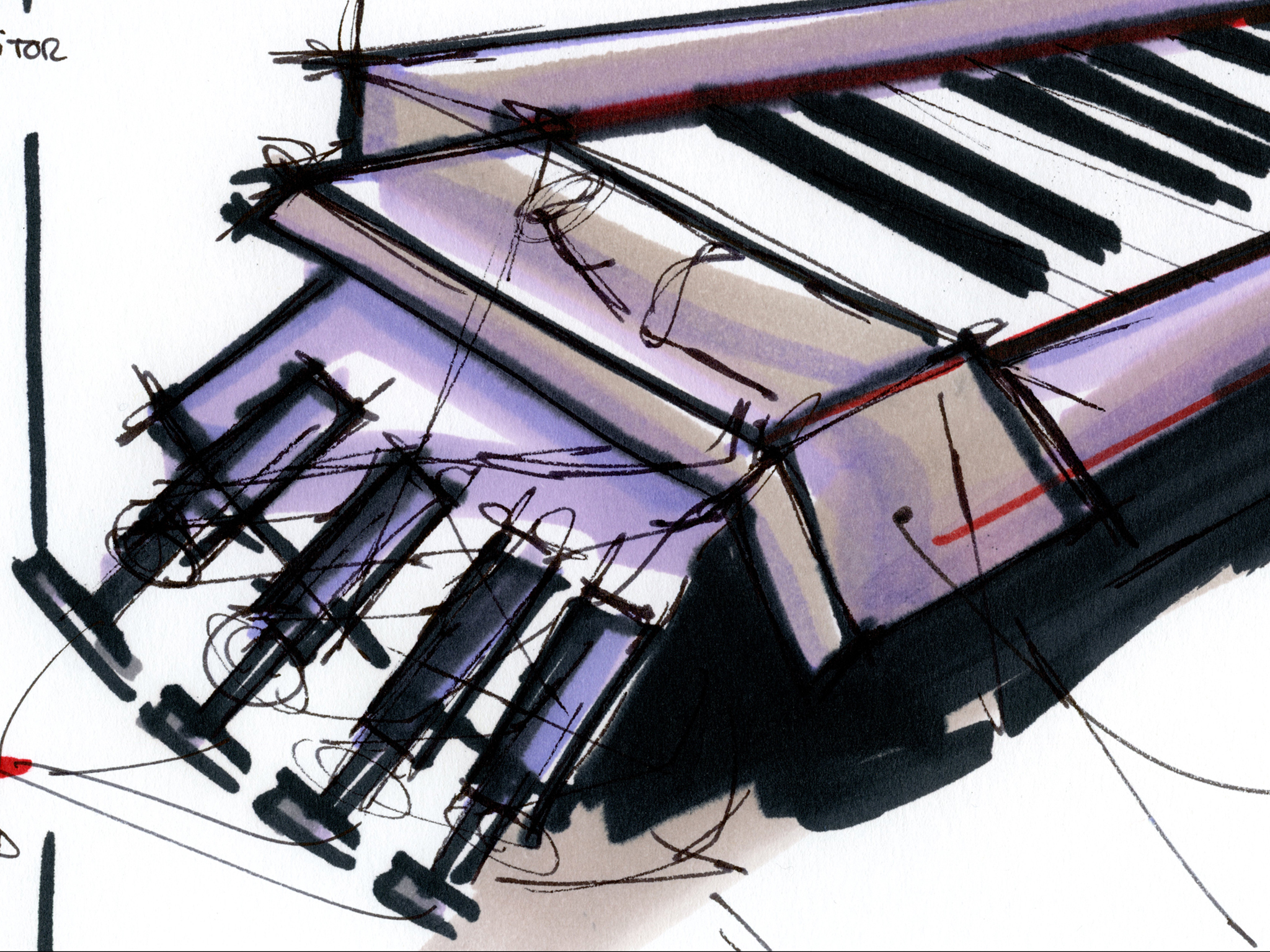 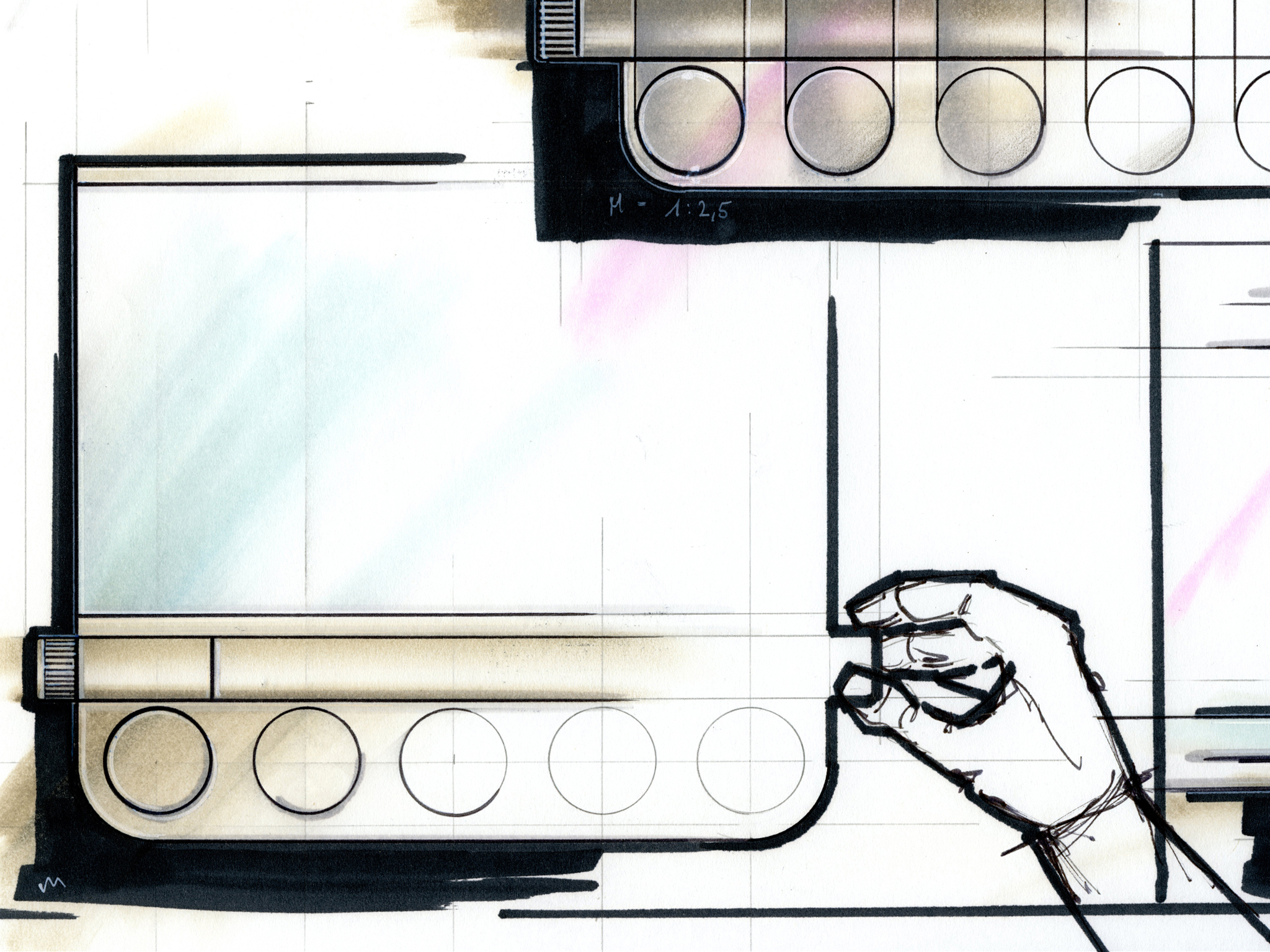 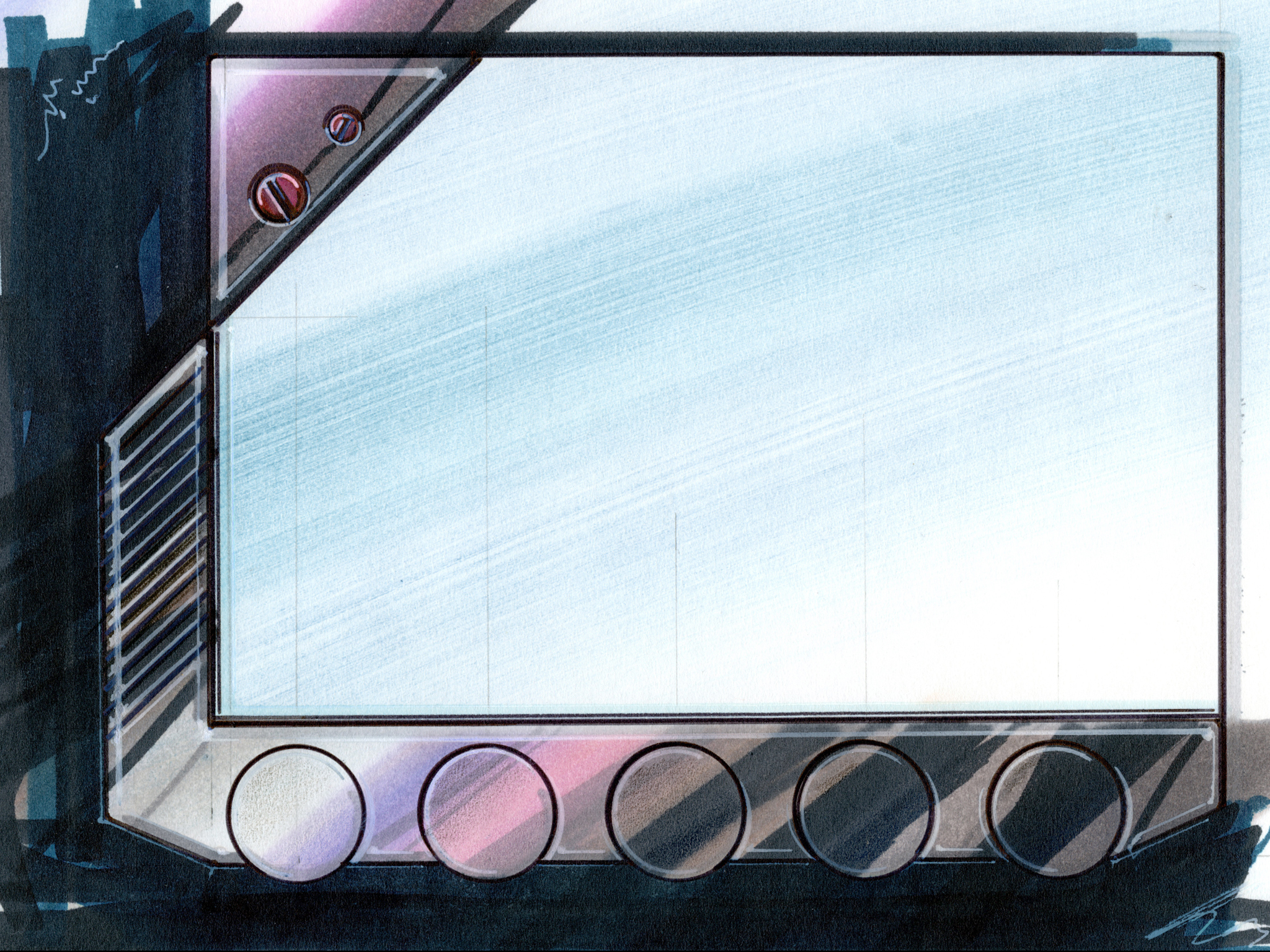 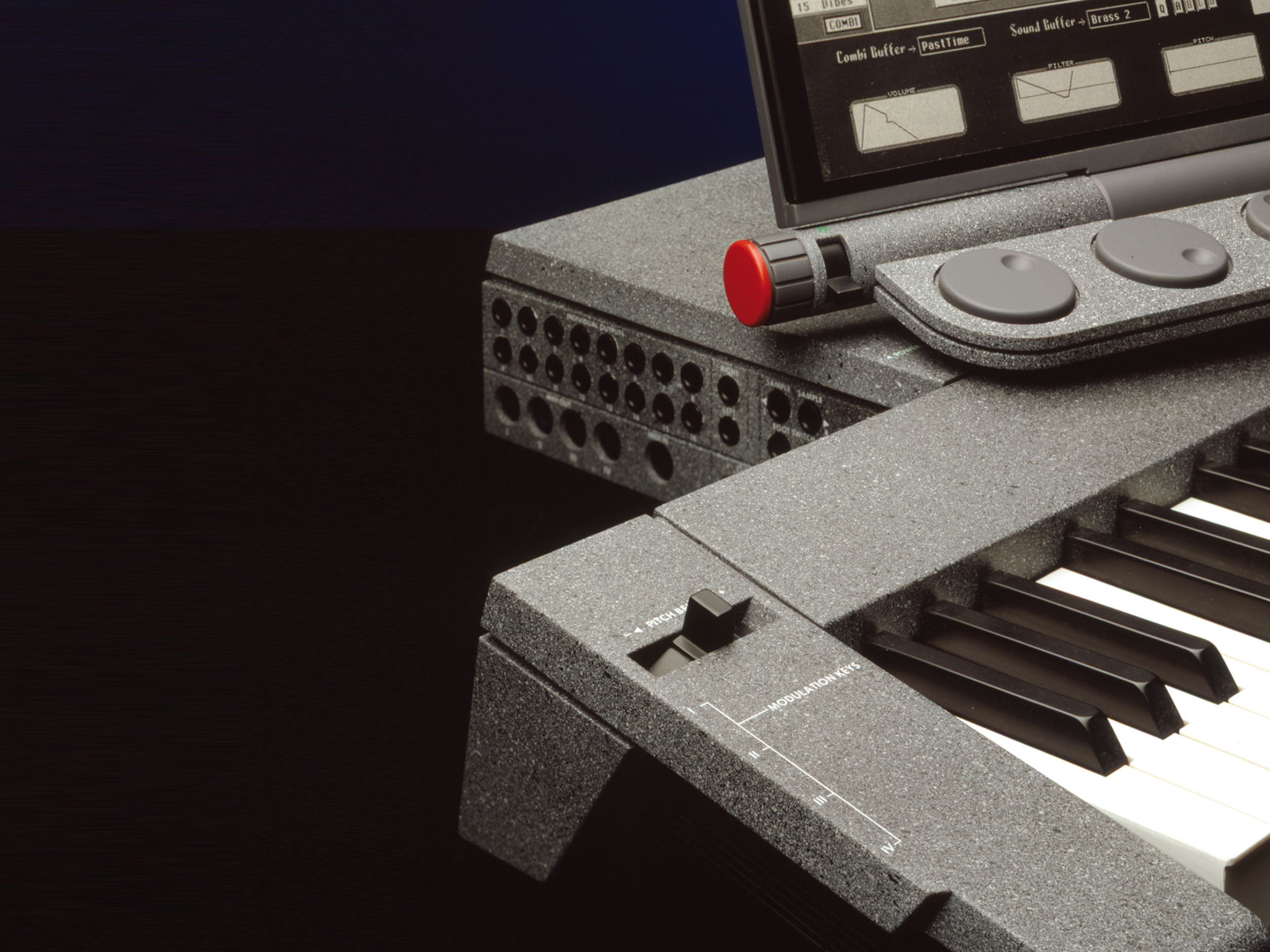 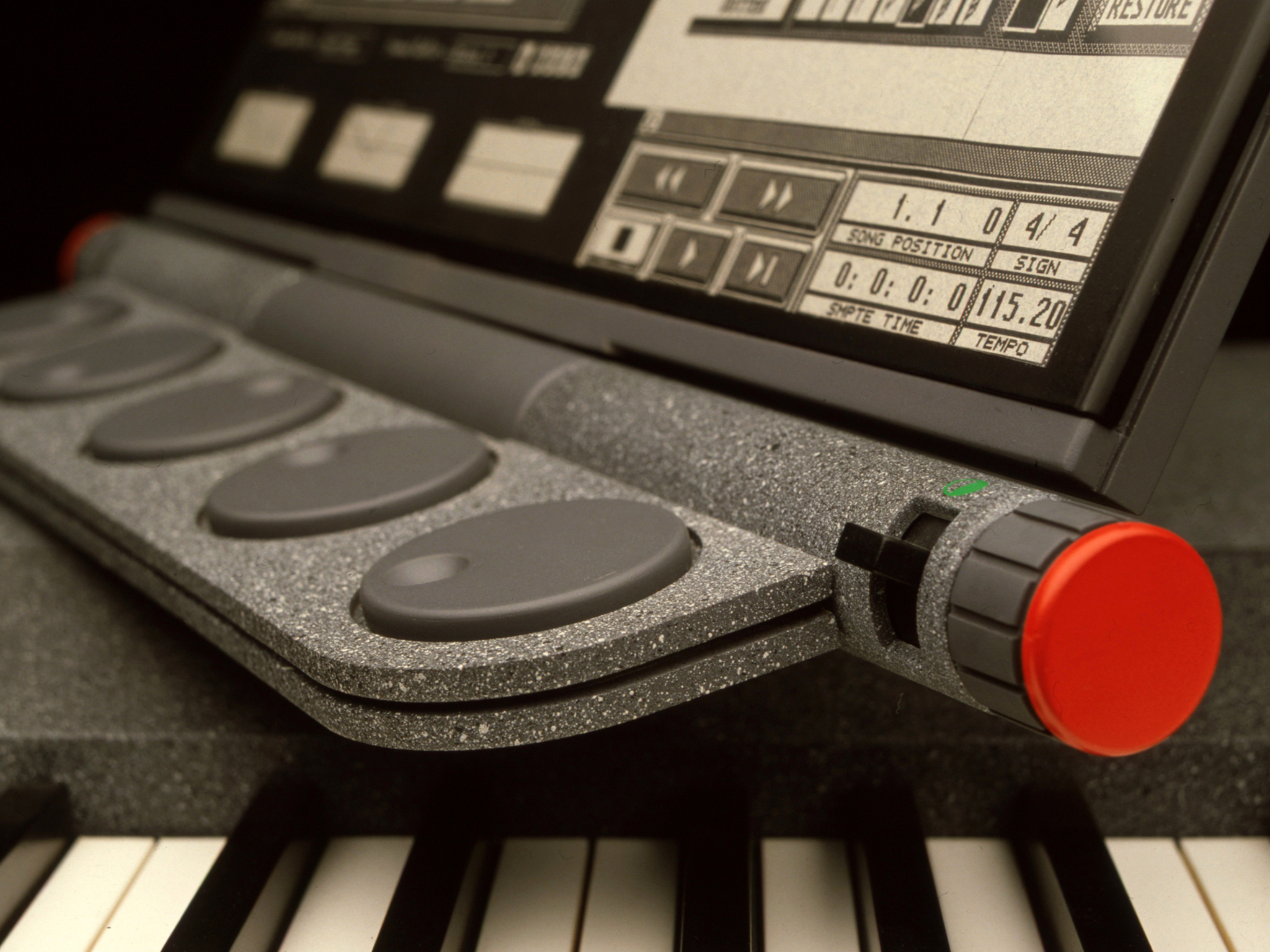