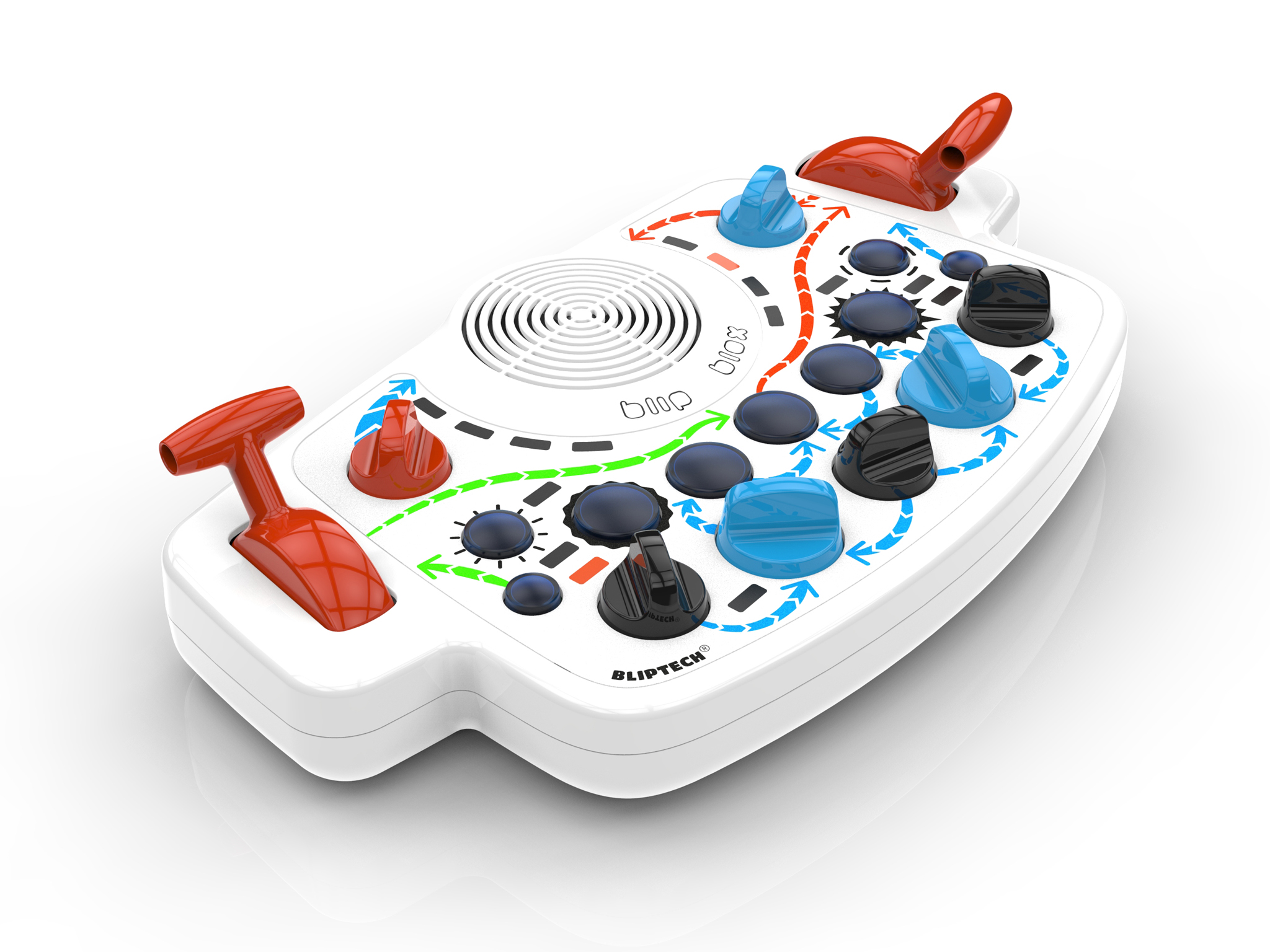 In late autumn 2016 Troy Sheets, a young Silicon Valley developer, sent me an e-mail saying that he wanted to build a synthesizer for young children — externally a toy, but internally a high-quality sound generator, topped with controls that are fun for two- to six-year-olds to use.

A prototype had been built with an already defined and tested range of functions. BlipBox needed to be self-explanatory and, of course, suitable for children. We were familiar with child-friendly industrial product design having worked with Ravensburger Spiele, for whom we had already designed an electronic xylophone for children in addition to several children’s toys where rounded edges and corners, clear colour worlds suitable for children, non-toxic materials that are easy to clean, no small parts that can be swallowed, and so on were the way forward.

As an internationally-usable toy for pre-school children, BlipBlox had to make do without any text labelling. (A Dark Vader-styled ‘Afterdark’ version for synthesizer-loving fathers would follow later — labelling included.) Its playful interface therefore shows possible sound design connections via snaking arrows. Drastically important functions are given equally drastic controls, as evidenced by what was originally designed as a slider in Troy´s concept being transformed into an aeroplane-style throttle control.

Red-coloured elements are at the top of the hierarchy of resulting effects, while dark-coloured buttons and sliders have a less drastic impact on the sound. Blue control elements definitely do something… well, blue — as confirmed by three- to five-year-olds at any rate! The high-gloss white base colour can be washed with a damp cloth and provides the perfect neutral background for the solid-coloured control elements.

The control panel itself extends in front the user/player, with symmetrically-arranged functions in its centre so as to invite inquisitive users on a two-handed sound discovery voyage. The controls and levers are extremely robust, mechanically, and capable of withstanding serious physical abuse. 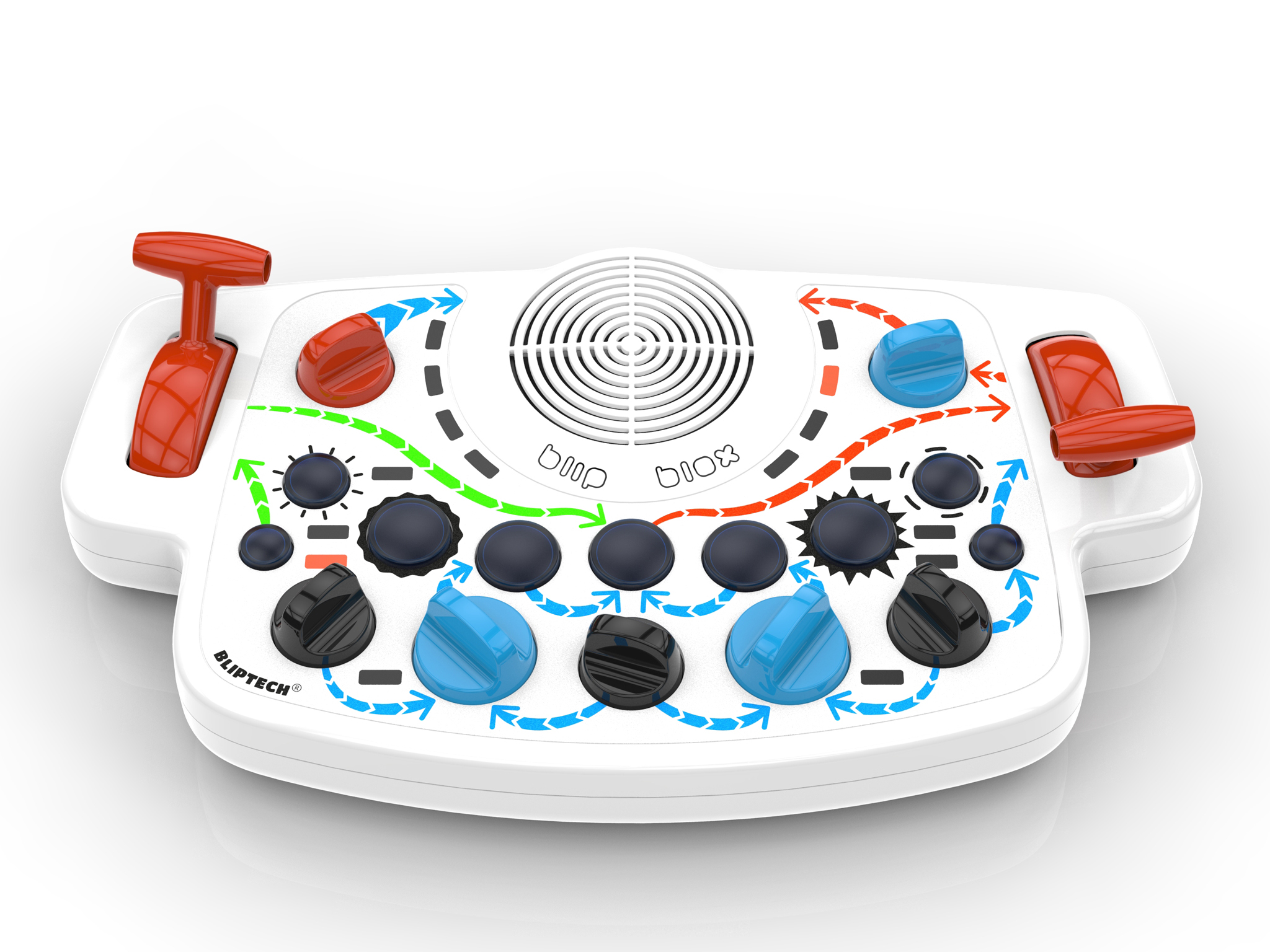 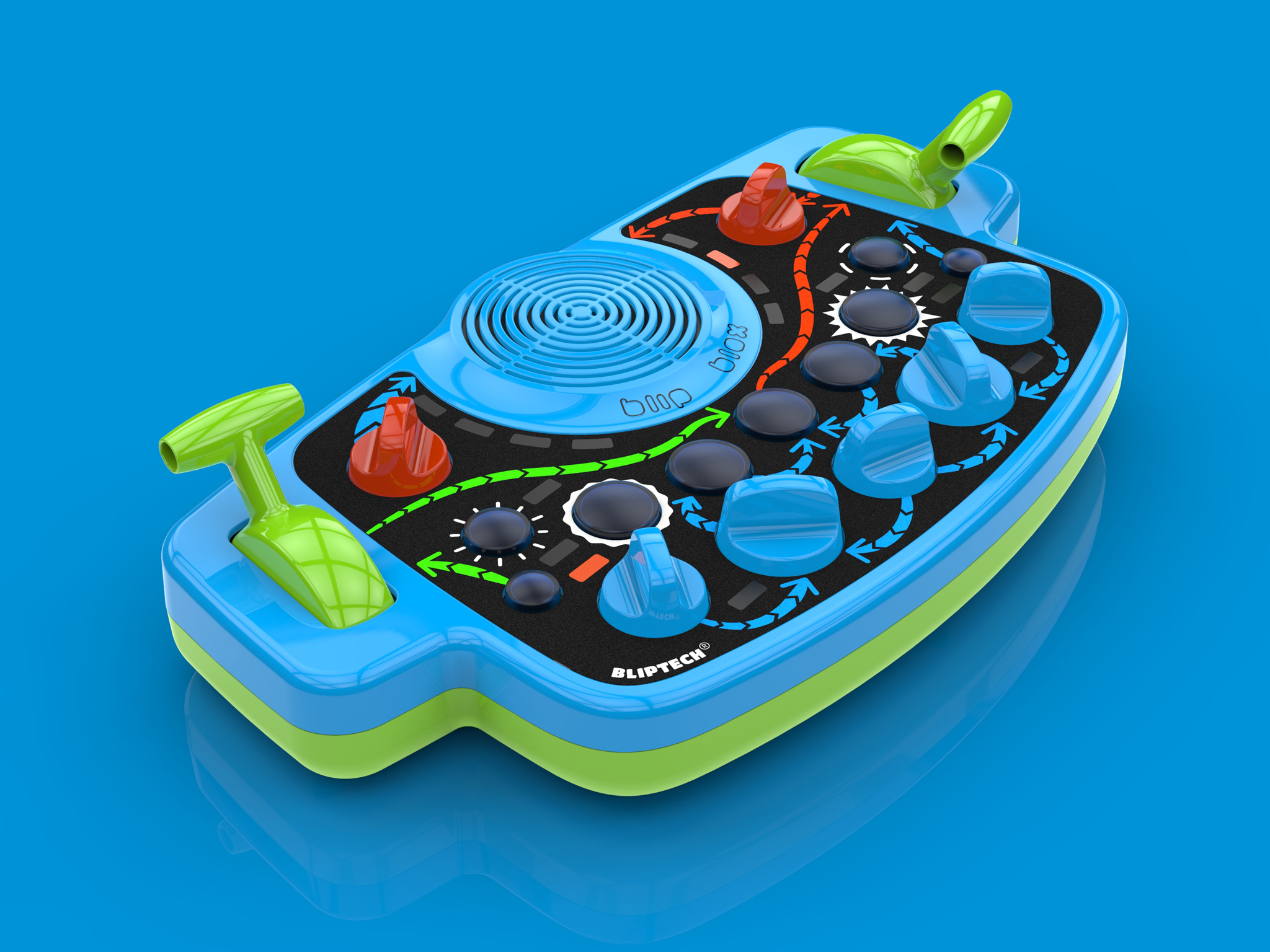 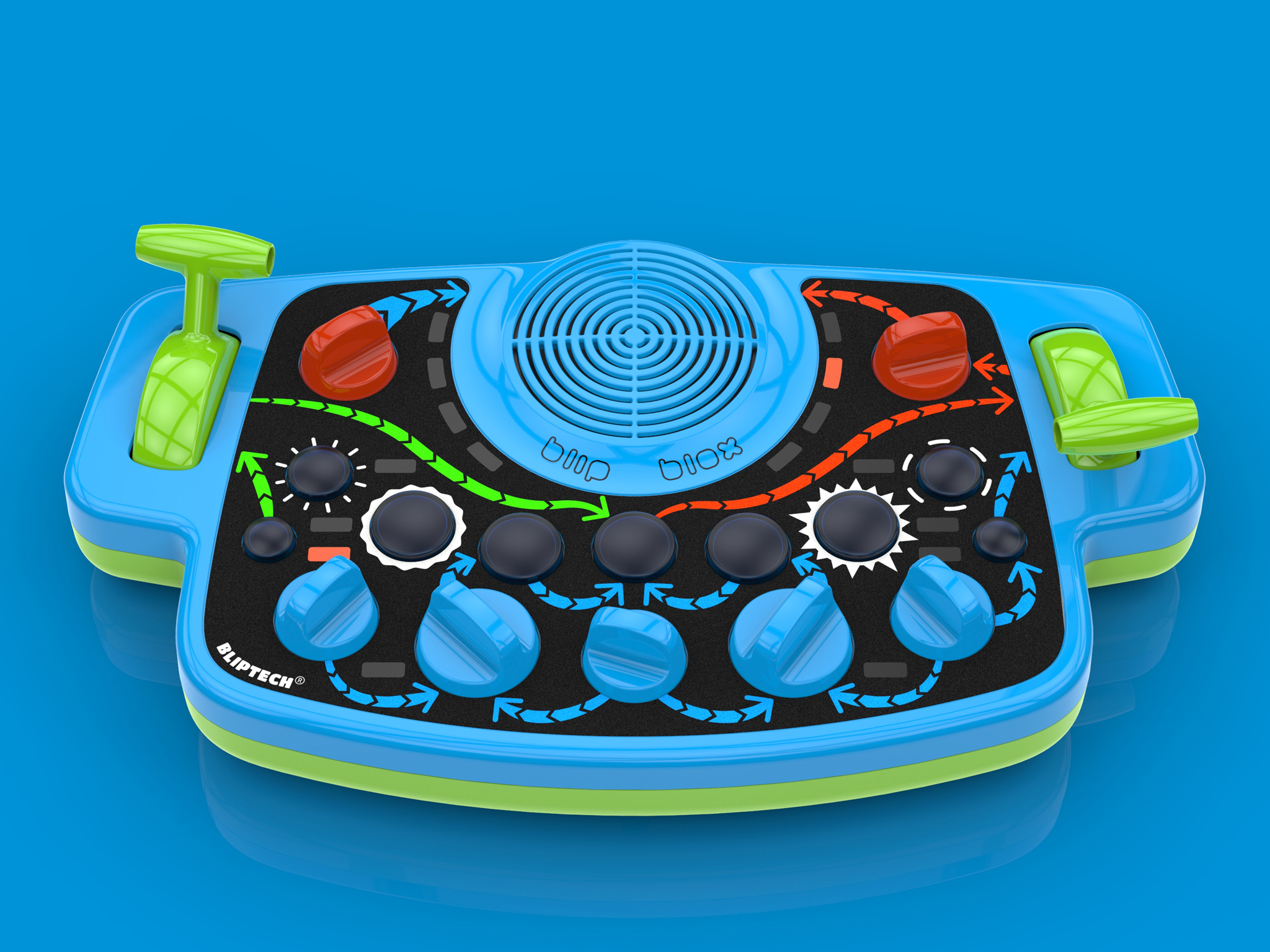 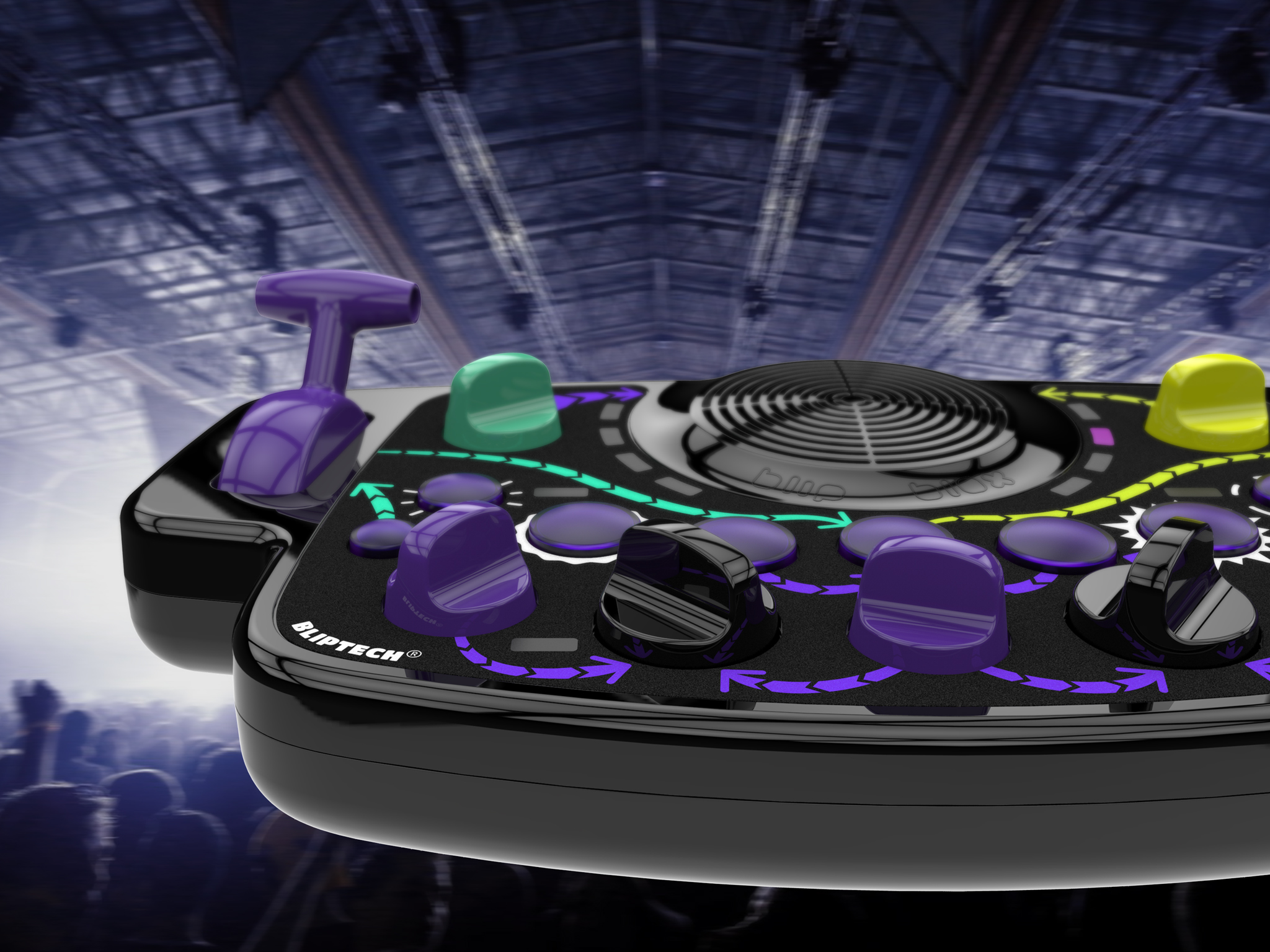 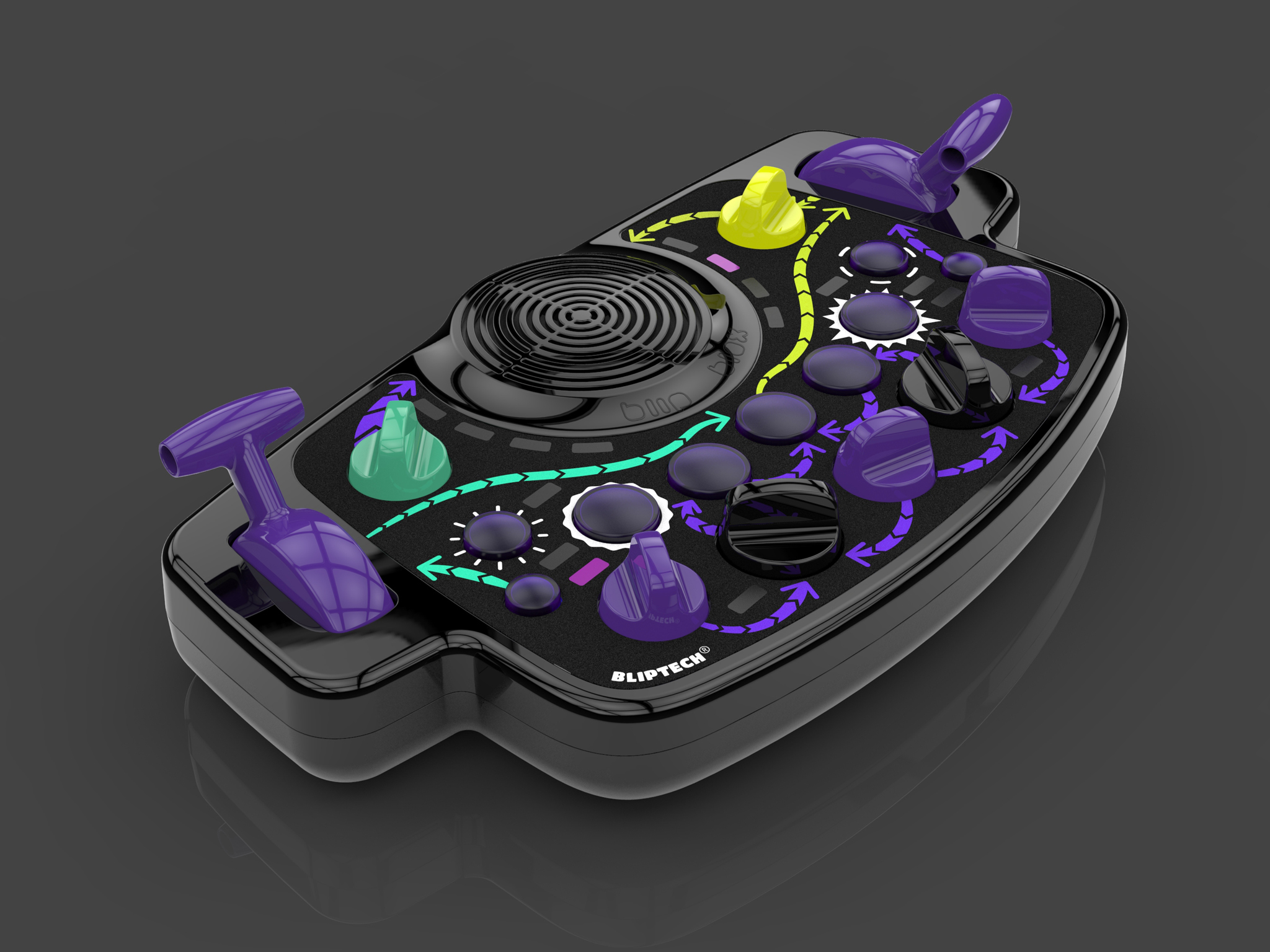 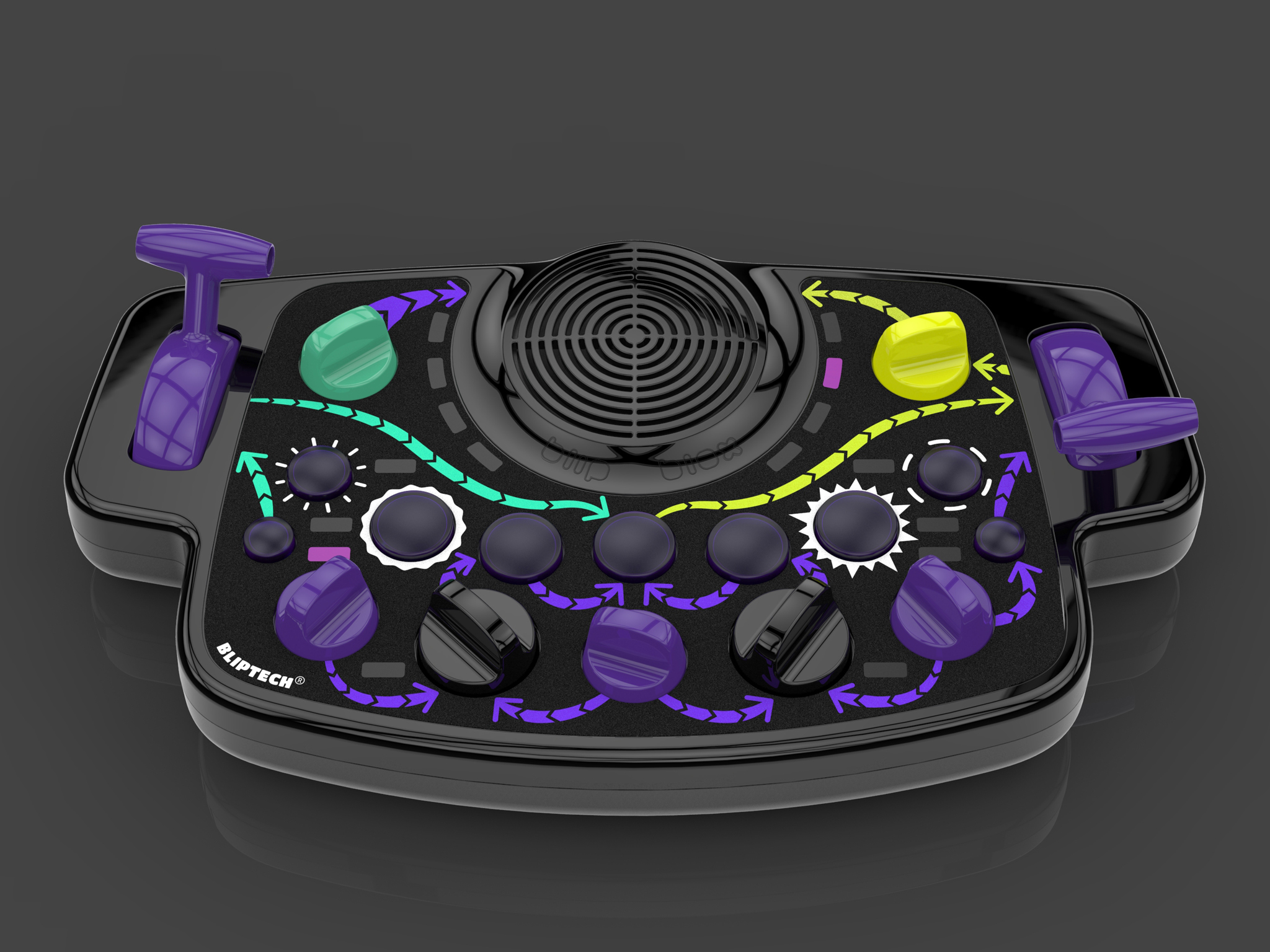